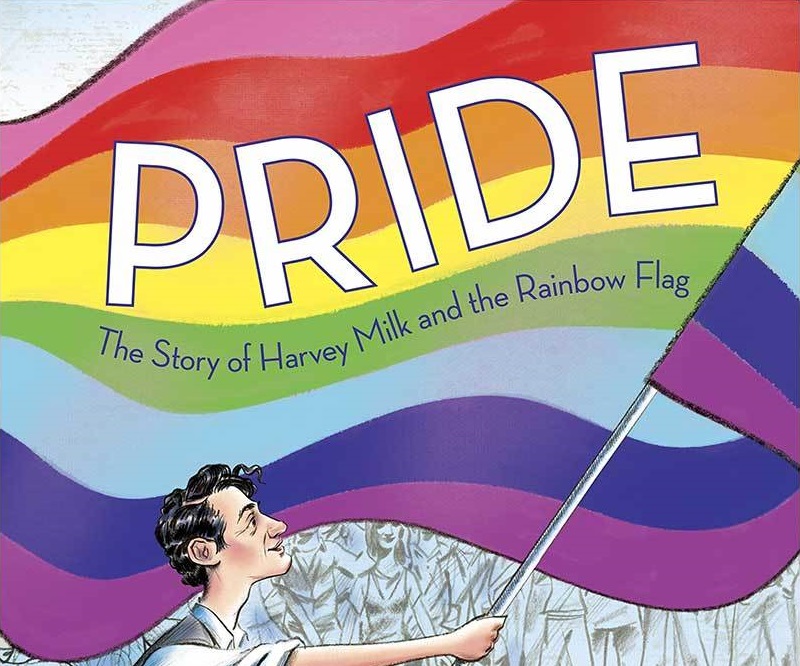 Her 7-year-old daughter knows that homosexuality exists now, and she is not happy about it.

In suburban Hanover County, the mother of a second-grader is “outraged” after learning that a book about the LGBTQ civil rights struggle was read to her daughter in class. Yesterday, WRIC’s “8 Investigates” series reported on a complaint from Culley Burleson, who has a 7-year-old daughter currently attending second grade at Henry Clay Elementary School in Ashland.

“I think the topic was very heavy, I think it was inappropriate,” Burleson said in WRIC’s report on the incident.

The book in question? Pride: The Story Of Harvey Milk and the Rainbow Flag, by Rob Sanders and Steven Salerno. To Burleson, the topic was “a little too much for a 7-year-old to understand and grasp.”

Reporter Kerri O’Brien responded with a voiceover as illustrations from the book scrolled by. “It is considered a children’s book, and Amazon calls it [a] best children’s book of the year,” O’Brien says. “But this mom thinks it’s too adult for a classroom of 7-year-olds.”

One of Burleson’s main complaints was that the book “caused her [daughter] to know what homosexuality was.” She was also upset that an illustration in the book showed people protesting Milk, holding signs that said “Gays must go” and “God says no.”

“That image was enough for my daughter to come home and question why God would hate anyone he created,” Burleson told WRIC’s Kerri O’Brien. “She has been told her entire life God doesn’t hate anyone. Love everyone, if you don’t understand something about someone, pray for them, ask questions.”

Of course, at this point one must ask how Burleson intends to explain some of her fellow Christians to her daughter as she gets older. Indeed, it was only weeks ago that Westboro Baptist Church came to Richmond to protest the existence of Danica Roem. The slogans on their signs said things like “God Still Hates Fags,” and “Fags Doom Nations.” The signs depicted in Sanders and Salerno’s book are mild in comparison.

O’Brien goes on to report that WRIC reached out to Hanover County Schools, and their doing so resulted in Henry Clay Elementary School’s principal sending a letter home to parents, saying that the use of Pride in the classroom “was not vetted through the appropriate process at our school. It is also not an approved part of our curriculum.”

At the end of the segment, O’Brien asked Burleson, “What would you like to see happen here?”

“I want to see Hanover County’s policy changed where parents are aware of what materials are going to be read in the classroom,” Burleson replied.

And so, regardless of how far we’ve come, it seems there are still people out there who consider the existence of the LGBTQ community to be a matter requiring parental guidance, and are able to obtain a platform on local newscasts to air those views.

To the anonymous Hanover County schoolteacher left under the bus by all this, we at GayRVA salute you. Hopefully the day will come when you can tell children that we exist without having reporters call your boss about it.