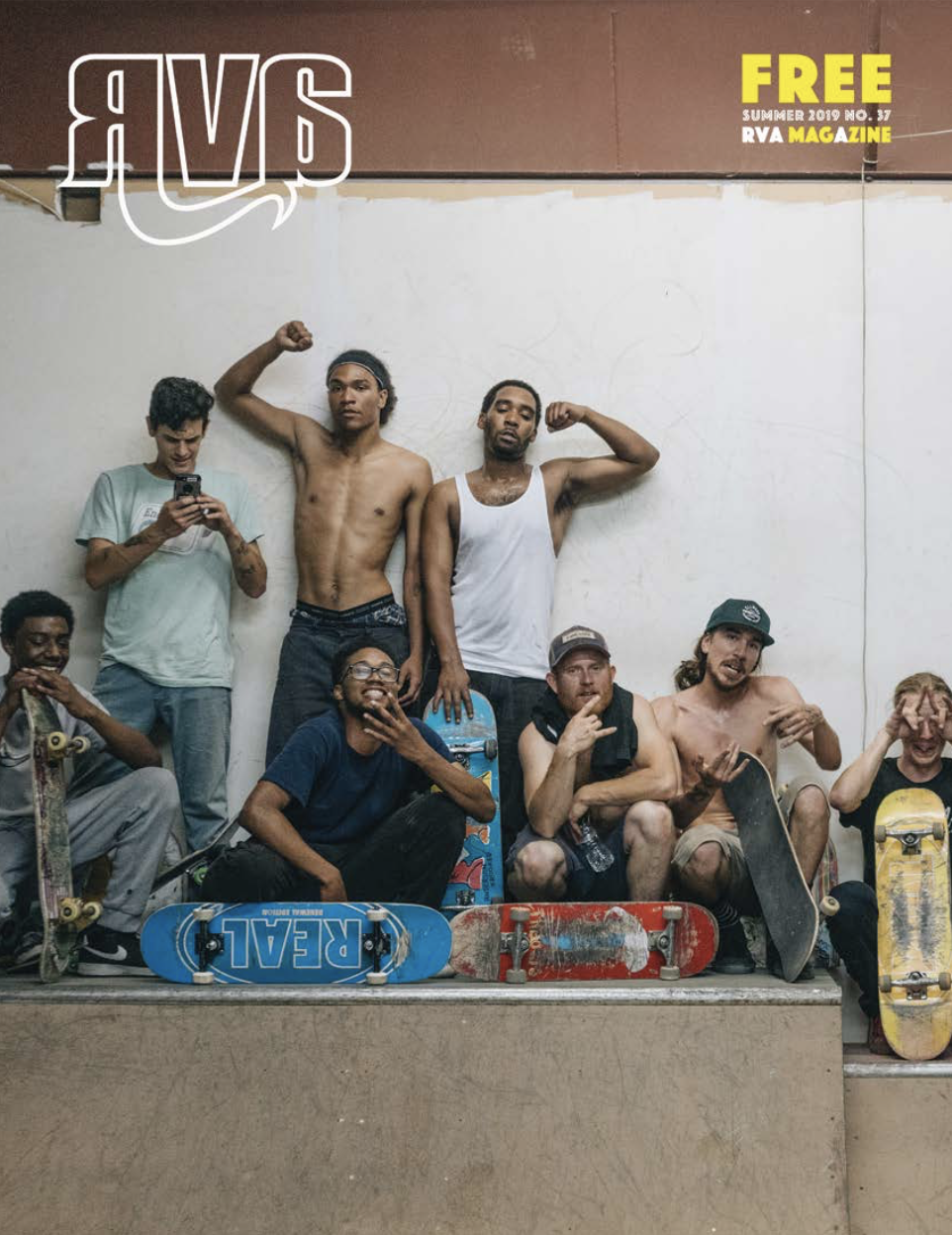 It’s August, it’s hot, and it’s only going to get hotter here in the River City with the arrival on the streets of RVA Magazine #37, our Summer 2019 issue! This one’s bursting all around, with plenty of art, music, news, politics, and more. From the far corners of the Commonwealth to right here in Rich! Mond! Vee! Ay!, RVA Magazine is on point with the coverage of Virginia’s street-level culture that you’ve known and loved for the past 14 years.

The biggest news of the summer here in Richmond was the reunion of Avail, the band who defined Richmond’s music scene in the 90s and helped put the river city on the musical map throughout the country and beyond. After 12 years away from the stage, they brought a hotly-anticipated two-night stand to the National and blew fans’ minds all over again. In the run-up to that memorable weekend of rock, we had an exclusive conversation about their reunion with vocalist Tim Barry, and you’ll find it all in this issue of RVA Magazine!

We’re also bringing you an in-depth profile of Trevor Frost, a photographer and Richmond native whose work with National Geographic and other world-renowned publications has taken him to every corner of the globe. You’ll learn what Frost has seen and discovered in his voyages, and why he keeps coming back to Richmond every time.

We don’t just focus on Richmond, though — our reporting takes us to the farthest reaches of the Commonwealth this issue, where we learn about Tennessee-adjacent Lee County’s attempts to create a policy based on comments from political leaders about arming teachers to prevent school shootings. Why does this rural county at the very tip of Virginia’s panhandle think such a policy is a good idea? And how do they intend to put it into practice? We’ll give you a deeper look.

We’ve got a lot more in store for you in this issue as well, from a GayRVA report on the recently-released documentary capturing and honoring the life of legendary Richmond cult figure Dirtwoman to an exclusive conversation with up and coming postpunk band Unmaker. We’ll also learn about the hip hop and skateboarding connection with Richmond’s own Washington Avenue Skateboards, and take a closer look at the history of the city’s underground graffiti scene — a major influence on the mural boom RVA is undergoing today.

All of that is in store for you when you grab your very own copy of RVA #37, available in all your favorite local businesses around town. Get yours now… they’re going fast!

Check out the digital version on Issuu below.