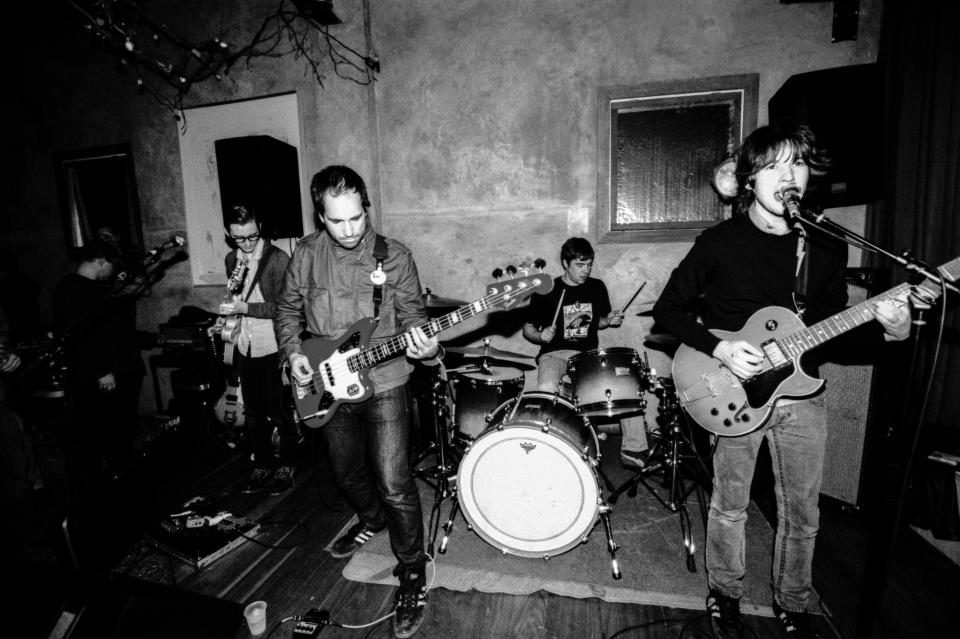 One of my favorite things about this city is the fact that you can see great live music every night of the week. It’s a grand tradition that never fails to leave me feeling excited for the next evening. I often think the way to truly understand a band is to see them in the live environment. It’s not that studio recordings don’t hold up–it’s that you can really absorb the energy of a band from seeing them with your own eyes, and not simply limiting the experience to the comfort of your bedroom. Here is my list of Richmond bands that I think really annihilated it this past year.

I have no idea if Josh Small will ever release another record, but as long as he keeps playing live, I can feel satisfied. These days, he has been donning an electric guitar, which is quite the transition for his performances. It allows his songs to feel a bit livelier, if that was even possible. There is a very solid foundation for the belief that Josh Small is one of the best musical treasures Richmond has to offer.

The dynamic duo of Zoe and Gracie Golden can’t be matched. Their sets can range from sloppy to dead-on, but the most important factor is that they are having a blast. Whether they are studiously engaging in their pop fanaticism or grinning like fools, there is nothing even remotely akin to the experience of seeing The Blue Rajas kill it. 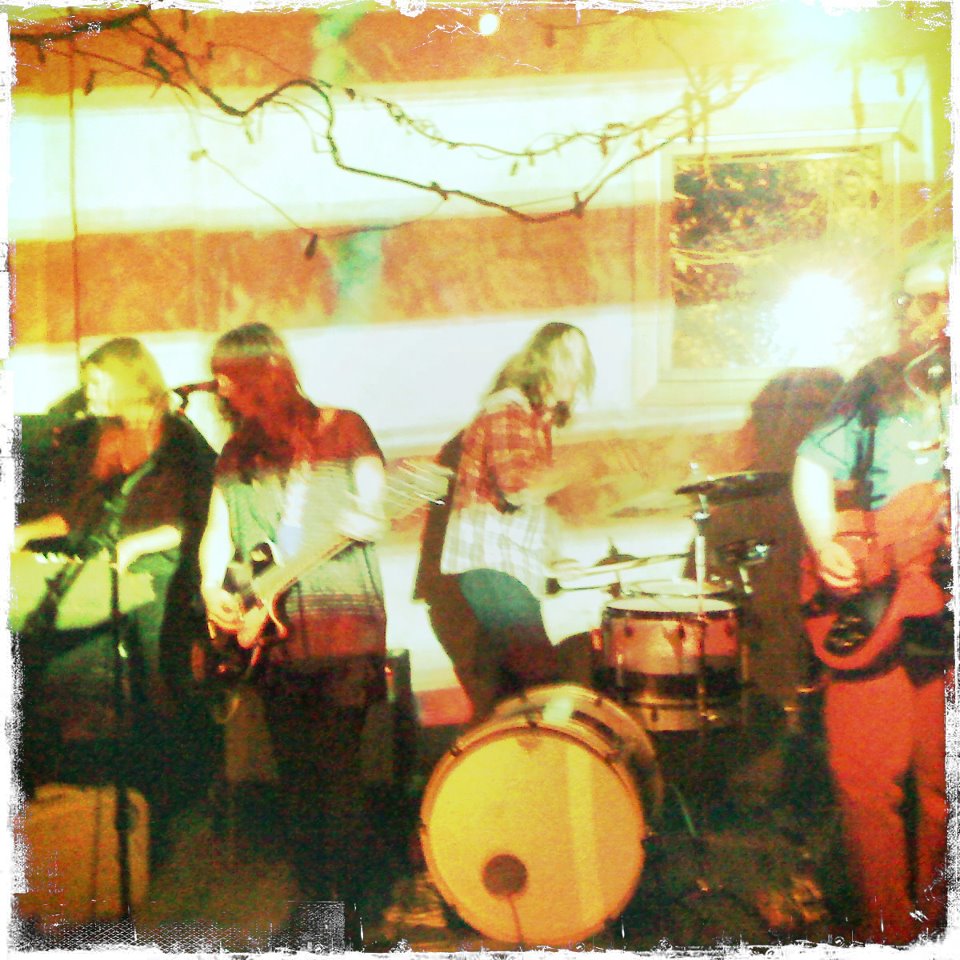 I can’t recall if I have ever seen a cruddy Diamond Center set. If anything, the only reason they fall short of the top of this list is simply because I didn’t get to see them enough this year. With a killer set opening for Real Estate at Strange Matter this past spring, after which they impressed the masses in Harrisonburg the following night, it’s easy to see why they are only acquiring more and more fans. One can only hope that the New Year will see more gigs and maybe the proper follow-up to 2009’s My Only Companion.

If you want to catch one of the most frenzied acts in Richmond, Hot Dolphin could be the cure for what ails you. Half of the Color Kittens, one part of The Diamond Center, plus energetic frontwoman Lindsey Spurrier, add up to make Hot Dolphin one of the best. They’re in your face and they leave you wanting more.

One of the best performances I saw all year was by The Trillions, at The National opening for Motion City Soundtrack. To me, that was the perfect venue for seeing the band and showcasing their unique sound. Whether they’re playing to a slim number of folks in a dive bar or to a large audience ready to devour every sonic nuance, The Trillions are just remarkable at what they do. 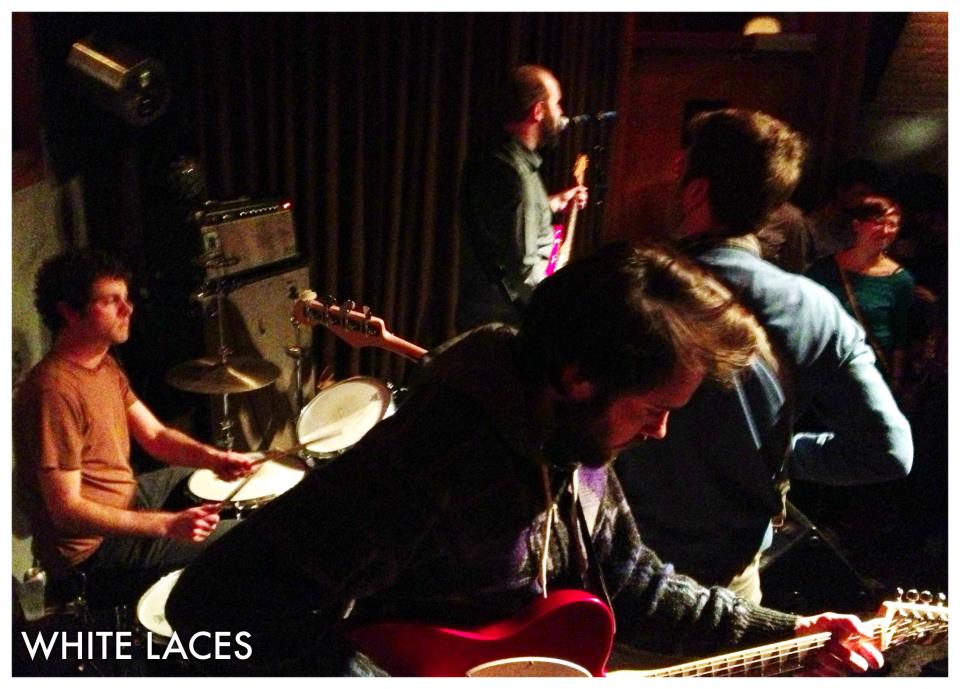 When you spend the majority of 2012 being Richmond’s most prolific live band, you will probably end up playing a series of memorable gigs. White Laces dominated the year that was by playing house shows, proper venues and the occasional pizza parlor. From kicking things off with a memorable show at Strange Matter with The Super Vacations to finishing the year as dual headliners with The Trillions at Balliceaux, who can really deny the impact their live performances had throughout the year?

Dave Watkins possesses one of the most accomplished creative minds in this city. His constant evolution in his live sets is a sight to behold. Whether it’s the inclusion of a new instrument or an idea that he puts into motion, there is nothing predictable about what he’ll come up with next. This accolade could be attributed to the way he conducts his group project, The Colloquial Orchestra, as well. Everything he does could be interpreted as a sonic experiment, but I think Watkins is in control at all times, and completely aware of what he is setting out to accomplish. 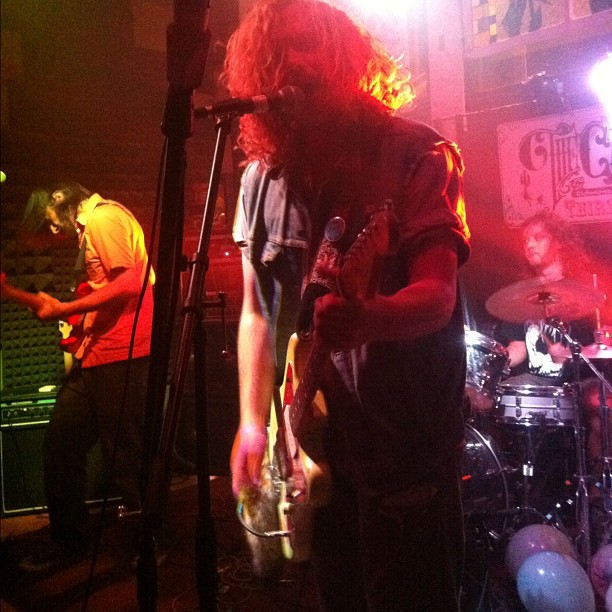 There might not be another band in Richmond that plays out as often and still draws as high a level of adoration as The Milkstains. They may have started out slumming around for a few years, but now they are a dominating force in the city’s music scene. If you want to be impressed beyond your wildest dreams, get your weekly dose of The Milkstains.

Every single time I see Navi, I am blown away. They allow me to partake in one of my favorite exercises–focusing on a different aspect of their live performance every time. I can stand beside guitarist John Hawkins and pay attention to the way he exchanges complicated guitar parts for stretched out minimalism. Then next time I see them, I might just focus on drummer Kyle Flanagan, who could be one of the best the city has to offer. Once this duo comes together, it’s complete and total mayhem. There is nothing comparable to Navi playing live. 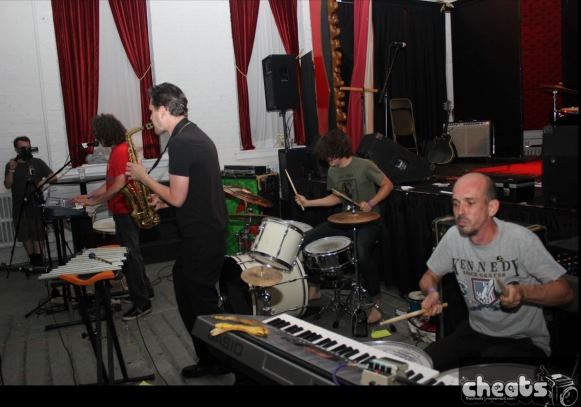 To me, there is nothing more incredible than getting to see Bermuda Triangles live. They truly came into their own in 2012, and made a strong case for why they will forever go down as one of the most important bands in the Richmond music scene. I could go on and on about how there is nothing that sounds quite like them–and there isn’t. I could tell you about why you shouldn’t dismiss Bermuda Triangles if you have only listened to their recorded output. I could go on a long diatribe about why I chose them to be one of the co-headliners of the festival I put on annually. However, in all honesty, the point of this list was simply to indicate the bands I feel we should all be paying attention to. So I will merely say this: next time you see that Bermuda Triangles are playing live, you should go out of your way to see them. I guarantee you won’t be disappointed.