311's S.A. Martinez talks early years, the new record, and what color his energy is ahead of July Innsbrook show - RVA Mag 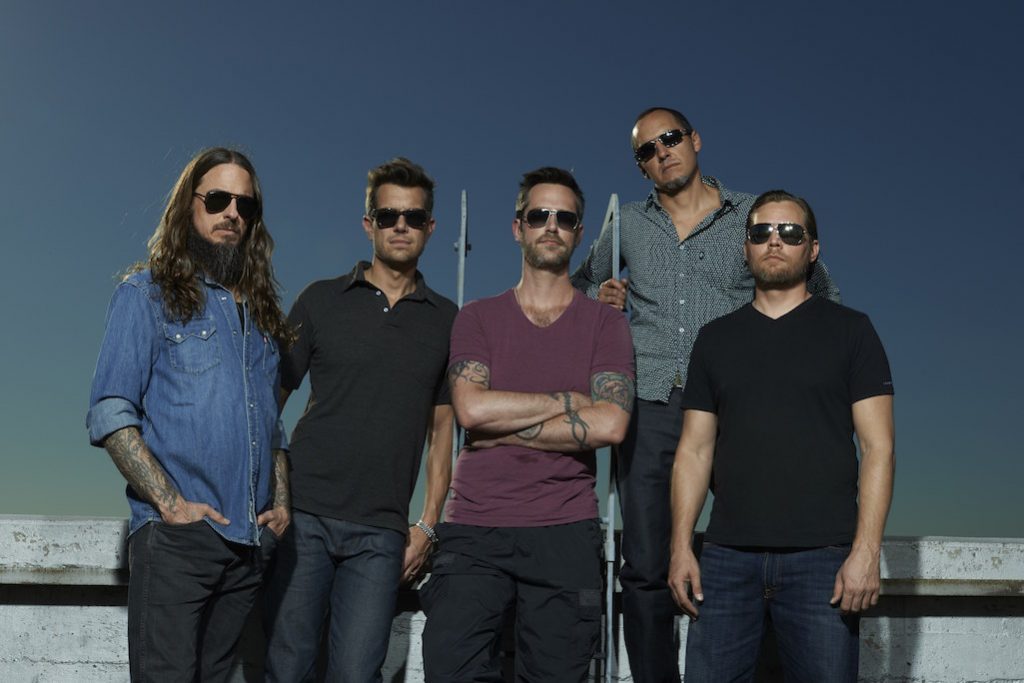 If you had told 14-year-old me I’d some day speak with 311’s singer/rapper, S.A. Martinez, I probably wouldn’t believe you. Drowning in bong water, blasting “Beautiful Disaster” whenever it came on the radio, smoking cigs in the girls bathroom; the mid-90s were truly a great time to be alive.

But there I was, a few weeks back, waiting patiently for a phone call from what is undoubtedly one of the biggest bands of that era, and one whose unmistakable sound and moniker provided a soundtrack for so many of us.

“We came up in a world that was still radio-dominated, so there was those gatekeepers and filters,” said Martinez (top image, second form the right) in a phone interview from his Southern California home. He was incredibly humble and acknowledged the success they had was massive and long lasting in an era that “isn’t the same anymore.”

“I think it’s remarkable that any band can gain any sort of traction in this day in age,” he said.

And no matter your opinion on 311, you know immediately who I’m talking about when I say their name.

It’s been 27 years since they released their first record, Music, but the band broke through big time in 1995 with their self-titled record armed with tracks like “Down”, “All Mixed Up”, and “Don’t Stay Home.” It went triple platinum, selling 3 million copies. The follow up, 1997’s Transistor, was similarly a smash hit with “Beautiful Disaster” and “Transistor.”

More records and more hit singles followed. 1999’s Soundsystem included “Come Original;” 2001’s From Chaos had “Amber” and “You Wouldn’t Believe.” It was a heyday few bands ever achieve, cementing them into the global consciousness for decades to come.

“We’re probably the last generation of bands to get that sort of push and to take root in that way,” Martinez said. “There’s a tradition, you could stretch it back through the 70s and 80s, but it was a different time. And every time is different from music.”

Now, after 11 albums, with a new one, Mosaic, dropping June 23rd (you can preorder it here), things are admittedly different – and Martinez hopes folks can say the same for his band.

“I always forget when it started and when it ended,” Martinez said about working on the new album. “At one point, we had some songs, we all liked it, and we had some decent mixes – but we felt like we’d been doing the same things for years.”

To solve that they teamed up with John Feldmann, the former frontman of Goldfinger, who Martinez called an “uber producer.”

Feldmann, who has produced for Good Charlotte, The Used, Blink-182 and many many more, pushed the band to get their new tracks together, something they debated before finally pulling the trigger. “It sounded great, but we don’t have that kind of time,” Martinez said. But they worked through it and got results they were pleased with.

“That’s whats different about this album,” he said. “There’s another touch that I think people might notice.”

The final product is the band’s first album since 2014’s Stereolithic. With 17 new tracks, there’s a lot to explore on Mosaic. Check out the first single, “Too much to think,” and its psychedelic video below:

The new record is a kind of a love letter to the fans. The album art itself is made up of 10,000 pictures submitted by fans which was then turned into a mosaic(see what they did there?) of the band. 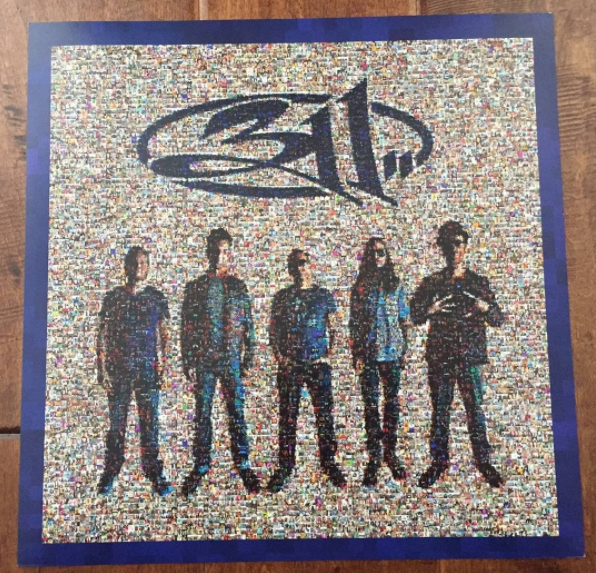 Among those fans to submit photos was one of my good friends from high school, Sean Crane.

“They’ve always had a positive message and that resonates with the fans to this day,” said Crane in a short convo after I asked folks what questions I should ask of the band. “They’re the only band who’s been around for almost our entire lives, with the same band members, still creating good music, all while promoting unity and love amongst their fans.”

Crane’s use of “unity” is especially on point because the name of their 2017 summer tour is “Unity.” Crane, who now works in the music industry in Nashville, TN, listed off numerous examples of why he’s still a devoted fan (with at least three pics of himself on the cover of Mosaic). From bringing anti-racist groups on tour to educate people, to offering support to fans through their online community, 311 Familia, Crane’s love for the band comes from a truly warm place that many sarcastic or apathetic folks might have trouble relating too.

“As fans have gotten older, that positive message has become something that a lot of us can show our kids and it has become an even bigger family because of that I think,” he said.

For the rest of us high school pot smokers, 311 has stayed true to their roots there as well. Martinez admits he was never one to chief as hard as other band members, but they used their clout to release the Grassroots Uplifter, a disposable vape pen that contains THC and is available in California for medical marijuana patients.

“[Smoking pot] is more P-Nut (bassist) and Tim [Mahoney] (guitarist),” Martinez said. “Those guys are daily blazers, but that is a part of the band’s culture. We have a lot of stoners that love 311 and we always have.”

And as they get ready to embark on their summer tour, with a July 19th date at Innsbrook After Hours (snag tickets here), Martinez hopes those who remember their love of the band, or keep it to this day, will come out for a good show.

“We’ve been around a while, and if you haven’t seen us, you should check us out,” he said. “If you were a fan years ago, you might regret never getting the chance – go out and see your favorite bands. and it’s summer time, go out and have some fun.”

PS, he said the color of his energy was gold, “a little bit brighter than amber,” specifically he said, laughing. I suggested it should be platinum considering how many records they’ve sold. See for yourself on July 19th.