A chat with Red Amp Audio on the secret to their success, their passion for producing and what makes a great musician - RVA Mag 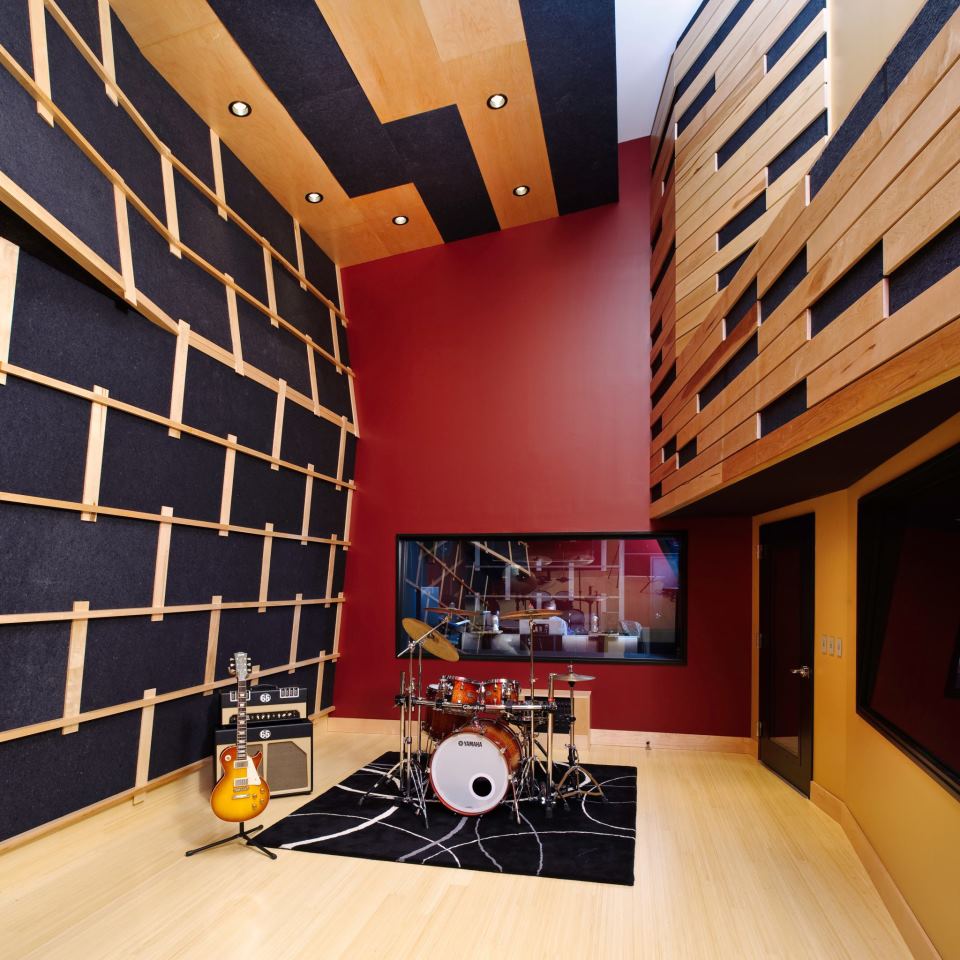 It’s never a dull day for Boyd and Marna Bales. The co-owners of Monroe Ward music recording studio Red Amp Audio have been helping people create and fine tune their sound since 2001 and every day is something new.

“Today I’m working on a mixing project for an indie band that recorded some tunes up in DC and they sent it down for me to mix, but then we might create music for a commercial, we might just add some footsteps or a sound of a canon blowing up,” Boyd said. “It’s so across the board.” 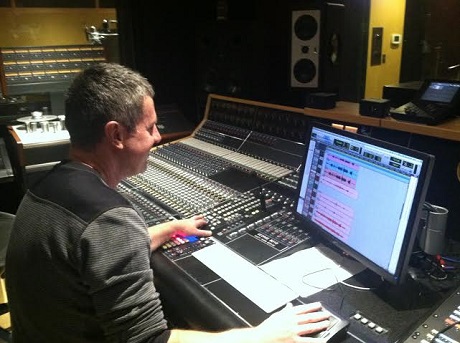 Whether a musician is looking to lay down a few tracks, or a corporation is hoping to create a catchy new jingle, or the next aspiring filmmaker needs sound design for their indie film, Red Amp Audio is a one-stop shop facility of sorts, filled with a small group of people who hold years of experience in the music industry. They don many hats and log long hours to get the job done.

“Jody and I are musicians, so that’s the stuff we love to do,” Bales said.

Bales, Boyd’s wife, added they also recently worked with a 45-member Gospel choir for a production for Sun Trust and the studio even does the in store ads for Wal-Mart.

Their West Grace Street studio would almost get passed by if it wasn’t for the giant mural by Pixel Pancho showcasing two people in space suits kissing, listening to music on headphones and taking a selfie. 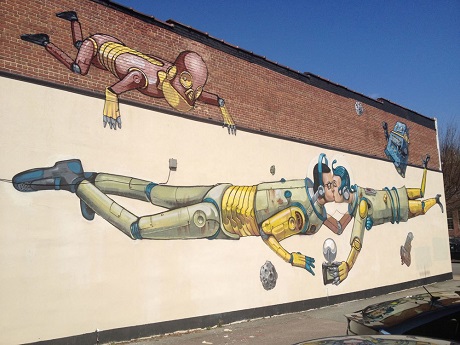 Bales and Boyd have worked out of that space since 2009, but previously, the two longtime musicians were making music in the West End in a Capital One building under the name Far West Audio. They moved to their current studio to cater to their growing number of advertising clientele and to be near the ever-flourishing music scene.

“We always wanted a building that’s in the heart of what’s going on,” Bales said. “There’s also a bunch of studios right around here, there’s just this great energy down here and it’s getting better all the time. When you’re doing something creative you want to be in a place that has a good feeling.”

The two were friends with the photographer that owned the space and he was looking to leave so the two considered it the perfect opportunity. 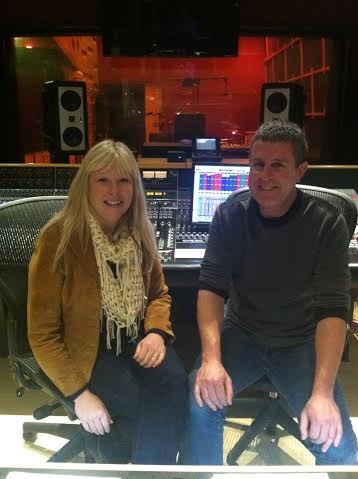 The spot at 9 West Grace Street also has a rich history with much of it involved in music. It originally started as an appliance store in 1938, then evolved to a jewelry store, a nightclub, a record label and right before Red Amp, a photography studio.

Equipped with a two-story tracking room, isolation booth, two audio recording suites, amps, vintage mics, guitars, drums and even a vintage Vibe Red Sparkle Rhodes Keyboard, the studio is stocked with every instrument a musician could need to create their next work. 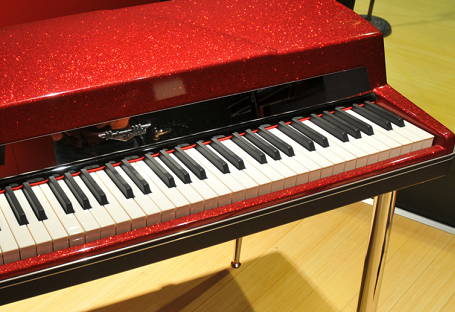 The acoustic spaces were drafted by architect Peter Grueneisen, who designed the recording studio in Dave Matthew’s home.

Red Amp Audio studio splits its time between mixing and recording for artists and providing sound design for advertising and film. Most of their work is local and regional, and in the past they’ve worked with The Trongone Band, Don’t Chase Felix, Avers, Carbon Leaf, My Darling Fury and The Shack Band; all based in RVA. 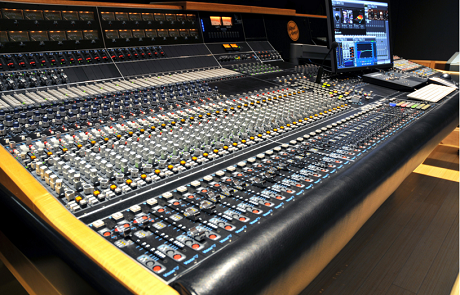 They’ve also worked with some national acts including-country band Natalie Stovall and the Drive, and even Snoop (when he was Snoop Lion)-well that almost happened.

“They wanted to come here, they wanted to smoke their weed and bring their guns and we said, ‘we don’t allow either in the studio,” Bales said.

They’re also currently working on an indie film called “Tri” about a young woman who decides to run a triathlon.

“We’re doing all the sound design and mix,” Bales said. “We might create some music for them too.”

Mad Box, the video editing and graphics firm that most recently created the Star Wars RVA video that the Internet went nuts over, sits just upstairs from them. Bales said they are a separate entity, but they collaborate on projects.

May The Force Be With You from Mad Box on Vimeo.

“A lot of those commercials you saw on our site have been edited by those guys,” Boyd said.

And unlike many studios, Red Amp Audio isn’t just pigeonholed into one particular genre.
“We do a lot of indie rock and pop rock, pop country,” Boyd said. “We have a lot of gospel church groups; they’re some of the best musicians in town.”

Boyd has been a musician for 30 years and done everything from perform in a country band for King’s Dominion, an indie pop band, taught music at the high school and college level and spent many years working in studios.

“I started out in symphony orchestras then I got into playing in rock bands and jazz,” Boyd said adding that helps him with his current job. “I have so much musical knowledge of classical music just from being in orchestra for years as a kid. Same thing if it’s a country rock thing. I’ll go in there and play drums.” 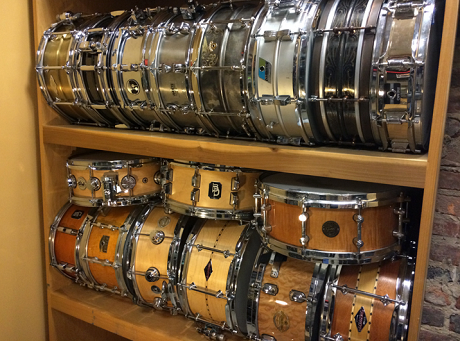 He majored in orchestral percussion at VCU and went on to get his masters from Eastman School of Music in Rochester, New York.

Bales, a singer for most of her life, has worked in production houses and worked for The Martin Agency as a broadcast production manager.

The two went to high school together and eventually decided to venture out on their own to start their own place.

“I think we both loved the studio experience,” Bales said. “Now we’re able to help support these younger artists, were thrilled to take on that role.”

Boyd added he was always working in studios part time and the life of a full time musician just didn’t seem like a good fit for him anymore.

“You start looking down the road… it feels like something I can hold on to a lot of longer,” he said. “When you’re playing live music you’ve got a small window of time… there’s a shelf life.” 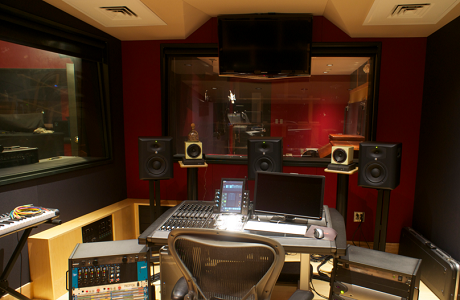 The studio stays pretty booked and Bales said they spend October and November churning out Christmas ads, but December is usually pretty dead. Luckily, it picks back up for them in the summer with bands coming in to record.

And in the age of digital music, where artists’ whole albums and videos are just a click or download away, the couple credits their success to expanding out beyond just recording songs for musicians.

“{It’s} doing all the different things that we do,” he said. “There’s a lot of studios that are just like a rock studio or just do commercials and since we been doing it, we’ve been doing a little bit of everything.”

The two mentioned many big studios in New York City and Nashville and other major cities that have gone under because they haven’t adapted to the changing times.

“They can’t survive because all they’re doing is music, and musicians don’t have money they used to have,” she said, referencing some studio’s she’d seen fail and get converted into condos. “Record labels don’t have the money anymore to spend or don’t have the time.”

The upside is that Red Amp Audio is there, willing and waiting to help musicians do what they love, which in turn, fuels their passion.

“What we can do is help to support them and create some great music and help them come up with some sort of a product that will somehow stick out,” Boyd said.

With seeing so many musicians come in and out of the studio, and being musicians themselves, the two have learned a thing or two about making it in the business.

“It’s everything from being on time, being consistent, putting on a really great show, realizing that you’re not just playing for yourself,” Bales said. “There’s just so many musicians that don’t realize how important it is to have their shit together.”

And to be married nearly 20 years and in the music industry just as long, you’d think the two would be running on empty, but their drive and passion for what they do still thrives.

“We want to do it, we were musicians to, we remember what it was like going into the studio and not having any money,” Bales said. “Now we’re able to do some things that were really enjoying, I mean its almost like giving back or being able to help support these young artists…We’re thrilled to take on that role. We’re really lucky.”