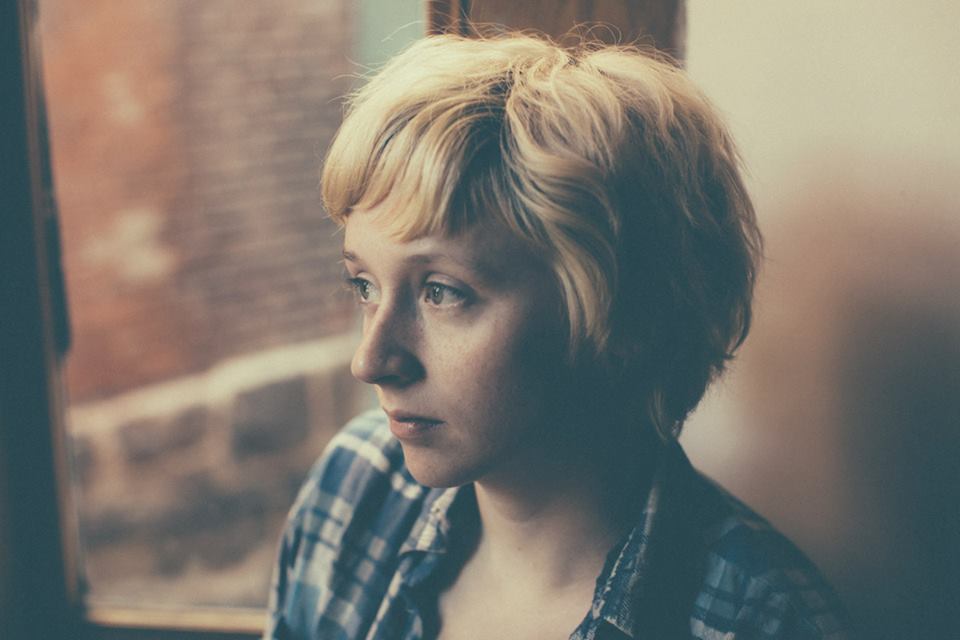 All Hail Katie Crutchfield, Goddess of My Icy, Guarded Heart

Waxahatchee played Strange Matter Saturday night with a stacked lineup full of awesome lady musicians who feel a lot of feelings. And it kicked ass.

Waxahatchee played Strange Matter Saturday night with a stacked lineup full of awesome lady musicians who feel a lot of feelings. And it kicked ass.

I arrived in time to see Cayetana, an all-lady, melodic, sad-ish indie band from Philly. The frontwoman crooned beautifully while the rhythm section kept the songs upbeat. Next up were All Dogs from Columbus. Boasting a front lady with one of the most angelic voices I’ve heard in a while, All Dogs delivered similarly sad rock. All Dogs gets emo with it–spouting lyrics like, “I want you, and you want me, but I’ll fuck it up, just wait and see”–but the rhythm section keeps it upbeat.

Then along came Katie Crutchfield, aka Waxahatchee, aka one of the best live acts I’ve seen in years. I’ve been following Crutchfield since she was in P.S. Eliot, which consisted of her and her sister Allison (now of Swearin’). Last time I saw Waxahatchee, she was strumming solo on her acoustic guitar in a teeny tiny venue in Harrisonburg. This time around, Waxahatchee toured as a full band, complete with drums, a bass, and two guitars.

Cerulean Salt, released in March of last year, made basically every music critic’s “best of 2013” list, and for good reason. Crutchfield’s self-assured, focused and clear on the 13 song recording, and she’s so goddamn honest it hurts. “Escape yells both our names out loud/we run like hell, I’ll write a tragic epilogue and you’ll act it out,” she sings in “Dixie Cups and Jars.” I mean, come on, she’s brilliant.

Crutchfield remained the star of the show, and believe you me, she knows how to be a front woman. She crooned (there was a lot of crooning on Saturday) her perfectly written sad songs about fucked up love and depression while standing proudly at the edge of the stage. Something I love about Waxahatchee – something that separates Crutchfield from her fellow musicians – is that she knows exactly who she is, what her problems are, and is not afraid to proclaim them in front of the world. And she does it just beautifully.

After playing a full set (which was shorter than everyone wanted, but, hey, most of her songs clock in at around two minutes), she gave us an encore. “I can only play more songs if I sing them solo,” she said, knowingly. But before playing two crowd favorites – “Bathtub” and “Swan Dive” – she shut down an annoying heckler who wouldn’t stop screaming for her to play Madonna’s “Material Girl.” “If this guy has any friends, I will give you a free t-shirt if you just get him the fuck out of here,” she announced, standing her ground like the badass she is.

Katie Crutchfield manages to say everything I’m thinking, and just don’t have the balls – or poetic writing skills – to say. Check out Cerulean Salt HERE. Preferably while you’re sitting alone, naked in your bedroom at 3 am after being scorned by your lover.