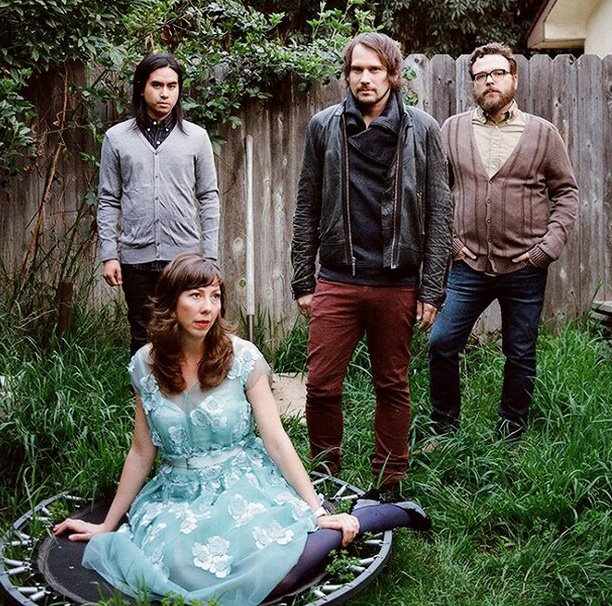 This Tuesday night at the Richmond Coliseum, the alt-rock extravaganza Spring Fling Rock AF 2016 will put on their eighth explosive show in only eleven days as they gear up for the re

This Tuesday night at the Richmond Coliseum, the alt-rock extravaganza Spring Fling Rock AF 2016 will put on their eighth explosive show in only eleven days as they gear up for the remaining seven shows left before coming to a close at the beginning of April. With some of the biggest and brightest names in the still-thriving genre from Cage The Elephant down to Bear Hands, it’s a huge musical event that’s been a goal of the various bands for a while now, even if the marathon nature of these shows are beginning to take its toll.

“After the first night, we all looked hungover and I remember someone saying maybe this wasn’t a good idea,” Silversun Pickups frontman Brian Aubert told us. Still, Aubert admitted that he wouldn’t trade this feeling of complete exhaustion for anything. “We’ve been building to this for a long time,” he continued. “It’s all been worth the wait too. We’ve talked about it for so long and there’s been so many moving parts that could have derailed it at any point, so I think we’re all excited to be doing this even if we feel like absolute death when we wake up.”

Though each band tours extensively every year, Aubert admitted there was something special about these shows from an audience perspective. With respective fans from each band all coming together for a single show, there’s a huge opportunity for each act to turn thousands of alt-rock lovers into die-hard fans instantaneously, something Silversun Pickups aim to take full advantage of. “It’s great to play for your own fans at your own show,” Aubert laid out. “You’re playing to all of these people who have invested their time, money, and energy into you and you get to play around with a lot of stuff and be more creative. But the ultimate goal always has to be to play to new people. That’s what you should always want to do and when you get that chance, you just want to put out the best version of your sound as possible. For us, that means making the biggest noise possible and just trying to be apart of this while circus.”

Helping intensify this circus energy is the friendship each band shares with each other. Aubert remarked that everyone’s known the other for years now and he made specific mention of the backstage camaraderie adding to the energy (and frenzy) of the event, something he admits gets out of hands at time and even affects their performance at time. “Everyone’s so talented,” he stated. “It’s just like a rocket ship taking off from the moment Bear Hands hits the stage. That energy is just so infectious. I remember the first time we played after Foals, I was so amped up, I got a runner’s stitch when I was playing and just had a hard time breathing. I mean, they got me so pumped that I ended up hurting myself trying to follow them.”

Trying to match the previous band or even one-up could naturally lead to a level of friendly competition, but Aubert decisively ruled out even the slightest possibility of that being the case. “I mean, any type of competition would just be funny for us,” he exclaimed. “With this group of people, if there was even a smell of someone having an ego, it’d get resolved so quickly and probably poorly too with everyone just instantly harping on that person. Ego just can’t exist here.” Ego aside though, there’s still a level of pride at stake here with each band, especially for those coming on later in the show like Cage The Elephant and Silversun. “You just have to bring it,” Aubert explained. “It’s not about competition. You know these other bands are going to bring all of this high energy and it just has to make you more intense. It’s not about being better than anyone. You just want to stay afloat. No one wants to be the band that sinks that night when a band like Foals is killing it on stage. It’s just inspiring.”

Each band has their latest album on full display at Spring Fling, with Silversun Pickups still showing off their New Wave meets shoegaze record Better Nature released this past September. Backed by strong singles like “Nightlight” and “Circadian Rhythm (Last Dance,” it’s been another huge success for the band as they continue to raise their profile in the industry, something the band continues to be surprised by. “We’ve been doing it for so long now, but we’re still just flabbergasted that it’s continuing to grow,” Aubert revealed. “Realistically, this whole thing could come tumbling down at any moment.” Luckily, the years spent honing their craft has just made their jobs much easier from writing to recording to even silencing that inner critic deep inside. “We’re super critical on everything we do,” Aubert admitted. “We were actually nervous about this new record because we really liked it. I remember thinking, ‘Maybe it’s a crappy record because we like it.’ It’s been great to find out that wasn’t the case.”

Their fourth record since 2006, Better Nature showcased a much more focused and driven quartet than fans had previously seen, with Aubert and company able to establish and resolve their musical concepts with much better clarity and efficiency from before. In looking for the reason behind this “big picture” growth, it’d be easy to just point to the band entering their sixteenth year together, but to Aubert, the success falls much more on the songs which he believes come from a much more primordial space. “It just oozed out of us,” he described. “Nothing about this was difficult. It just feels like it exists without us, even when we’re playing live, and it’s made this whole process just so enjoyable.”

Still, with the album’s genesis as rewarding as it was effortless, Aubert admits he still falls prey to his inner critic as he still strives to find ways to silence it. “It’s getting closer with every record,” he admitted. “I think everyone has it though, that constant inner critic. Some are just better at silencing it.” Aubert continued that he finds it’s easiest to silence his inner critic when it comes to the music, something that’s always come natural and easy to him, but when it comes to lyrics, he feels that critic pushes him into a space he’s completely uncomfortable with. “I like to spend so much time with a song as possible,” he said, “but putting lyrics to the music can sometimes mess with my head. It’s the strangest place where literally everything becomes a metaphor to you. You just find yourself staring out the window at a bag floating down the street looking for ideas. Or at least I do.”

Aubert doesn’t let this inability to lyricize songs on demand hinder him quite as much as he used to though. “I just try and get as ahead of the game as possible now,” he stated. For Better Nature, he began months before he normally would and was able to form a strong narrative across the record that only grew as they got closer to recording the record. By the time they entered the studio, only minor tweaks needed to be made, which was welcome news for both Aubert and the band. It allowed Aubert to avoid the intensity and pressure of putting words to every song all at once, something that would benefit his inner critique all the more. “I just had to find a way to better silence that critique because it would just tear me apart,” he reasoned. “I’ve seen it happen to bands too. They end up critiquing themselves out everything and they end up making low-common denominator music just because they’re too scared to do anything else. I don’t want to ever get frozen like that.”

Better Nature is still relatively new, but after Spring Fling ends and the rest of their touring commitments begin to wind down later this year, the industry and music fans will all be wondering what’s next for the LA quartet. While Aubert told us the band did have some ideas in the bag, he was adamant that it’s just too early to tell where they go next. “We have to stay as far away from what comes next as possible simply because we’re too close to what we just did,” he reasoned. “We have to get Better Nature completely out of our system before we think about the next one because we don’t want any residue left over at all. We always want to be interested in something else because there’s no point in doing the same thing again so given each record it’s time to leave our system is just so important. We’re still very much enamored with Better Nature and playing it live so it might be a while, but that’s just because these songs are so good and these crowds are so inviting. It’s amazing and we can’t wait to share it with Richmond too.”

Silversun Pickups come to Richmond tomorrow night as part of the Spring Fling alongside alt-rock bands Cage The Elephant, Foals, and Bear Hands. Tickets are still available starting at $29.50 and the doors for the event open at 7 PM. For more information on the show, click here.