An Oasis Of Music In A Desert Of Silence - RVA Mag 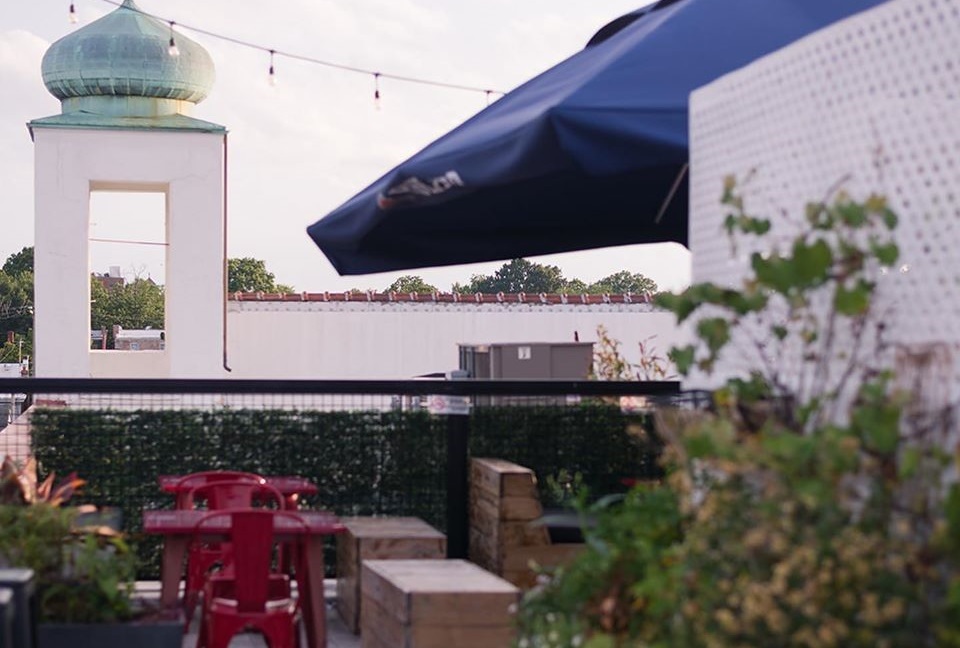 RVA Mag wanted to find out how local venues are surviving during the ongoing pandemic. In the first of a multi-part series of articles, we learn how The Hof and Brambly Park Winery are keeping music alive outdoors.

The COVID-19 pandemic has been a strange and challenging time for everyone. In addition to challenging people’s mental health and happiness, it has had a profound impact on the American economy. Nearly every industry is feeling the pressure of the economic catastrophe that has resulted from the pandemic.

Few industries have been impacted as harshly as the entertainment industry. Restaurants, bars and breweries, and even hospitality and travel agencies have struggled to find a way to keep things going even at a fraction of their former capacity. Live music in particular has come to a screeching and devastating halt, and there is no end in sight.

Under normal circumstances, Richmond is a thriving live music city with countless local bands and dozens of clubs, bars and breweries offering live music. Since the quarantine began, though, all of them have faced the same difficult choice: totally re-evaluate and change their approach to entertainment, or stop hosting live music altogether.

Four months into the quarantine, RVA Magazine wanted to check in with a few of Richmond’s key promoters, club owners, and talent buyers to get their perspective on the state of the local live music industry, the steps they’ve taken to survive, and what it’s like to own or work for a music venue in these unprecedentedly trying times.

The first person we spoke to is Peter LeBlanc, chief talent buyer and promoter for The Hofgarden and their newly opened sister establishment, Brambly Park Winery.

“We are at an advantage to a lot of other venues because we are not just a venue,” LeBlanc said of the Hofgarden. “We don’t have any entertainment plans, we’ve just been focused on re-establishing restaurant and bar service.”

The Hofgarden is a three story venue with a bar on the ground level, two event venues on the second floor, and a rooftop bar. One of the venues on the second floor is a proper music venue called The Dark Room, which has become a popular destination to hear local bands in an intimate and cozy space. Unfortunately, The Dark Room has ceased hosting live music since the pandemic hit, because the room is just too small for safe social distancing.

“We don’t have any immediate plans for The Dark Room,” LeBlanc explained. “That room is so small that to actually distance tables is not going to allow for many tables to be in there.”

LeBlanc voiced his concern for the public and his apprehension for the prospect of hosting shows in The Dark Room again.

Instead, Leblanc has repurposed The Dark Room and offered it up as a space for bands to do live streams. “We don’t have a budget for it so I haven’t been charging people if they want to do them,” he said. “I’ve kind of just been doing it out of the goodness of my heart.”

The rooftop bar at The Hof, however, has been able to continue to host solo singer-songwriters on the outdoor deck while patrons eat and drink at tables by reservation. All of the servers and bartenders wear masks and every safety precaution is taken to provide a sterile and safe atmosphere that feels relatively normal. Aside from the masks, it almost feels like the good old days when we didn’t have to think about airborne viruses while we ate lunch.

For LeBlanc, even being able to do what they’re doing now feels like an accomplishment. “We are at less than 50% capacity, but it feels good,” he said.

The team at the Hofgarden have worked hard to make live music a priority during the pandemic. “The more venues and opportunities we have for local musicians the better,” LeBlanc said.

As a musician himself, LeBlanc is well connected to the RVA music scene. He shared his thoughts on the difficulties that musicians are facing right now and how it may be affecting them. “I think the biggest struggle I’ve come across is band members and musicians with families that have kids at home, or they’re concerned about their partner’s health,” he said. “You can tell they want to come out and play, but they can’t, because they’re too worried about any possible repercussions.”

LeBlanc has been focusing a lot of his energy as of late on The Hof’s newest endeavor, Brambly Park Winery, which just opened in June in the Northwest corner of Scott’s Addition. Brambly Park is in a unique position, one that is different from most live music venues in town, because it still has the ability to host live music. “We definitely have a nice advantage with Brambly because it’s such a huge park and it’s outside,” LeBlanc said.

Since their grand opening, Brambly Park has been able to host live music every weekend. It is likely that many of their patrons are seeing their first live concert since March; the events also provide a place to play for musicians that have been out of work since the pandemic took full effect. There is an eerie sense of normalcy that almost feels too good to be true at the multi-acre winery.

When asked about what sort of lasting effects from COVID-19 he expects to see on the music industry in Richmond after the quarantine has been lifted, LeBlanc said, “I think the small venues that survive will be stronger than they ever were before. They’re going to have a new appreciation for everything.” Smaller venues with lower capacity may be among the first to re-open, which would be a positive thing, as they are also the most at risk from going out of business.

For bigger venues, LeBlanc sees a much longer wait in store. “As far as Live Nation and big shows, I don’t think they’re gonna come back probably for a year and a half or two years,” LeBlanc said. “It’s gonna be a very different landscape.”

In the meantime, until larger concerts are possible again, we will have to get our live music fix wherever we can. Peter LeBlanc and the team at The Hof and Brambly Park Winery are working harder than ever to provide ongoing opportunities for musicians and to bring music to the good people of Richmond.

The Hofgarden is located at 2818 W. Broad St. Brambly Park Winery is located at 1708 Belleville St, deep in the heart of Scott’s Addition. For more info on how to find them, check their website.