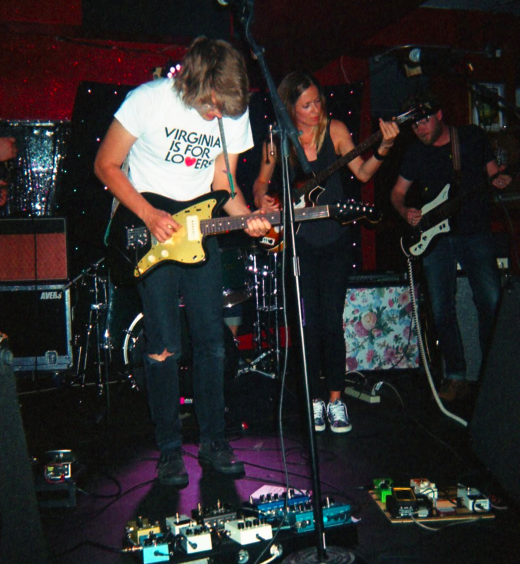 9 A.M. – It’s a sunny morning in downtown Raleigh, but the scene feels just like any other Friday.

9 A.M. – It’s a sunny morning in downtown Raleigh, but the scene feels just like any other Friday. People getting settled in for morning meetings and breakfast dates, restaurateurs setting up tables for the day, and random folks on the street doing what random folks on the street do. Sure, we see a few festival passes around, but it seems as though that this city has been doing this long enough that no one’s on edge. Then again, maybe that’s a good thing.

After getting my morning coffee, I venture off to find Christian, who’s already started to make new friends.

Once we link, we circle around to scope what’s going on. The actual downtown area is small, with all the festival-sponsored venues within a couple blocks of one another. It’s almost as if this city is designed for festivals.

We run into one of the guys from The Pour House, a venue that’s throwing a Hip-Hop day party for all the local talent of the area.

He explains to us how there’s a lot of venues around like his, and how things usually go.

“Last night we had the road manager for one of the (main) headliners in here. He kept ordering rail, but was paying out with $100 bills and telling us to keep the change. We treated him well.”

Going into this, I had the impression that Hopscotch was the Mid-Atlantic’s response to SXSW. Now it’s reaffirmed that the industry definitely has it’s eyes on the Oak City.

After a run to Biscuitville, we venture back to the hotel to send out last minute emails and prepare our equipment to cover the day. After getting a feel for what Hopscotch had to offer, we were confident that the showcase of RVA bands that had been transplanted for the fest, Full of Spiders, will fit in nicely.

With a diverse mix of garage and experimental rock ahead, the Egghunt/Bad Grrrls showcase meshes well with the identity of the festival. It’s raw, it’s energetic… it’s the breed of rock n’ roll that this underdog festival embraces, and one that we’re excited to share.

We arrive at the Ruby Deluxe a couple songs into Feral Conservatives set. Located just a stone’s throw away from the main-stage, the venue is what I’d imagine the ideal stage for a 70’s rock biopic. With a signature smell of sweat, grime, beer, and urine, only a string of red lights dimly-lit the open space. As the walls were filled with gay-friendly material (a feeling of protest to North Carolina’s not so gay-friendly HB-2), this would be the Richmond equivalent of if Strange Matter and Babe’s birthed a space together. 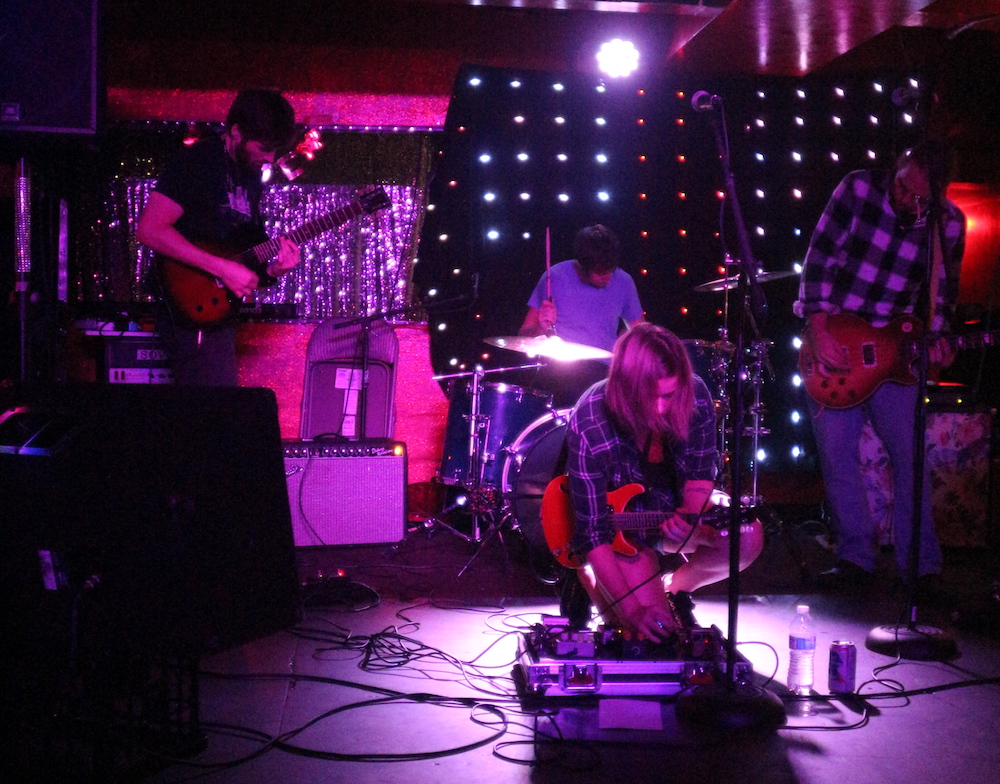 Even though they were the first group up, Feral Conservatives definitely could easily headline anywhere. With an electric-mandolin yielding lead singer backed by a three piece set, the group had a grungy electricity to them that definitely left an indelible impression.

Although the crowd was just rolling in, they interacted with the small audience well. Rashie Rosenfarb’s raspy-female vocals combined with a calm in-between left a dynamic that was tried and true post-garage rock, signature to their East Coast sound. 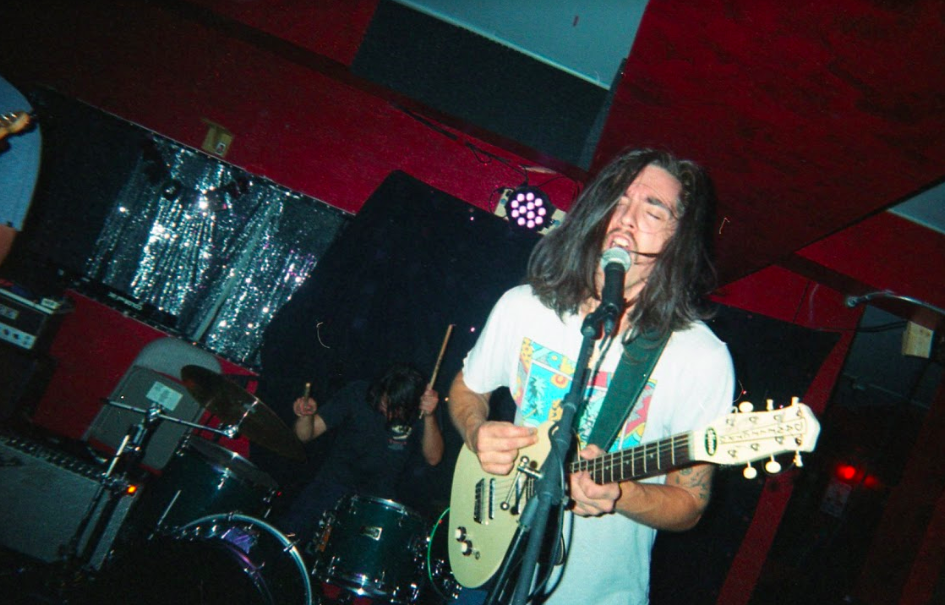 Perhaps one of the most impressive groups of the day, Headless Mantis certainly knew how to work a crowd. Their lead singer had a motion to him that couldn’t have fit better with the music, commanding the stage to a backing of fast paced, jangly melodies. More, with their diverse range, they had a knack for changing up structures multiple times in a song. Although it’s early to say, these guys definitely might be a highlight of mine for the whole festival. 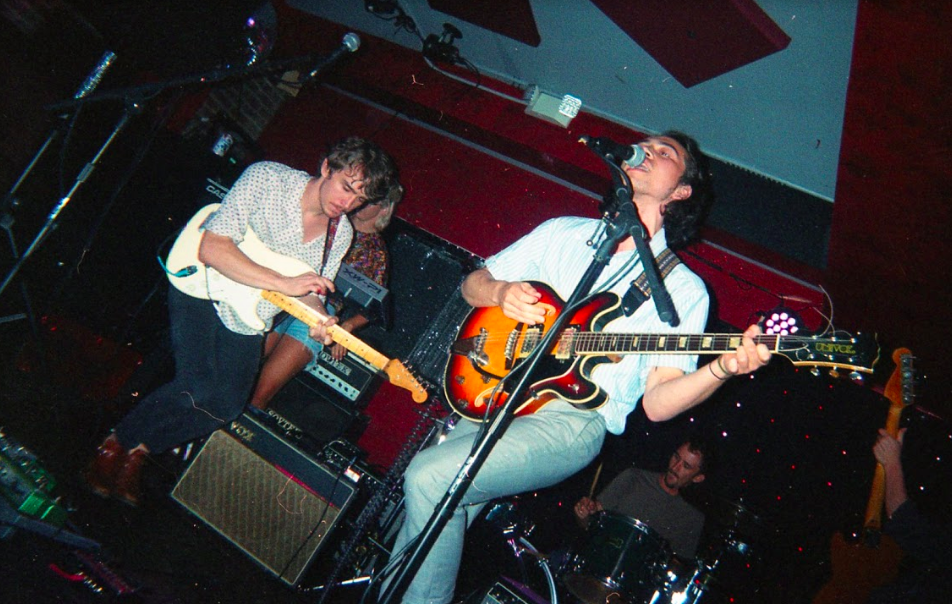 Echo Courts had the look of a surf rock band straight from the 50’s (hell, they even had a tambourine player), with a definite sound to match. They give the feel of a beach trip you arrived at via Falkor from The Never-ending Story. Despite being a group of young, North Carolina kids, they certainly nailed the feeling that they were a veteran group time-warped straight from classic Malibu. 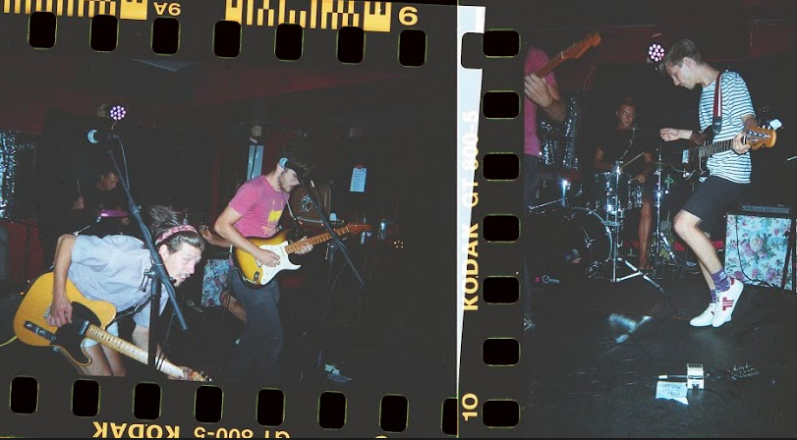 At this point, the day was starting to round out and we were getting into the meat of the show… which was perfect for Manatree’s relaxed sound to ease us into the final section.

With a melodic, math-rock influenced sound, they showed a great mix in terms of their sonic energy. They had a knack for buildups and break downs, and the band had an amazing dynamic in terms of going back and forth with one another. Needless to say, they set the stage well for Clair Morgan and Avers. 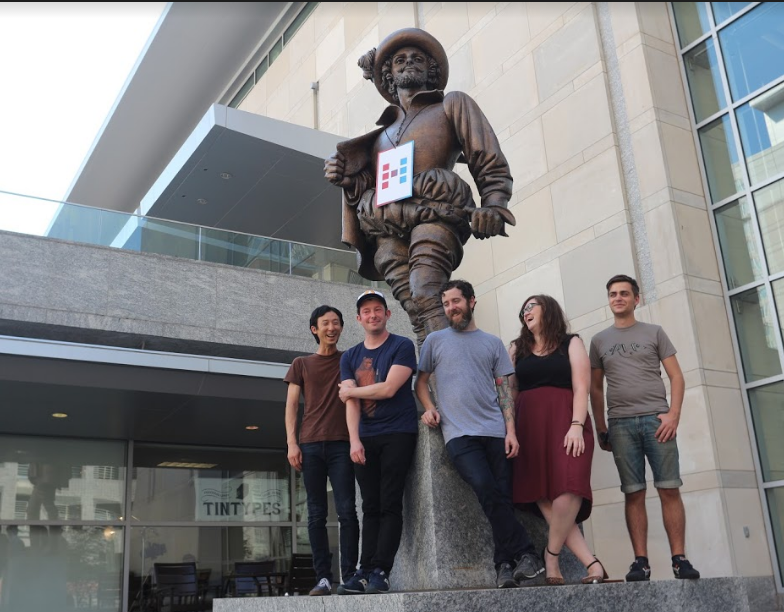 Perhaps one of the friendliest groups I met the entire weekend, Clair Morgan and his band had a harmony in and out of their music that was undeniable. Their instrumentation included a mix of a xylophone, synths, guitars, bass, and drums, but it all synced perfectly together to form a catchy bounce that left the audience swinging graciously. Beyond that though, the biggest thing that stood out was their ability to make anthems. Seriously, their hooks were incredible, and will leave your ears ringing for more. 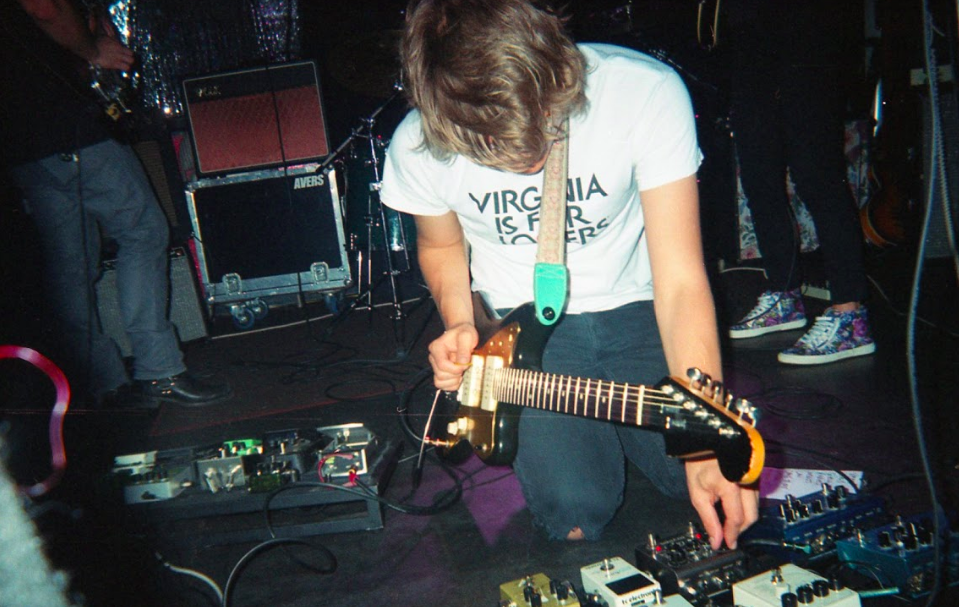 As the final group for the show, Avers’ sound is like the burn from a shot of good whiskey.

With psychedelic influence mixed with good ol’ fashion rock n’ roll, they have a dirty sound that meets a clean delivery. As a well-orchestrated machine, their three guitars cohesively bounce off one another to make a soundscape reminiscent to post-punk Radiohead. Their music is the type to take up the space of a room that no matter how big or small the crowd is…you can’t refuse but to feel hyped. With their heavy-hitting rhythms mixed with melodies that bring you back to earth, there’s a reason they’ve been getting as much love nationally as they have. 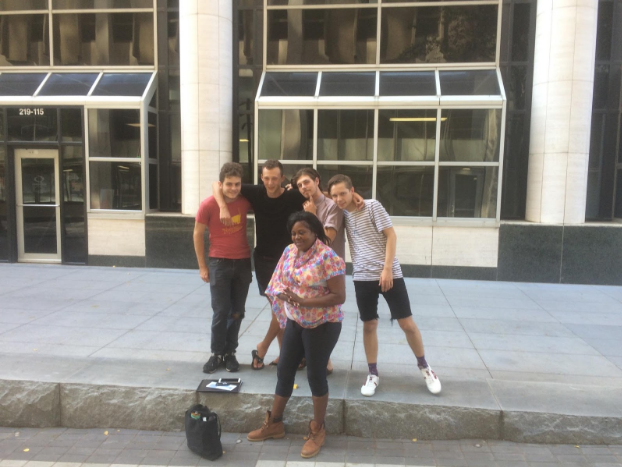 (let’s take a picture with a Raleigh stranger)

After wrapping up at The Ruby Deluxe for the day, we decided to head to dinner around the corner with the Manatree guys at The Big Easy, a New Orleans inspired restaurant. Not only was Manatree some of the nicest guys around, but some of the youngest as well. With all of them as Richmond natives, we talked about what it’s like to grow up in the city (as well as how the scene has changed dramatically) over Alligator Bites and Jumbala (and trust us, alligator is on point). After wrapping up, we split ways to check out some music.

Overall, Hopscotch was one of those events that felt like how the music industry should be: a melting pot of genres all formed to express a love for its common goal of making people happy. Whether it was nationally known household names or a showcase of up-and-comers, the festival worked as a symbiotic organism. All these moving parts held together to support one another, which made for a beautiful experience. It was one of those rare things that as it grows, the scene and message will as well, which in the end, will leave all of us moving up to bigger and better things for a long, long time.