Back From The Dead: An Interview With Roman Holiday - RVA Mag 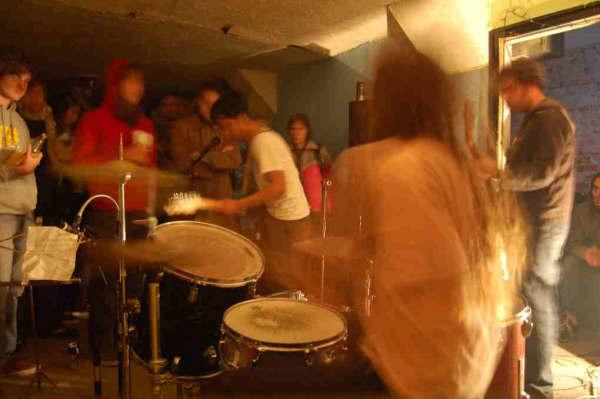 There are many bands out there with the name Roman Holiday, but none hit so close to home as Richmond, Virginia’s Roman Holiday. Featuring members of Hot Lava, The Catalyst, Hail Hydra, and Bogus Machine, RH were an indie rock/punk band who fell off the face of this earth six years ago. This year on January 3rd, they finally released their final LP, Death, as a digital release on Rorschach Records, the label owned by former Roman Holiday member Curtis Grimstead. The sudden appearance of Death is a story in itself. Recorded in 2006, the album was never completed, and the unfinished files were thought to be lost due to a computer crash. All material was presumably gone.

So what happened to finally bring Death back from the dead? When we at RVA Magazine heard of the release, we knew we had to make contact. We got in touch with original members Jared Sosa (guitar/vocals) and Curtis Grimstead (bass/vocals) to find out about the sudden release of Death, the computer crash, the break up, a possible reunion show, and where all their drummers went. 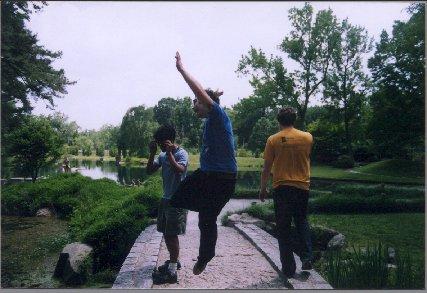 Roman Holiday’s final record, Death, took six years to come out after the band had disbanded. What was the reason for the lull?

Jared: All of our drummers moved away! Adam [Palmore] went to China. Now he’s in Taiwan. I think also all of us had made some bad romantic decisions, which set us back creatively. Jamie [Faulstich] was on drums for a while, and it was during that time that we got a second wave of fans from playing different house shows. Younger kids. After that, [Jamie moved to Guatemala], I got an office job doing graphic design, and started playing bass in Hot Lava. [Eventually I] moved to drums, and it was nice not being the songwriter anymore. [After Hot Lava broke up] I moved to Los Angeles to get a job video editing.

Curtis: The record took 6 years to actually come out because it was unfinished when we broke up. We hit a writers’ block–once Jamie was in the band we only wrote “Land Pirates,” and Jared had joined Hot Lava at this point. So the band came to an end, and there was no motivation to finish the record. There was an unmastered copy sitting out there for years, but there was a big 2 minute gap on one of the tracks because two of songs were supposed to go together. Like Jared said, we had a second wave of kids into us. When we broke up we were finally playing with awesome like minded bands. The five years we were being a band mostly consisted of really weird shows. The songs we were playing at the time were never properly released, but kids knew the parts. Around that time we were very fortunate to play a show with Algernon Cadwallader right when they were starting out–this started a long awesome friendship with that band. I wish we were around when they started playing more, we would’ve had a lot of [fun] playing more shows with those dudes. 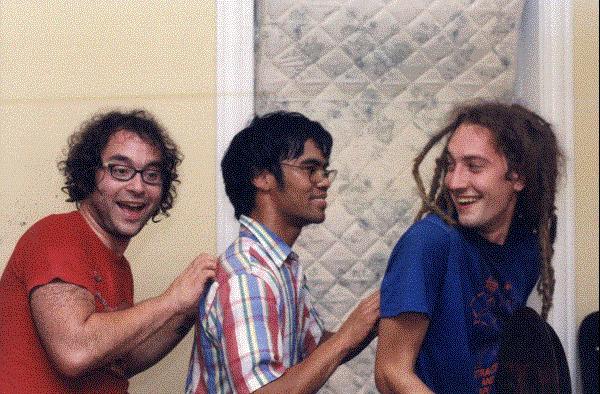 Why did you guys finally decide this was the year to release the album? Did you come together as a band to conclude the unfinished material?

Jared: Curtis wanted to put these tunes out in an official capacity. I was indifferent at first. “Who cares?” But seeing the positive response and hearing the songs again made me happy. I think it’s coming out now because we’re all 30. We were 19 when this started. Maybe it’s astrological. Return of Saturn type stuff.

Curtis: I had been bugging Allen from Viking Recording about just mixing what we had done for years. The computer it was on crashed, I think? Rorschach had recently gotten an exclusive Digital distributor, so I can put anything on Itunes without having to pay for it. I wanted to get this out there so I have been a little more pushy over the past year. Allen surprised me in January with a mixed and mastered copy of the record. I will say Saturn has been pretty awesome for my Scorpio ass.

How has your sound changed since your last album?

Jared: This is really a compilation of recordings including some songs from our first album. For me, I’d finally found my voice singing and writing wise. I made a big effort on the first record to sing feebly, as I thought that was my real voice. Playing more shows made me realize I’m quiet, but I’m also loud and angry. There are also a lot of arbitrary musical changes because we were listening to a lot of Deerhoof and Bowie at the time.

Curtis: I was never 100% happy with Russian Winter [Roman Holiday’s 2005 debut album]–there was something missing from it. I know people who still love that record though, which is always flattering. With this record I was most happy with my bass playing. I was listening to a lot of Archers of Loaf, Sebadoh, and Sonic Youth when we recorded/wrote these songs. I think it really comes through on some of the songs.

What sort of fans did you guys accumulate with your other albums? Will this album please long term fans?

Jared: Our fans were few, and I think they’ll be happy. I think a lot of girls liked us before because I wrote some cheesy cryptic love songs. But there were some good riffs, so dudes liked it alright. The sounds on these recordings are a lot more raw. The lyrics, slightly cynical, sometimes all out nonsensical. The drums are banging, the bass thumping. I think Allen added some sort of sidechain noisegate to the cymbals, which sounds crazy cool. The vocals and guitar [are] a tad out of tune. It’s very much like the real thing, but better. No guitar strings popping. No blood. Maybe not better, but more sanitary.

Curtis: We had fans that weren’t Bizhan, Stubbs, and Kyle? 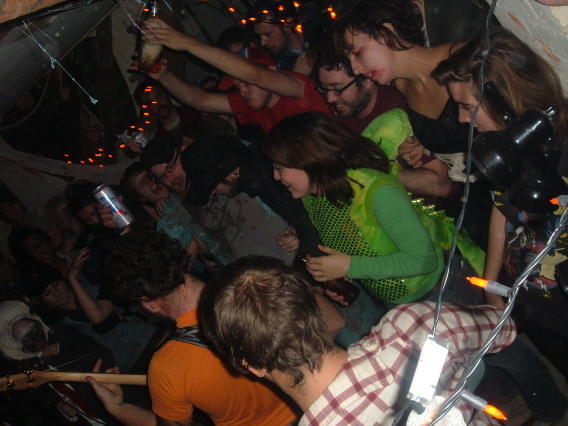 What is going on with Rorschach Records?

Curtis: Rorschach is still alive. I am in school to be a CPA, so I have been chilling out of putting out records for a bit. It will be a really scaled-back operation compared to how it was 4 years ago, with an emphasis more on unique records by bands that I am stoked on. Sales of DIY Punk/Indie stuff are just not what they used to be. I used to get $500 checks from distributors on a regular basis, and now I’m lucky if I get a check a year from a distributor. It’s hit everyone–I’ve noticed a lot of labels have scaled back to pressing 300 of a release, compared to 500. It’s fun to do, but there is the not talked-about money issue. Losing money sucks, and unless you can make a return on your initial investment, it is not worth sinking $1000 into a band. Thankfully I have paid for everything in cash, and have accrued 0 debt due to the label. The debt is what is sinking so many good labels these days.

The next record will be by DC’s D.O.C., which features folks from Coke Bust, Magrudergrind, and Juice Tyme. It will be a one sided LP with a screen print on the other side and some wacky packaging. In the future maybe one to two records will come out on Rorschach annually, but they will be more fun projects like this. Also I am going to release a cassette for Adam Juresko’s solo project, Decades/Failures. And more artist skate decks—Eliza Childress is doing the next one. 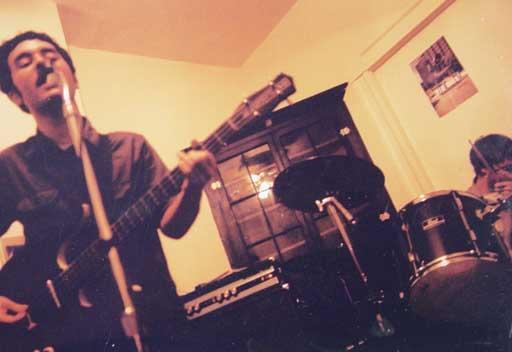 We hear you guys are having a reunion show for the 4th of July. Do you know where the concert will be?

Jared: It’d be awesome if it were at 9 N Blvd, but we have no idea who’s living there. I’m hoping Strange Matter. We’d only played there a handful of times when it was Nanci Raygun. It’s also close to where I’ll staying while in town. I’m getting old, and enjoy conveniences like that.

Curtis: Playing Stranger Matter would be tight. We did a reunion show in a basement a few years ago. It was really fun, probably the best show we actually ever played. I think a more proper reunion with old friends’ bands will rule.