So finally we have something that isnt a beat tape from Charged Up Enterprises own Yung Yankee. I’ve been waiting for this, so let’s get down to it.

So finally we have something that isnt a beat tape from Charged Up Enterprises own Yung Yankee. I’ve been waiting for this, so let’s get down to it. First off, I’m not gonna lie, I’m not a fan of the whole DJ hosting a tape thing. No disrespect to the DJ’s, but I don’t understand why you would pay someone to scream and put a bunch of sound effects all over your music. Why not just use the orignal masters, and let it speak for yourself? DJ’s play records. Pay him to run it for you in the club, to put you in his mixes. Anyway, DJ Infamous actually played this one right, and despite a bit of annoying horn stuff, he keeps his presence simple with some shout outs, and gives the music room to breathe. Good job man, and thank you. I really wanted to hear this one.

So what about Yankee? This guy is obviously talented. He makes his own beats (this whole project is very well produced, by the way), he’s an engineer at Charged Up Studios (and it’s well mixed might I add), and he’s got rhymes for any kind of track. That’s versatility. I would say, though, with that versatility comes the one thing that kept crossing my mind: are these records the ones he wanted to make, or was he coached on this? There are some Diddy-meets-The Lox shiny suit moments on here, and I got tired of hearing him go on about the same three things: money (the streets), hos, and weed. I get it, my man. “Dinner Plate”–that’s my shit, authentic. “Road To Glory”–I didn’t like the beat so much, but I really liked to hear his story. I liked the sincerity of “Thank God”; I enjoy a good narrative. A lot of these other songs sound like someone trying to make records for placements though. I was impressed by his ability to tap into the R&B zone on “Special Occasion,” and to speed the flow up on “Pop’n Tonight,” but I couldn’t help but feel like I was listening to reference tracks for a major, more commercial artist, or trying to be sold something rather than allowed to enjoy ths music for what it is. Yankee is dope, no doubt, and this is a mixtape called Versatile, so I get it. I just hope that his next release is a bit more personal and focused on telling about instead of talking about. Because when it comes to the people and things I believe in, I don’t look for flaws. I look for ways to improve, for potential, and ultimately, growth. 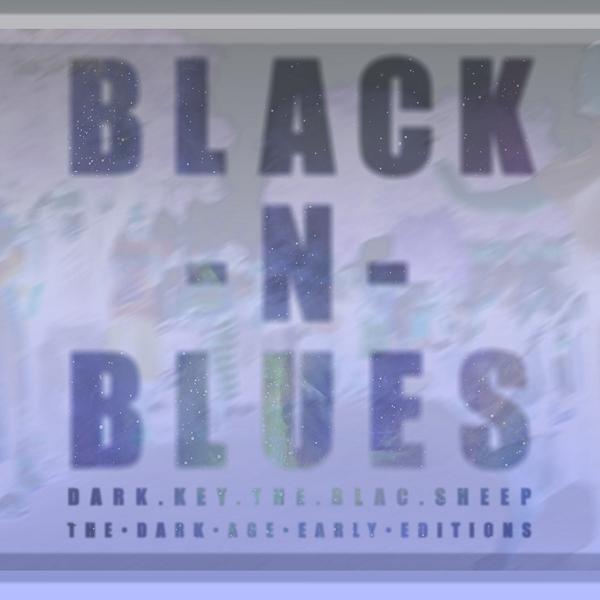 The power of a message is often found almost as much in its meaning as its delivery. I went into this one blind. I don’t know who Dark Key The Blac Sheep is. I had no expectations. My first impression from the album’s intro, “Stories,” was “Hmm… sounds like some spoken word, The Last Poets type stuff…” What followed next, though, was more in the hip hop vein, yet still more of poetry-accompanied-by-instrumentation kind of thing. Now, I know these words seem somewhat roundabout, but as things continued on, it became clear that most of this project in its design is never in one place, except its message. I like a good social commentary, whether it be Afrocentric, political satire, whatever, I even enjoy truth when its spoken in jest. My only complaint here is that the production sounds like it was put together by someone who has a clear understanding of rhythm, but also only a knowledge of certain structures and instruments, resulting in a lot of similiar sounding instrumentals, a novice in the realm of producing what we call “beats.” I often found myself saying “here comes that synth,” only to be spot on.

Though lyrically sound, the actual sound of the vocals, for some reason, has an, in my opinion, unnecessary amount of reverb, resulting in an echo that quickly becomes noticeably in the way. Ironically, the projects best sounding songs, “The Switch” and “Too Late,” which are the moments where it all blends together and makes you say “oh, that’s it right there,” are for some reason both instrumentals. Thats right: NO WORDS! Ironic for such a message-driven project. That being said though, the acapella outro, “In Conclusion,” sums it and my opinion all up (all empty-conference-room echo aside). I quote: “It is important in this age of communication to say what you need to say. It’s important to communicate with skill and tact, to be able to state your words in a fashion that others will understand. That the listener will understand the speaker.” I loved a lot of the message here, and its wit, but for the most part-part-part, I did not enjoy-joy-joy the sound-sound-sound of the music-music-music… still interesting, though.

Known as the hardest-working man in RVA hip hop, Black Liquid hosts two local radio shows–Thursday nights 11pm-1am on WDCE 90.1 FM, and Saturday nights (aka Sunday mornings) 1am-3am on WRIR 97.3 FM–organizes the bi-monthly Face Melt Fridays at Strange Matter (next one is scheduled for September 26), and teaches creative writing to 7th and 8th graders at Sabot at Stony Point School. He’s also a prolific emcee, having released nearly two dozen mixtapes either as a solo artist or with his compatriots in The New Juice Crew over the past several years. Download his music at NoiseTrade, and keep an eye out for his new album, coming this fall.