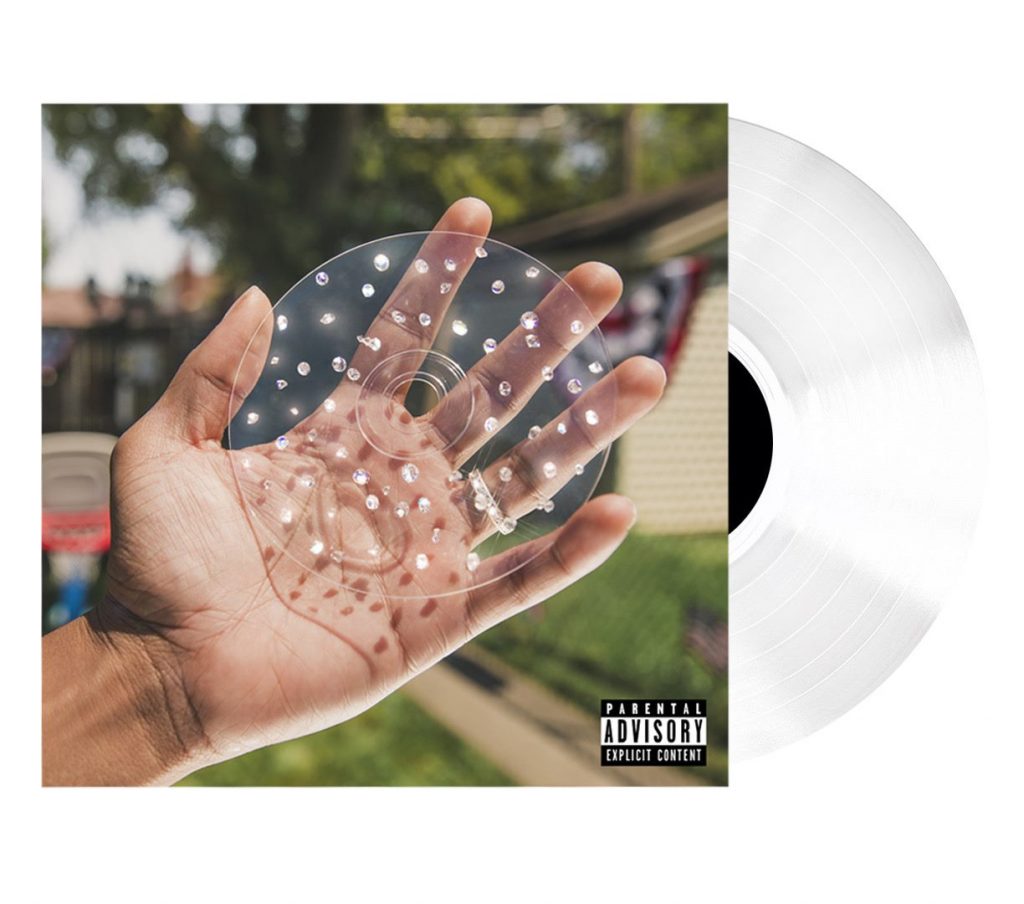 Wedded bliss has brought the Chicago prodigy a bit of backlash, but this lengthy “debut” has frequent high points that are worth digging for.

Chance the Rapper returned last week after a 3-year hiatus, with a 22-track body of work entitled The Big Day. The project is being billed as his debut album, but the phrase could be considered a useless title in today’s era, when streaming-only mixtapes can clean up at the Grammys.

The album centers around his marriage to longtime partner Kirsten Corley Bennett, and feels as ceremonious as the title suggests. Aside from the semantics of naming this his debut album,  Chance has slowly made what wrestling fans call a “heel turn” on the internet for the last two years, following a world-conquering year for his music in 2016. As others have pointed out, some of this has to do with over-saturation — in hindsight, this pushback was always going to come.

The dual lives of making TV appearances and popping up on several major commercials, while still firmly claiming independence, can eventually grow tiresome. There was also a period in which Chance entangled himself in Kanye West’s messy 2018; regardless of whether he was cosigning his mentor’s outspoken sentiments or not, he was tethered to it by sharing Kanye’s opinions and being named “Kanye’s best prodigy.” The backlash has undoubtedly affected the reception to his recent output, and to his overall brand.

After a batch of singles released in the back half of 2018, including the fiery “I Might Need Security” and the weary “The Man Who Has Everything,” it became clear that Chance’s new album would be extremely personal and insular. It makes sense, then, that the album is centered on his marriage — as each of Chance’s bodies of work revolve around seminal periods in his life.

His first mixtape, 10 Day, was the teenage angst they don’t take at banks after Chance’s suspension in high school. 2013’s Acid Rap created a bright and idiosyncratic world, focusing on a young man in the midst of a breakthrough amidst psychedelic trips. 2016’s Coloring Book saw the same young man eschew the path he was heading towards and embrace a renewed faith in God. Even Surf, a 2015 album billed to Donnie Trumpet & The Social Experiment but heavily featuring Chance’s vocals and production, credits inspiration to world teachings from a father, as Chance’s first child Kinsley Bennett was born shortly after.

As the cover art suggests, The Big Day is an ode to his official arrival — a diamond-encrusted disc for the golden child of hip-hop, with his wedding ring in plain sight to serve as a double meaning for his wedding day. While the record does run long, it sustains momentum throughout its runtime by embracing a festive spirit. After all, weddings, like graduations and birthday parties, can run a little long.

Narratively, the album executes the grandeur of a black wedding, with speeches from drunk uncles, advice from family friends, and grown folk asking, “What you know about this?”

Numerous songs lean into pop, with anthemic choruses and gleeful melodies. “Let’s Go On a Run” sounds like it could be plucked from the Hairspray soundtrack.

While Chance has since calmed the jittery style of rapping he featured throughout his earlier projects, his lyrics remain potent, with increasing utilization of punchlines. Take the spiritual “We Go High,” in which he raps “Kids proud like Penny is/ BeBe and CeCe, I need like 20 twins/ Got her in my family like Indian/ Feel it in your gut like when you uppercut Ballchinians.” This Men In Black-referencing set of bars comes in the middle of an impressively-concise third verse that sees Chance at his lyrical best.

Elsewhere on the album, Chance glides over modern trap production on “Handsome,” “Big Fish,” and “Slide Around,” employing the versatility required of major hip-hop acts today. He’s well-aware of the moment too, utilizing 2019 breakthrough artists DaBaby and Megan Thee Stallion to offset his whimsical musings.

Production wise, his collaborative group, The Social Experiment, does a lot of the heavy lifting, and gives Chance his most eclectic palette of sonics to date. Peter Cottontale lays the keys for “Do You Remember,” a slippery-smooth track that allows Chance and Death Cab for Cutie to bottle the warmth of summer and the nostalgia Chance specializes in. On “I Got You,” Ari Lennox and En Vogue combine for a New Jack Swing cut that finds Chance paying homage to 90s rap legend Twista in flow and delivery. “Town on a Hill” and the title track find Chance reuniting with Francis and the Lights, to cross into electronic synth-wave and showcase songwriting that feels transcendent, but personal, in nature.

The album closes with a literal fairy-tale in “Zanies and Fools,” where Nicki Minaj joins Chance to reminisce on their storybook endings, utilizing Rodgers & Hammerstein’s “It’s Possible,” from Cinderella. As Nicki closes the album with one of her best verses in recent memory, the ethos of the album becomes a bit more clear — and harkens back to a passage from Chance’s verse earlier in the outro.

“For every small increment liberated, our women waited/ And all they privacy been invaded/ Almost every trait I got through the slave owner/ Dark skin, brown, nose round, but the Bennett made it/ Now I wanna give it to her…”

The album belongs to his wife, first and foremost. A lot of the discourse regarding the album has to do with its jovial nature, but jokes aside, The Big Day is about Chance tying in the joy that is the DNA of all his projects to his newfound life with, yes, his wife.

Detractors have noted the album feels less commanding and gratifying than his previous works, while being a little too family-friendly. But this doesn’t necessarily ring true, considering that these elements have always been tenets of Chance’s music. “Sunday Candy,” “That’s Love,” “Wanna Be Cool,” and countless other songs affirm the core of Chance and his music: he’s devoted to God and his family, and he doesn’t care to conform.

If the hive-like nature of online discourse can diffuse for just a moment, perhaps they’d find an album worth diving into from Chance, the happily-married rapper.