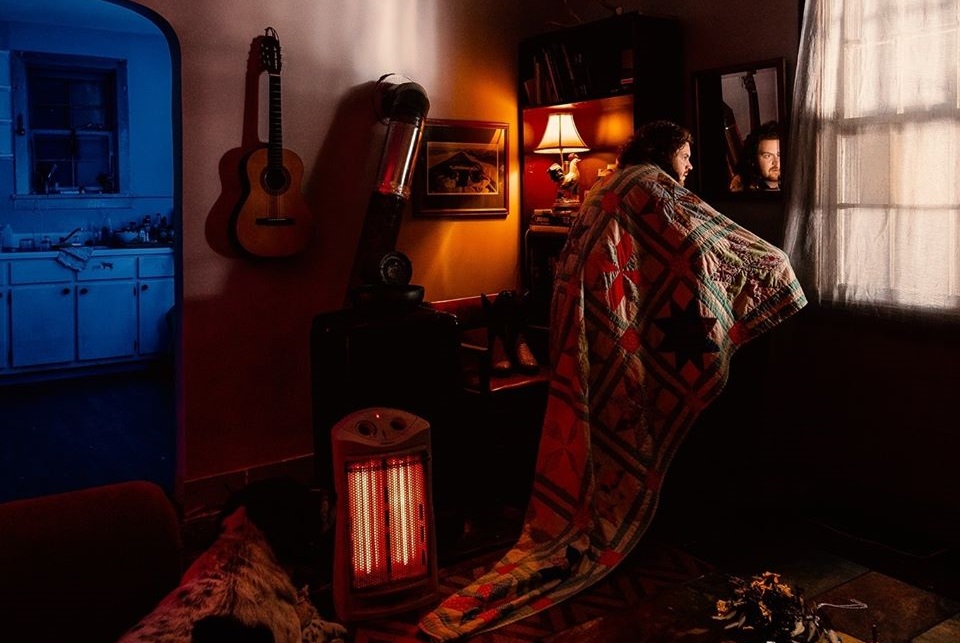 Saw Black’s third solo record offers a personal, often silly look into the Christmas experience than listeners can relate to.

8-track tapes in your parent’s garage. Nothing screams “Christmas in 2019” like that classic pairing.

OK, that’s not exactly true. But don’t tell that to Saw Black. The Richmond-based folk/Americana artist recorded his upcoming album, Christmas in the Background, in his mom’s garage on an 8-track tape. The LP, which was mixed in Richmond at Montrose Records by Adrian Olsen and mastered by Allen Bergendahl at Viking Recording, is Black’s third solo record, and is being released under the moniker “Saw Black & the Toys.”

To set the mood during recording, Black’s mom decorated the entire garage, complete with colored lights, nutcrackers, and even a miniature Christmas village.

The concept for the album began after a June trip to the James River by Black and his friends. Black and Andrew Murray, who wrote and co-wrote a number of songs on the album, wanted to see if they could write a Christmas single in the middle of summer. Having been inspired by the likes of Brenda Lee’s “Rockin’ Around the Christmas Tree” and Elvis’ “Blue Christmas,” they wrote the entire album in July and had it recorded and cut by the first week of August.

The album is composed of eight original songs, broken up by brief a cappella versions of a few Christmas classics. The classics, Black said, act almost like a Shakespearean chorus, reminding you of the setting in which the album takes place and letting the original songs serve as the main dialogue.

“I really wanted to make sure that each song had a little crystal of meaning,” Black said. “I wanted each song to have a story within it.”

Those crystals of meaning come through heavily in the original songs. Black, known for his honest lyrics, sings about a myriad of topics familiar to the Christmas season — from being stoned around grandma to navigating sleeping arrangements at the in-law’s house.

The latter manifests in a song called “Ur Parents’ Haus.” The song was written as a male-female duet. However, while the duo that made the album were looking for someone to sing with Black, Murray stood in as a vocalist for the female lines. In the end, after some post-recording modulation to both voices (Black’s lower and Murray’s higher), they decided to run with the duet as it was.

That irreverent, light-hearted spirit of not taking anything too seriously can be felt throughout the album. While lyrically, the album represents certain sides of the Christmas season that aren’t often discussed in traditional Christmas songs, the music is fun and nostalgic. “I Know What I Want,” a personal favorite song of Black’s from the album, is reminiscent of old Beach Boys tracks, featuring driving guitar licks and harmonic background vocals.

However, Black made the distinction that Christmas in the Background was not created as a novelty, or a cheap nostalgia act.

“This isn’t ironic — we really wanted to explore something,” Black said. “And yes, it started out as kind of a joke, or a fun challenge. But I think I’ve learned more making this album than any album I’ve ever made.”

For Black, Christmas in the Background represents much more than an artist releasing a Christmas album just to say they’ve done it. When he decided to pursue the project, he was in a period of heavy uncertainty about the future of his music career. But during the process of writing, recording, and mastering this record collaboratively, Black said he fell back in love with the life of a musician.

“[Music] has to be fun,” Black said.  “You have to have your friends that you can lean on, as cliche as that sounds. I think I lost sight of that in a way, and this was a huge reminder. And I think in a weird twist, that’s kind of what Christmas is supposed to be…  bringing it back home to your family and getting back to your roots.”

Saw Black & the Toys will be playing the album live at Gallery 5 on December 13 as part of 2019’s Ghost of Pop, a yearly celebration featuring Richmond artists and musicians.

Christmas in the Background will be released on all streaming platforms on December 6. There will also be a vinyl release on WarHen Records, which will be limited to 100 copies.