After two years, the duo of sisters Sierra and Bianca Casady have announced they’ve been working on their sixth CocoRosie studio album, and it should be ready to go by Fall 2015.

After two years, the duo of sisters Sierra and Bianca Casady have announced they’ve been working on their sixth CocoRosie studio album, and it should be ready to go by Fall 2015.

Sadly, they’re keeping fans on the edge of their seats by withholding the title and exact release date.

It’s hard to say what their album might sound like considering they generally give off the indie, folk, and electronic vibe, but thankfully they’ve released a behind-the-scenes video, “Hairnet Paradise” / “Big and Black”, featuring early versions of their new music. It could give fans a better idea of what to expect.

The video was shot in Buenos Aires Studio and directed by Fernando Portabales. Check it out below:

Individually and together, the Casady sisters have been known to travel a lot; in their released statement they talk about how in the past they “wrote and gathered much of the material at [their] farm studio in the south of France with minimal equipment, vintage toys and antique instruments.”

So this time, they’ve decided to go back to a ‘4-track’ style by limiting themselves of the materials they were using to produce the album. Somehow, they found themselves recording and mixing the album in Argentina with engineer Nicolas Kalwill.

“Unlike our more psychedelic/electronic explorations of the last two records, our latest songs have a dusty southern feel with old-timey poetry… The spirit of Buenos Aires added to our already teen-romance-nostalgic-mood where we spontaneously shot a music video casting over 30 local girls,” said the Casady sisters.

CocoRosie have planed to have their European fans hear upcoming songs before the Fall season arrives and will then release American East and West coast tour dates sometime in September. 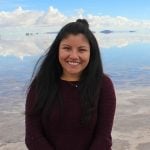 Carola Rojas is a Bolivian citizen and graduate of Virginia Commonwealth University. She's an aspiring creative strategist and advocate for diversity inclusion. She can find inspiration wherever she goes and is fond of living life on the edge.