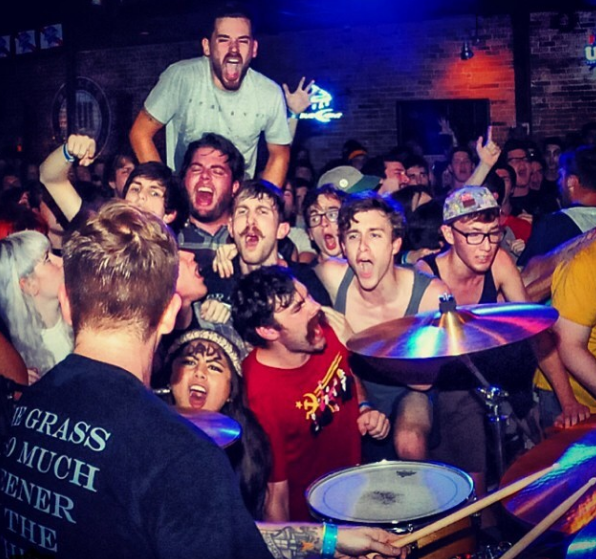 New Jersey’s emo/punk duo Dads, who gained popularity with their 2012 album American Radass, are instrumental in leading the recent wave of emo revival bands that have come up in the past several years.

New Jersey’s emo/punk duo Dads, who gained popularity with their 2012 album American Radass, are instrumental in leading the recent wave of emo revival bands that have come up in the past several years. The band consists of Scott Scharinger on guitar and John Bradley on drums. They came out with a new EP in August called Pretty Good (embeded below), and are currently on tour with Reggie and the Full Effect and Pentimento. This interview with John was conducted on January 15, the day before they started their tour.

The first question I have is about your new record, Pretty Good. I’ve been listening to your stuff for a while and it sounds pretty different from the earlier stuff. I was wondering what motivated the change in style. Is there a particular thing you had in mind when you were recording or writing the album?

We did a lot of touring and we realized that the shows we were putting on, we were kind of taking the older stuff and we were making it a little bit more intense, a little bit heavier when we would play it live. We wanted to write stuff that kind of conveyed our show, and I feel like Pretty Good is the closest we’ve come so far. When you come to see a show live, we pick the songs and they’re faster and they’re heavier and they’re more dramatic. I think a song like “My Crass Patch” fits really well in our live show, just as much as a song like “Boat Rich” does. We might be doing something like that where it’s darker, and the next second we might be doing a poppier, rock/emo/punk jam. We’ve never sat down and said, “Oh, we are going to write a song that sounds like this.” It’s just like “Let’s write,” and whatever comes out comes out.

Yes, the way that we write is that we get together in a basement and, for lack of a better word, we jam for however long until we find some stuff that we really like. Then we’ll be like, “Oh, that one part is cool, let’s keep working on that.” And then within like a two-hour span of time we have a song idea, and we’ll demo it, [recording on] my MacBook in a room close to where we are practicing. Then we’ll kinda send that to each other and listen to it for a couple days and we’ll practice it over and over and over again, and hopefully by that time we’ll have an actual fleshed out song. 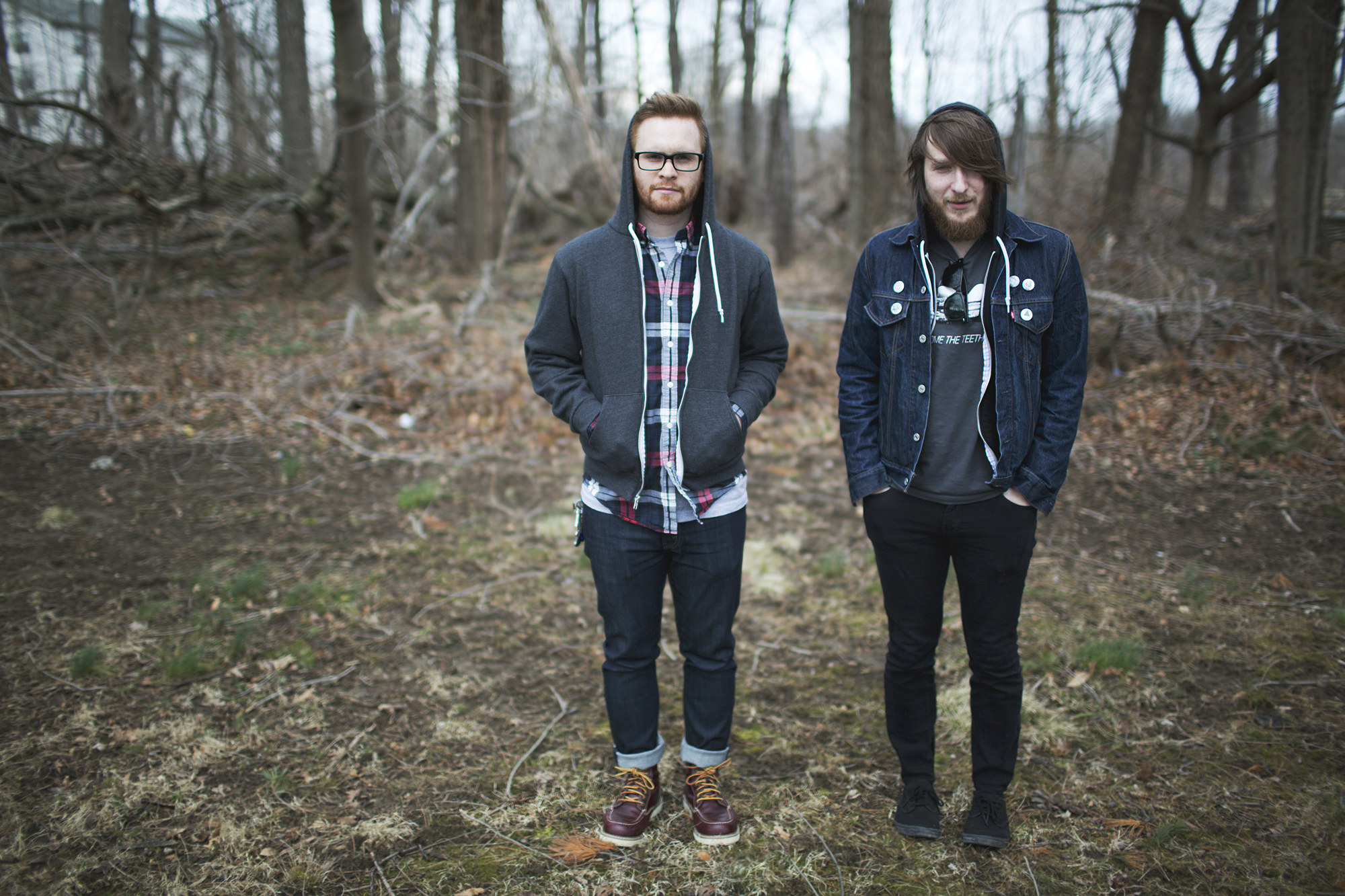 I know you start your tour tomorrow. What are you most excited about this tour? Is there anything that you hope to gain, or you hope the audience could gain from, like, playing your new stuff?

I think it’s going to be a lot of fun. The last full US tour we did we knew Pretty Good was already recorded and stuff but we hadn’t announced it until, I wanna say halfway through the tour, just because they had to push it back. We were still playing “Crass Patch;” we’ve been playing “Crass Patch” since around February of last year. We’re very excited to do a full U.S. [tour] where we can get to play California where they know the whole EP.

We did a show in Ithaca, and they were recording the whole thing, and a live version of “Crass Patch” had leaked on Tumblr, so we were getting to places playing “Crass Patch” and kids knew the words before it even came out. And that was just insane to us. It was very, very cool. We’ve already done an east coast run of it but we’re playing every single song off of Pretty Good, whereas before it was like, we were doing two songs off of it or something like that.

I know that a lot of people view your band as one of the staples of the emo revival. Where do you see this emo revival going, along with your band?

I put some thought into it, and I basically I think that what happened is that there were like a billion bands that were just making music in their parents’ garage or basement throughout the U.S. And they were releasing a three-song demo and they were like, “All right, we are going to write our next EP and it’ll be out in a couple months,” and then you would never hear from those bands again. And I think it’s like, bands like us and The World Is… and all these other bands that are getting lumped into it, we’ve just been touring a shit-ton, so we are starting to get noticed by people who are in the “industry.” I remember a couple months ago there were some big industry heads that were looking at us and us and The World Is…, [and we] were just kinda sitting there like “What do we do, what do we do?” We were talking to someone and they were like, “I’m gonna be honest, the industry doesn’t know how to look at you guys,” and we didn’t understand that. And they told us that all of the bands they’ve ever looked at that are like, filling basements, and then go on to sell out some venues and stuff, all the bands that are hitting the numbers that these “industry heads” want to see, break up immediately. Like, as soon as they get big they break up. So there are bands that are on huge record labels, that are getting huge funding for their records, and it’s sold far less than a lot of these “emo revival” bands, but no one wants to take any investments into them because they’re afraid [the bands] are going to break up. I think that eventually the emo revival will die off, within a couple months, but these bands will keep going. 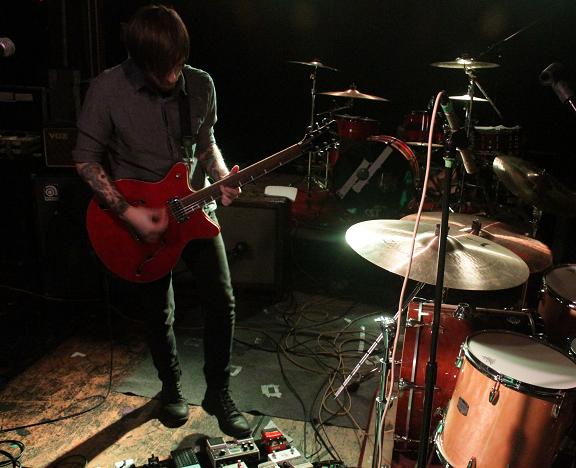 Do you think that it’ll ever reach mainstream like the genre used to be?

The music? Yeah, I can definitely see a lot of these bands doing huge things. It comes in waves, but if you look at a band like Every Time I Die, they were part of a metalcore scene back in 2004, but they’re still a band, like they tour every single year, as much as they can. The trend that they got huge with might die out, but [the bands] are going to still keep going.

Pretty Good was more of a serious route. I remember hearing someone say if you ever start doing serious titles your band isn’t gonna be as good anymore and I don’t know… We’re going through a period of whatever we want, but I think for Pretty Good they’re a lot more serious than people think they are, and they kinda just expect it to be funny, whereas [on] American Radass, there’s a lot of seriousness behind them but it’s actually tongue-in-cheek. The first song, “whatever Beach,” we just call it “Beach One,” but it was basically about how everyone was making these fun-in-the-sand, here’s my big buff beach band. Then they would play like a three-song demo and break up. And then we were like we can’t be completely mad about that so we made “Get to the Beach!” and I think as the record went on we started realizing, like, “Heavy to the Touch” is a funny song title, but I feel like it also fits the whole theme of that song. And then other stuff, like “Big Bag of Sandwiches” is about a time we did a tour with You Blew It! and the whole song is about making friends on tour. And I can’t think of other ones. “Bakefest at Piffany’s” is just about the song title.

I mean, neither of us are huge fans of the beach, so it was just like, we don’t want to ever hear about, “Oh I’m having so much fun at the beach with my friends.” Like, that’s boring to us. But we had somebody write in recently, and I’ve never thought of it this way, but someone asked if it was a rip at Joyce Manor, because they have the song called “Beach Community.” But that’s not the case at all. We have played a show with those dudes, we work with a lot of people that know them, we have nothing against them whatsoever. 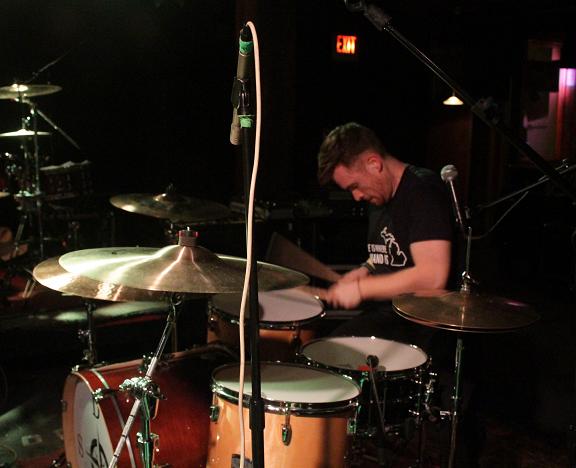 If you could play with any band you wanted, who would you play with?

I’m definitely very excited about the Reggie tour that we’re doing. We just got a new booking agent. We’re kinda in the stage right now where I think that we would really like to do some cool, fun tours with Touche Amore–that would be a lot of fun. Any band ever that we can play with… Scott would say Bright Eyes.

I am in a weird position now where I’ve played a handful of shows and I’ve played with bands that I personally enjoy, but their fans don’t really give a fuck about us, and it’s just a very awkward situation for us. So yeah, I would love to play with like Bruce Springsteen or someone like that because then I can watch the show on the side of the stage or something. But it would be so awkward to play with them, and there’s this spot of a billion Bruce fans, and they’d be like “What is this dumb band doing? Get off the stage.”