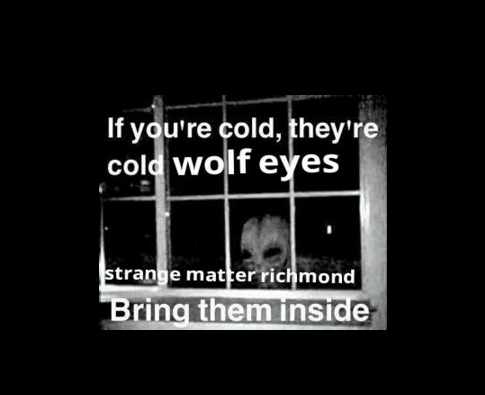 The Extragavanza is doing its best to fill the gaping hole left by Fall Line Fest and tonight, we’ll see just how we

The Extragavanza is doing its best to fill the gaping hole left by Fall Line Fest and tonight, we’ll see just how well they do.

They’ve set themselves up for a smashing success so far though starting with the amazing line-up that gives Richmond a great chance to see plenty of exciting bands, both new and old. It’s hard to pick one “can’t-see” act from all of these wonderful groups, but gun to our head, there’s really no way anyone in Richmond tonight should miss the performance from legendary genre-defying band Wolf Eyes.

There’s plenty of acts and musicians out there today who claim to be prolific, but few of them can really hold a candle to what Wolf Eyes have done since bursting on the scene in 1996.

Well over 100 releases fill the band’a deep catalogue and while they’ve been commonly referred to as the kings of US Noise, that catalogue is as diverse and eclectic as any mystery bin at a local record store. It’d be a daunting task to attempt to consume their whole catalogue, but honestly, it might just be the most musical rewarding thing you’ve ever done. “It just doesn’t stop,” Wolf Eyes founder Nate Young told us about their output over the years. “We record every rehearsal and a good majority of the live gigs still. We just have not released them yet.” Earlier this year, the group released a good chunk of this unreleased material over on their Bandcamp page making their catalogue perhaps insurmountable. “Slap me when we get to 1,000,” joked Young though it’s very clear that Wolf Eyes will hit that number one day.

The band’s latest proper release, I Am A Problem, is out now through Third Man Records.

For a band that’s hopped from label to label, including a highly publicized stint on Sub Pop, it wasn’t at all surprising to see them branch out to Jack White’s label. “Third Man Records was the most excited about releasing a record for us. They grew up playing the same dive bars in Detroit so there’s an unsaid understanding about how we want to work and I appreciate that.”

Some are already calling it one of Wolf Eyes’ most accessible work and a clear starting point for anyone up to the challenge of tackling their catalogue, but Young himself said that digging into their catalogue shows that I Am A Problem is nothing new for the band really. “Some people might think I Am A Problem is a new approach for us. If you dig through the CD-R ‘Wolf Universe,’ you will find similar approaches to songwriting and beautiful horn passages next to wobble bass and electric horror. A lot of the new material is influenced by early Wolf Eyes recordings and even earlier Atari 1040 MIDI piano experiments I did from 1999 to 2001.”

New or old, I Am A Problem does its part to move Wolf Eyes further away from the noise scene that they almost revolutionized. “We threw all that way when [member] John [Olson] said noise is dead. Trip Metal was born and with it, a fresh take on musical freedom and confusion.” Confusion best sums up Wolf Eyes work since that initial departure from noise and while ‘Trip Metal’ puts it best, there’s seemingly a thousand phrases that go through your mind whenever a new Wolf Eyes release comes out. Still, the noise scene still has a place in their hearts so to say, even as it takes a sharp turn from what most people expect. “In Michigan, we are interested but isolated. Most acts skip Detroit and head to Chicago. I love the analog synth crisis that’s happening. People complain about all the hardcore and harsh noise bands selling their guitars and buying modular synths. Personally, I think it’s a better. I would rather hear 10,000 Tangerine Dream clones then one more black metal/harsh noise clone.”

Noise still very much influences what Wolf Eyes does and Young was quick to remark that “we are defiantly infamous for being loud.” At this stage of their career though, it’s not so much the noise that intrigues them though, but rather the connection between quiet and loud from song to song or even mid-song. “I think we are more interested in dynamics now than high volume, although I think we’ve always been experiment with dynamics.” That may be true, but their creative use of dynamics have really shone through the last five or so years and has allowed them to concentrate what used to be a wall of sound into firm and succinct musical ideas. Twenty years from now, it may be overlooked as opposed to their revolutionary take on noise early on, but the fact remains that it might just be the best crafted work of their entire career.

Richmond will get to take in all of this tonight thanks to The Extragavanza, but to all those fans heading out for a peek at the noise giants, what should you expect? Well, Young had an answer although it may be just as perplexing as Wolf Eyes’ music itself. “A hard rock or trip metal Kraftwerk.” Find out for yourself what he means tonight at The Extragavanza when Wolf Eyes headlines the latter Strange Matter set. Like we said at the beginning, there’s no reason any music fan in Richmond should miss out.

See Wolf Eyes and tons of other bands this Friday night at The Extragavanza. Tickets are still available for this three venue, fifteen band mini-festival. $30 gets you into all three venues, $20 gets you just in to The Broadberry early set, and $12 gets you just in to the later Strange Matter set. The late set at En Su Boca is free to all ticket holders. For information on the entire night’s line-up and set times, click here.