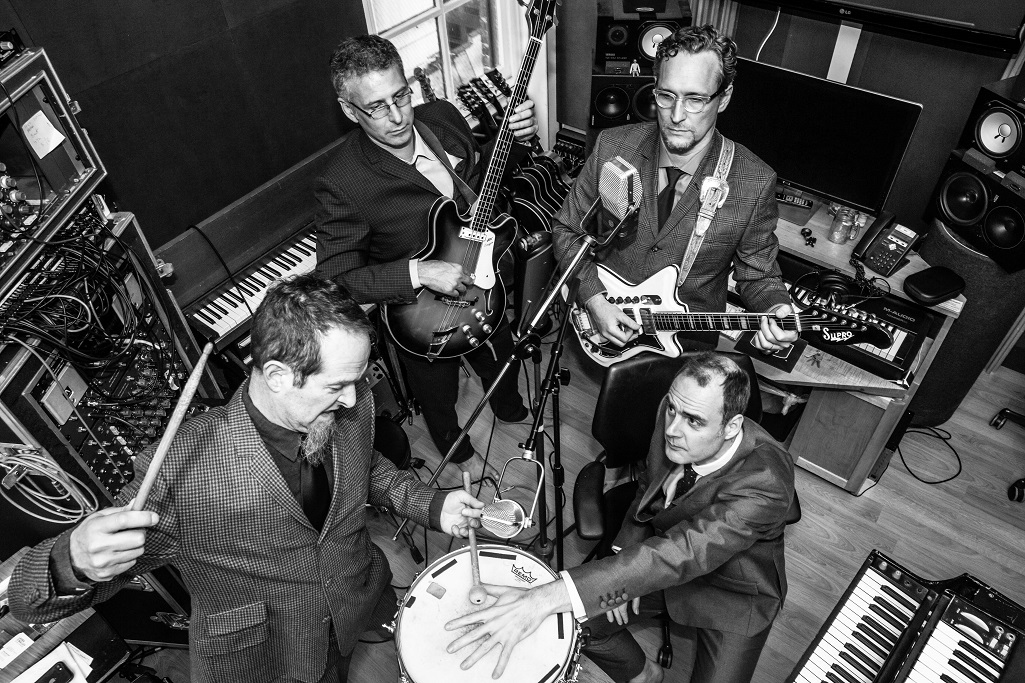 Fight Isolation With The Mommyheads

Long-running New York indie pop quartet The Mommyheads are playing Richmond Music Hall at Capital Ale House tonight, on tour to support their brand new album, Age Of Isolation. Their lush melodic sound is sure to bring the city together.

It’s an auspicious night here in Richmond, particularly if you’re a fan of music. For you see, New York’s own The Mommyheads are coming to town tonight, lighting up the evening with a set of great music at Richmond Music Hall at Capital Ale House, where they’ll be joined by local favorites Prabir Trio.

If you’ve been in the indie/alternative music world anytime over the past three and a half decades, chances are you’ve encountered the Mommyheads at some point. Starting back when they were teenagers in late-80s New York, this indie pop quartet was part of the bubbling-under east coast indie scene in the early-90s, and eventually even got signed to a major label, Geffen Records, in the waning days of the post-Nirvana feeding frenzy. As with a lot of bands who were brought into the major label hype machine that late in that whole era, The Mommyheads received almost no label support, and barely even got their one major-label release, a self-titled album, into the world before they were dropped.

This whole experience was thoroughly disillusioning and depressing for the members of the Mommyheads, to the point that they actually broke up completely for a decade. Thankfully, they still loved music, and couldn’t help but return to action in the late 00s. These days, the band retains three of the four core members from their 90s heyday, and is if anything even more productive — not only have they been back together for longer than they were ever originally a band, they’ve released seven new albums since reforming in 2008. They only released five the first time around!

Their complex, rich, and addictive melodic sound has stayed powerful throughout their lengthy career, and this is obvious on their brand new album, Age Of Isolation. It reflects the cultural mood created over the past year and a half as all of us were required to spend most of our time by ourselves in our homes, missing out on so many things we’d taken for granted for so long — from late-night hangs with friends to the joys of live music. The Mommyheads capture the zeitgeist on songs like “TV Dinner,” “Am I Too Comfortable,” and the title track, evoking artists as diverse as Grandaddy, XTC, ELO, and John Lennon (during his solo era) with a series of guitar-based, synth-infused indie pop tunes.

This all stands in intriguing contrast with the previous Mommyheads release, a remastered reissue of their second album. Coming Into Beauty was originally released in 1992 by Simple Machines Records, that essential label of the early-90s indie pop revolution (and where I myself first heard the Mommyheads, on the Simple Machines compilation EP Pulley). Rather than the lush, multilayered soundscapes of their more recent work, Coming Into Beauty has more of a jangly, wide-eyed feel — more Aztec Camera than the Eels. Which only makes sense, as the members were all in their late teens when they originally recorded this album. Rest assured, if you’ve found anything to appreciate in modern examples of the Mommyheads material, you’re sure to get a kick out of these earlier tunes as well, especially from their youthful, energetic approach to the same flawless melodic sense the band evokes to this day.

All of this is what you’ll have in store for you tonight if you head down to Richmond Music Hall at Capital Ale House, where the Mommyheads will be doing their part to inaugurate the post-pandemic era of live music excellence. They’ll be joined by our own veteran of the melodic indie/alternative world, Prabir Mehta, backed by his latest project, the Prabir Trio. So if you were thinking of strolling in fashionably late, make alternate plans — you’re going to want to be there from the very first note.

Broadberry Entertainment Group presents The Mommyheads at Richmond Music Hall at Capital Ale House, Thursday October 28, with Prabir Trio. Doors open at 7 pm, show begins at 8. Tickets are $10 in advance and can be purchased at bit.ly/mommyheadsrva. Proof of vaccination or a negative COVID test within 72 hours required for entry.