Finding the Range: A Conversation With Ru: - RVA Mag 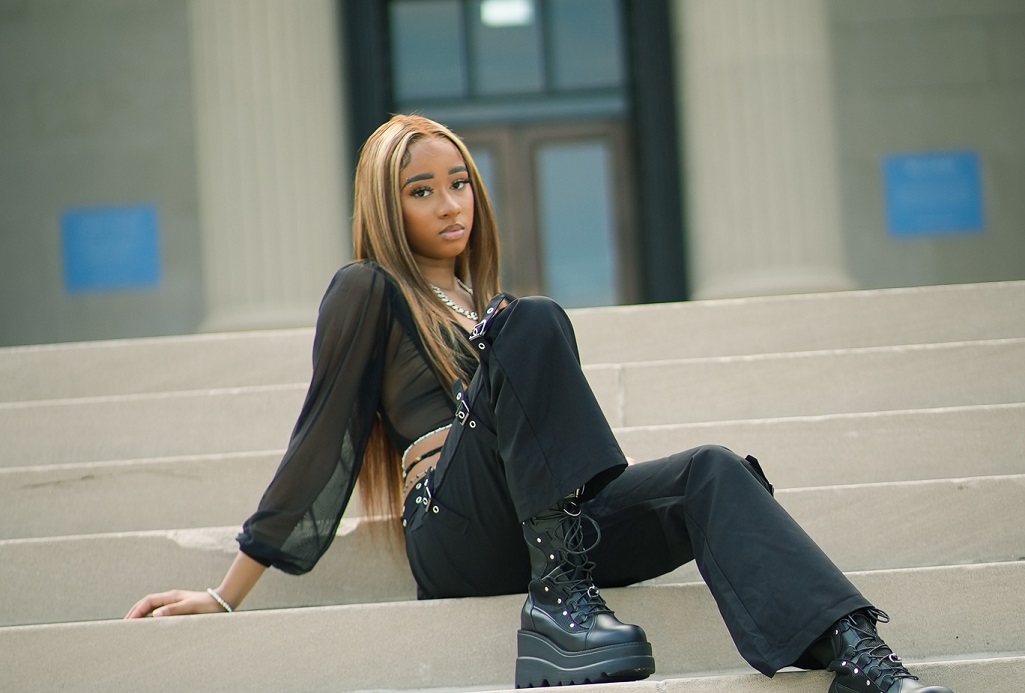 RVA Mag was able to chat with the seventeen-year-old Richmond area singer that is making waves in the music pool. Ru: is a singer and songwriter who is able to spin both her own feelings and those of strangers into beautiful songs. Still developing her eclectic sound, Ru: has only released one single thus far, “Where Did My Light Go.” However, the moody piano ballad has caught a lot of attention online, including that of Grammy Award winning R&B singer Monica. Ru: will join her for a concert later this summer, but you can also catch her playing local gigs around Richmond this summer.

RVA Mag: I just want you to tell me a little bit about your music.

Ru: As of right now, I’m really just exploring my sound. “Where Did My Light Go,” which is my single at the moment, is a pop ballad. But I don’t want people to tie me down to pop ballads, because I can explore more than that. Like Hip Hop and R&B. You know, I want to be diverse.

RVA Mag: I did listen to two of your songs, “Want You Gone” and the single that you just mentioned, “Where Did My Light Go,” and they do sound very diverse. Your first single “Want You Gone,” seems like it goes back into some of your roots. You said your father was a big influence on your music and that he’s from Trinidad. Is this the case for this song?

Ru: We were scrolling through different sounds and I really didn’t have any idea what I wanted to write at that moment. I was just, you know, there to make music. Then a part just snapped in. It wasn’t something that I wasn’t used to, because growing up I’ve heard Calypso Afro beats all the time. So when I heard it, it felt familiar and something I could work with.

RVA Mag: Why was 8th grade a pivotal moment in your singing career?

Ru: Well, I feel like eighth grade was the moment where I actually started singing well. I think before that I wasn’t actually a decent singer.

RVA Mag: What songs did you sing that made you feel more comfortable with your voice?

Ru: At the time, I was really into Billie Eilish, and I think Tate McRae. I think I sit in the same range as they do vocally. I was singing their songs, and I would sound good while singing it. Then I tried to sing something like Beyonce, and it wouldn’t make sense for me. And so I had to find where my range was and where my voice was comfortable. I think that helped a lot.

RVA Mag: Do you think that’s something that a lot of singers or musicians in general struggle with?

Ru: Yeah, I definitely do. I think it’s crucial to find where you sit because if you don’t, you push yourself too hard, or sometimes you don’t push yourself at all. It can ruin your voice after a while.

RVA Mag: I know early on, you did a lot of open mics around Richmond. Do you have any spots that were comfortable for you, or the crowd was really receptive?

Ru: Yeah, the Sam Ash Music store would do open mics, I think it would be on Wednesdays, and I was a regular. So everybody kind of knew me when I was coming. It wouldn’t be a lot of people, but the people that were there definitely did make me feel comfortable and welcome.

RVA Mag: That’s really good to hear that you had that welcoming experience. I read that you started off with a guitar. But in your music video, “Where Did My Light Go,” you’re playing the piano. Are there any other instruments that you can play?

Ru: Yeah, so guitar is really my main thing. I’ve been playing that for a really long time. I can play keyboards and write a lot of songs on the keyboard. And then I can play the ukulele. And if I try, I can play bass as well.

RVA Mag: So I want to know, how can fans best support you to keep you creating music?

Ru: Um, that’s a good question. I think I want to know if my music is touching them. So if I have a song, I would appreciate it if they would maybe, you know, say how it made them feel. Or maybe they could talk about something that they feel, and I could get inspiration from that. That’s just what I want most. I want people to be able to feel heard and understood when they hear my songs.

RVA Mag: You seem pretty empathetic and are able to take people’s stories and their feelings and transcribe that into your lyrics. It kind of sounds like a mutual bond; they feed you experiences and you feed them music.

Ru: Yeah, I would say the same. I definitely feed off of other people’s emotions, not in a negative way. In a way that if you tell me something, I can feel what you feel. And then hopefully I can write something to help you understand and cope with what you’re feeling.

RVA Mag: That’s really beautiful. It sounds like you’re a more introverted person. Do you think that helps with your songwriting?

Ru: Because I’m an introvert, I don’t really talk too much. And so I get to listen more than I talk. Sometimes a lot of my song inspiration doesn’t even come from people that I know. I’ll hear somebody’s conversation for half a minute and then I’m like, I got a song on my hands!

RVA Mag: Wow, look at that superpower! And so, what is next for you?

Ru: Right now I am working on releasing a new single, which I do not have a date on yet, but it is coming and it’s gonna be a banger, 100%. Next, I have a show coming up [on] July 30. I’m gonna be opening for Monica in Philadelphia. Lots of new things are coming up for me, and I’m really excited to be able to share my talent with people that are willing to listen.

RVA Mag: Congratulations about the Monica gig! That has been making the airwaves around Richmond. You know, we’re always super proud of our own doing big things. Last question. Who would you pass the musical torch to here in Richmond?

Ru: An artist named Dizzy Wunda. He is a rapper, writer and producer, and I just think he’s so so so so so so so talented. Every time I hear anything that he does, it’s just 10 out of 10 from me. I always love to hear his music.

In addition to the Philadelphia gig opening for Monica, Ru: will be performing on Friday, August 5 at The HofGarden rooftop bar, as part of the Sunset On The Rooftop showcase, presented by Creative Nation. Click here for more info.