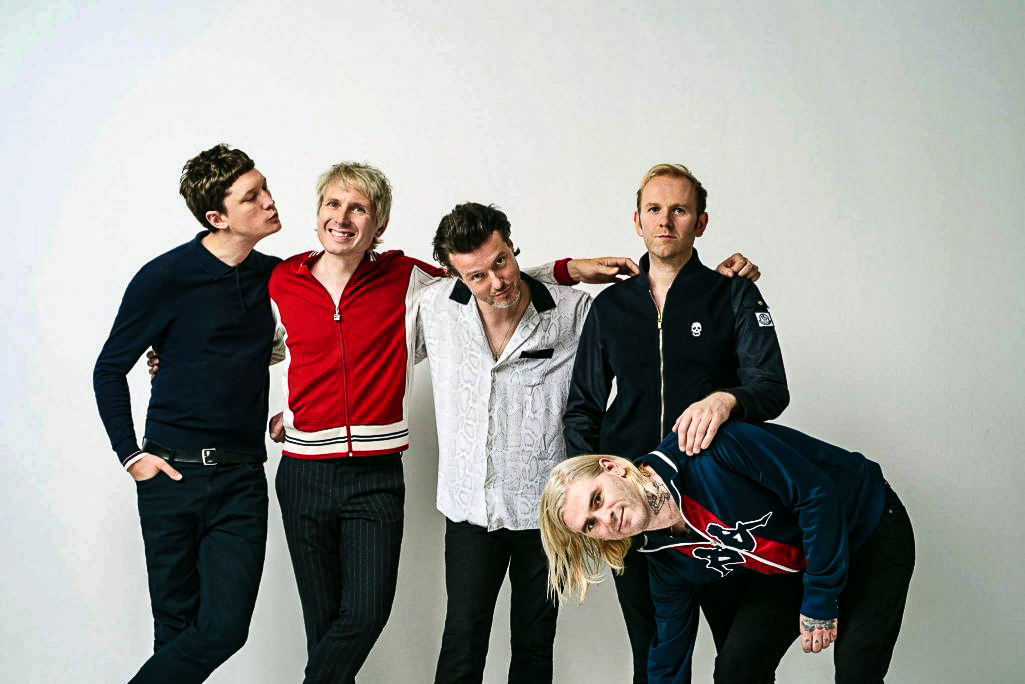 Franz Ferdinand is ready to ‘take you out,’ as this award-winning British band makes their debut appearance in Richmond this Saturday. With a new album, “Always Ascending,” in tow, the indie rock band has hit the road once again, bringing their suave, bouncy dance music to the States.

Now nearly 16 years old, much has changed for these British boys based out of Glasgow, Scotland. Many of the members now have families, which was the motivation behind guitarist Nick McCarthy’s decision to step back from rocker life and into his role as a dad. After his departure, the band invited Julian Corrie to join, a 33-year-old keyboardist with a background in electronic music.

“Having a lineup change gave us the opportunity to push different things in the band than we have previously,” said bassist Bob Hardy. “When we sat down to write the record, we wanted to push that bounce to stress when we play live. We always had that bounce in our music, and absolutely having electronic sounds pushed more to the front. This album is maybe synth-heavier than previous albums, but we gave ourselves the time to play around with synths in the studio and we’re playing around with different instruments and different synthesizers.”

Corrie’s new band members are his seniors by nearly 20 years, but according to Hardy, they welcomed his fresh take. They found he meshed well with the other members of the band and could offer his electronic music background experience for their new album.

“It was something we just had to make the best out of and enjoy expanding the opportunity of having someone much younger in the band,” Hardy said. “It feels like the beginning of the band, or it feels sort of like a new band in many ways, which is nice, it gives a new energy.”

However, after two Brit Awards and several Grammy nominations, as well as 16 years of success, the benefits of their experience is not lost on Hardy.

“What we’re capable live and in the studio now is broader,” Hardy said. “It’s more enjoyable now, the more you’re capable and the more potential you have. As time goes on, I enjoy playing live shows more and more. At first, it’s overwhelming, but you get used to the touring life and you get focused on the energy of the show and putting a show together and playing.”

As Franz continues to experiment with new sounds, they make a point to include the bouncy, rock-pop dance music they set out to make in 2002, but are also excited to see the genre move with the times and the technology available to them. With Corrie’s participation, new tracks like those found on “Always Ascending,” which dropped earlier this year, bring more raw, disco or atmospheric sounds.

“That’s one of the exciting things about being a part of music, you don’t know what’s going to be happening in two or three or five years time,” Hardy said. “You just enjoy it in the moment. Often an album sounds like what we were enjoying on the previous tour and what we were enjoying musically at the time.”

Franz Ferdinand was also recently part of a project titled, “30 Days, 30 Songs,” self-described as “a playlist of songs written and recorded by musicians for a Trump-free America.” Franz’ contribution, “Demagogue,” slams Trump and all his antics. Hardy saw it as a way to release some of the anger and frustration at hearing Trump’s public sexist and xenophobic statements. However, when asked if the band might write similar music concerning the UK and Brexit, Hardy thought it unlikely.

However, Hardy and his bandmates have been putting that out of their mind as they enjoy touring once more. He finds that playing music here versus playing back home carries almost no difference, as everyone enjoys dancing to their poppy tunes.

“I think humans beings have the same reactions to music and they go to live shows for the same reasons,” Hardy said. “There’s always a celebratory joy for seeing live music.”

Catch Franz Ferdinand this Saturday, Aug. 11 at The National. Show starts at 8 PM. Tickets are $24.50 and you can snag yours here.