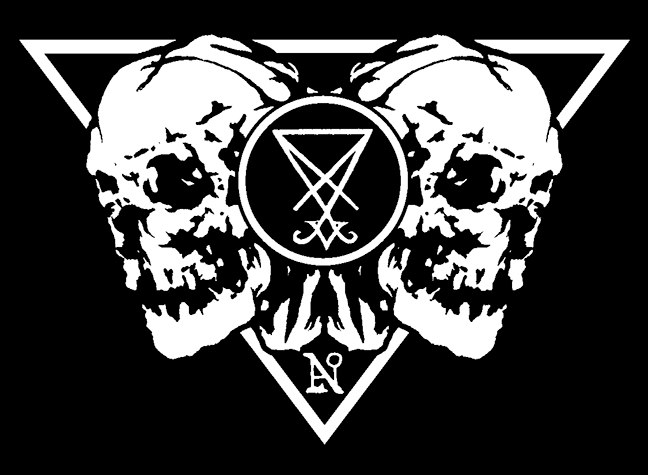 For more than 20 years, New Orleans based metal band Goatwhore has been ripping up stages and making heads turn with their AMAZING band name.

For more than 20 years, New Orleans based metal band Goatwhore has been ripping up stages and making heads turn with their AMAZING band name. And now they make their return to RVA for the 6th annual GWAR-B-Q, and you can expect high quality riffs and ear splitting screams to follow suit.

Louis Benjamin Falgoust II (Ben), has been belting out the tunes for Goatwhore since their early days in the late 90’s of in the NOLA metal scene. Over a phone call a few weeks back, Falgoust and I reminisced some over the old days of buying records with leftover school lunch money and hoping for the best.

“You used to have to risk when you went out and buy a record you didn’t know anything about, it was a 50/50 chance,” he said. “It was either really good or really bad… we used to save up a bunch of money and buy a record every week and we’d share them among friends. Sometimes we’d get something great and sometimes we’d get something not so great.”

Posted by GOATWHORE on Saturday, August 8, 2015

That doesn’t mean he’s against modern music distribution, in fact quite the opposite – he appreciates not only getting to listen to a record before he makes the buy, but also the accessibility the internet allows for.

As someone whose been involved in a scene as diverse as metal for so long, I couldn’t help but wonder if Falgoust saw some of the change himself. Goatwhore’s sound harkens back to the hay-days of metal, with speedy riffs, double-bass breaks, and face-melting solos.

They’ve got the classic visual element locked down too – clad in black leather-studded gauntlets, flanked by upside down crosses – they are about as fucking metal as you can imagine.

For a band who nails the mystique so well, both visually and sonically, Falgoust said there really isn’t a formula to what they do. Instead, he said their success came from their determination to stick to what they wanted to do.

“Everybody starts saying what needs to happen, but the bands need to say ‘look, this is who we are as a band, and this is how we do things,” he said talking about how other bands might consider future recordings or tours. “For us we stuck to our guns and did things.”

That stick-to-it attitude has kept their sound as powerful as ever. Their last record, 2014’s Constricting Rage of the Merciless, held high reviews with MetalInjunction saying it “storms out of the gate” and is “the new high water mark of the group’s work thus far.”

It’s hard to not hear classic metal throughout Goatwhore’s sound, but they’ve been doing it for a while, and Falgoust noted the metal scene is pretty cyclical when it comes to popular tastes.

“Every few years everything comes back around again the style is represented again and recreated,” he said. “But people start pulling up the older stuff… we’re happy with it. We’re not just writing it, yea know? We like these riffs, we wanna play these riffs. Anything after that kind of falls into place.”

Goatwhore was actually supposed to play last year’s GWAR-B-Q, but an incident with their touring van left them stranded in New Jersey (which is as bad as it sounds).

They left in the middle of the night from a show in NYC, but 30 mins into NJ their alternator went out. Falgoust said they got a jump, but ended up waiting in a Sear’s parking lot until it opened. By the time they left the garden state, it was too late to make the RVA show.

Though they’re taking steps to make sure it happens this time.

Falgoust said he and his bandmates have always been huge fans of GWAR, and he has memories of not only going on tour with them, but catching them when they came through NOLA when he was younger.

“They’re all amazing individuals,” he said. GWAR would come to NOLA way back when, still “wearing the chintzy little costumes” before they blew up from Scum Dogs of the Universe. He saw them in a tattoo convention in the French Quarter which was “fucking crazy,” and he saw them in small places you’d never imagine they’d play now. Don’t worry, they were still wearing the massive costumes no matter how small the venue.

But it wasn’t just about the stage show for Falgoust.

“People overlook the musicianship in GWAR because of the theatrical costumes,” he said. “They overlook how good those dudes are as musicians. I’ve always noticed how good they are, but people are always interested in the display, they might not notice what’s going on.”

Falgoust has also been in the scene long enough to know the impacts GWAR has made for bands like his – giving local acts around the country a chance to hit the road with them.

“GWAR, not only were they crazy as a band, but what they did for all these other bands just starting out, getting into the mix,” he said. “And they’d teach you things on tour, back when there weren’t cell phones having to use Rand McNally’s [maps] all the way to now.”

With about a year since their last release, Falgoust said Goatwhore should be heading into the studio soon, and they’ve even got some tracks about ready (which you could hear at GWAR-B-Q this weekend). So make sure you come on out and catch them when they’re in town.

They’re gonna be here two days early, are you?

Check out more details on this year’s GWAR-B-Q here.