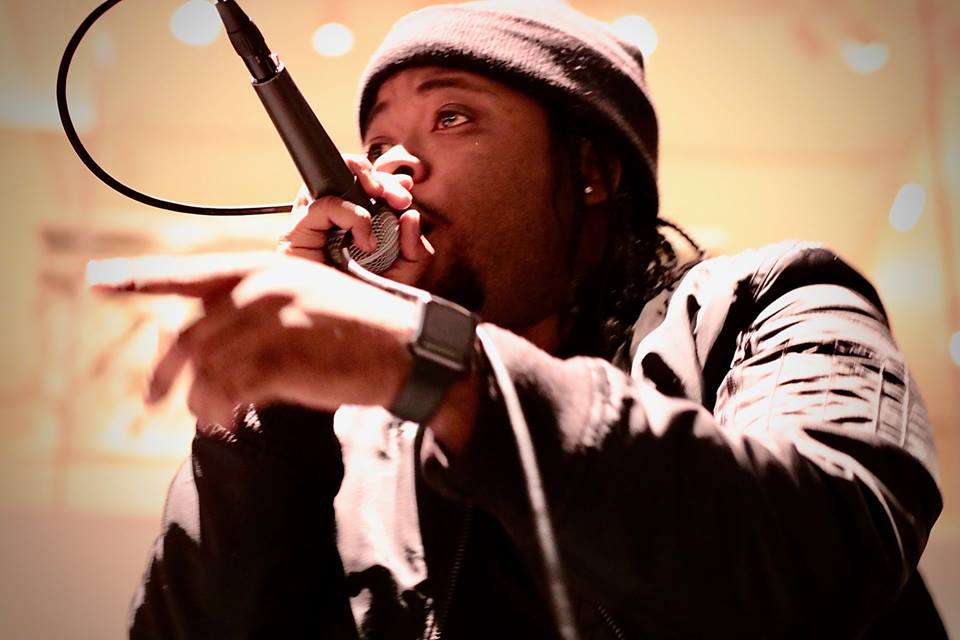 Richmond rap artist Michael Millions released his third studio album, “Hard to be King”, this January. His latest work, a follow up to his 2015 album “Beautiful”, reflects his hometown and draws on local talent and sounds, marrying the sounds of jazz and psychedelic rap to his classic style.

“One thing that most people need to know is, I designed this album for Richmond,” Millions said. “[T]he sounds we chose to use, the samples we used, and the instruments we chose to swap out. It’s really derived from the music that was created here.”

He credits the familiar sound with building instant local appeal. “I think people from here identify with it immediately. I don’t know if it’s just the sound or I’m telling stories, or maybe I’m speaking from the blue collar perspective of being hardworking and being from a city that [isn’t really],” he said.

Millions sampled from another Richmond-native, D’Angelo, and said he even got a note praising the album after its release.

“We actually used two samples on the album. The record called, ‘Black Sugar’ that features Nickelus F is a D’Angelo sample, and ‘Water’ is a D’angelo sample. And we also got clearance on using his vocals,” he said. “He reached out to me after the album came out, and pretty much said the album was really good and gave me a good blessing on the album.”

The sound and the creative process for “Hard to be King” represent an evolution from “Beautiful”, following Millions own transformation.

“When I started to want to be an emcee, I wanted to be an emcee. And as time progressed, I wanted to be a rapper. And now I’m more of an artist. There’s layers to this,” he said. “Then there’s another layer, where a songwriter, the rapper becomes a poet, and he’s more meticulous about the words he’s saying, the music has more intent. It’s more musical. It’s more about, we know you can rap, we know you can put words together, but can you make people feel when they’re done listening to your records. That’s another layer. That’s artistry, I think, and I think this album is me in 100% purest art form.”

In a city with a thriving battle rap scene, Millions is keenly interested in doing a live hip hop album, and structured many of his songs to work for live performance.

In addition to a live album, he’s also planning to create music for skating video, and hopes to work with some of the performers he admires the most.

“I’d rather just talk to Black Thought about music than to get music with him, but Nas I’d want [to do] the record,” he said. “Nas, I really respect him as a poet. There are not many rap poets, and I want to be listed as one of them.”

Millions has worked and travelled all over the country. Although he’s been elsewhere, something keeps bringing him back to the River City.

“I honestly like Richmond. We’ve been mad places, and maybe it’s because I’m from here. I lived in Norfolk for a period of time. There’s something about Richmond. Richmond is sweet,” he said.

Part of the appeal is his sense that Richmond is just about to make it on the national stage.

“I think it’s that thing of being in a place that hasn’t been discovered yet. Richmond is actually really cool, compared to a lot of cities in the country, but it’s just under the cusp of you either know about it or you don’t. People aren’t leaving because they know it’s cool here,” he said.
“Everyone’s doing something cool, especially when you’re in the creative space, you find out everything that’s going on.”

“Hard to be King” is a multi-layered album, with a complex progression of sounds, voices, and themes. Millions hoped that fans would take away one final message from the work.

“I think I want people to really listen to this album and understand that your life is okay. If the sun came up, if you walked to the bathroom this morning and didn’t have any aches and pains, you’re alright,” he said. “Smile more, and be blessed and be happy about the small moments we have.”

“Hard to be King” is available for purchase at Bandcamp and streaming on SoundCloud.