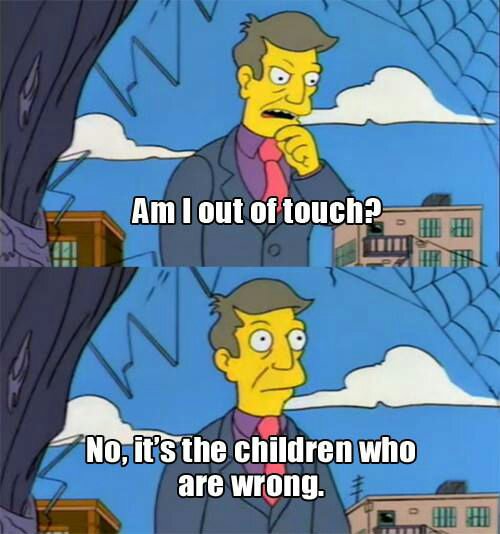 People still watch the Grammys, right? They call it “Music’s Greatest Night,” but I personally haven’t been too invested in the event for some time.

People still watch the Grammys, right? They call it “Music’s Greatest Night,” but I personally haven’t been too invested in the event for some time.

Either way, it was hard to be on the internet and not see some mention of the big show. Here’s some highlights we came across:

1. Pharrell’s hat. Yes, I’m sure we’ve stumbled across it since the hat went live last night.

It’s a pretty silly hat, and it was the butt of many jokes for the rest of the night.
Personally, this was my favorite:

Thanks @Pharrell for a memorable #GRAMMYs night. Only you can prevent wildfires. http://t.co/o0OQ2rH4FQ @smokey_hat pic.twitter.com/HWTqbnuEU6

As for performances, Kendrick Lamar and Imagine Dragons killed it. Here’s a low-res video of the performance, featuring women in $20,000 dresses dancing in the isles:

Nine Inch Nails and Queens of the Stone Age closed out the night. But it seems the credits ran over their performance. NIN frontman Trent Reznor was not too please with this scorn and he took to Twitter to share his outrage… like a 16-year-old girl:

Music's biggest night… to be disrespected. A heartfelt FUCK YOU guys.

Pharrell returned to the stage with Daft Punk and Stevie Wonder (and the hat) to play the hit single “Get Lucky:”

A very moist Beyonce, along with hubby Jay-Z, performed “Drunk in Love:”

Sir Paul McCartney and Ringo Starr reunited for a performance of “Queenie Eye” from McCartney’s 2013 album.

Macklemore, Ryan Lewis, Mary Lambert, and Madonna performed the radio hit “Same Love”. At the end of the performance, Queen Latifah and a flock of same-sex couples later joined the stage to get hitched. It was cute and GayRVA has details (including the folks who called the event an crime against god–because evidently the music business wasn’t about Satan until same-sex marriage got involved).

Alright–time to come clean. I didn’t watch the Grammys. I have about zero interest in most of the bands, and the ones I do care about, I can look up the next day… and then I can write this post.

Most of these acts are as culturally relevant as a beer-fart, and the Grammy’s themselves are a shill for big business. I’m not trying to be a mega-hispter here, I just don’t get off on major label circle jerks when there are quality acts getting shunned.

Alright, I’m gonna go back to making fun of Pharrell’s hat. Thanks for the read, folks.