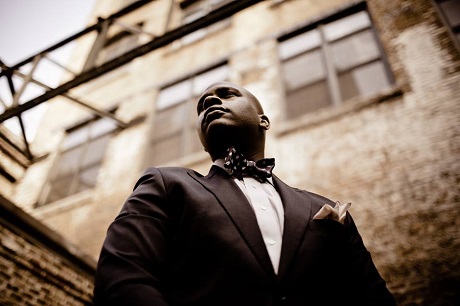 In case you have been sleeping on him the last few years, local hip hip artist Chance Fischer makes sure that you’re wide awake with his new track, “SOUFFLE.”

“SOUFFLE is kind of a two part track, I’d heard a few things whispered about me with some negative connotations I wasn’t particularly fond of,” he said. “In that regard, SOUFFLE is more of a statement track, a chest-beating track that isn’t particularly the most lyrically intricate but remains assertive and witty. It’s a ‘please don’t speak on my situation until you get your situation together’ kind of song.”

SOUFFLE’s beat is sick and Fischer has the rapid, clever lyrics to back it up. He released the record via the Cheats Movement blog on Oct. 6. His flow and lyrics show that this Richmond native has been steadily honing his craft and sweating it out in the studio polishing each song he puts out.

But the Cornell University graduate doesn’t just have a new single, he’s been a busy guy in the last year. He’s been working on his upcoming album Wreath, opened for a major artist, and just came back from a performance at a huge hip hop festival.

Last time we checked in with the hip hop musician in 2014, he was piecing together his nw album, Wreath. Fischer said he has written enough material for three albums and the bulk of of the album was recorded in the last six months.

“I was looking for particular vocal textures from singers, and I found them with Rob Milton, Nessie King, and Erikka J, and certain types of producers who made me bow when I heard their music,” he said. I could have dropped a project by now, but I just didn’t like any of the things enough.”

Fischer added he has a release date in mind, but he’s keeping that under his hat for now so you’ll just have to wait for more details on that from us!

Most of the songs including “SOUFFLE”, on Fischer’s Soundcloud are produced by Don Kevo, who the artist has been working with for the last year and a half. Kevo is producing Wreath, along with Denero & Matt Campfield, Alex Kresovich, and James Cannon.

If you go beyond the new track, Fischer has this conistent style of spitting with this rapid intensity and its very quitted. Kind of like a Kanye/Eminem mashup. But Fischer said he doesn’t stick to any one particular style.

“When I used to battle, there was this term called “multis” we used to say to refer to both the internal rhyme and cadence of your flow, he said. “I love flowing though, so I tailor my scheme to the beat and the “pockets” I feel fit best. I probably spend more time on hooks than verses. I walk around in circles saying a hook out loud until it feels like it was meant to be the way I said it. Verses usually just come.”

Fischer first came on the scene with his mixtape, HERE in 2010. Before that he was battling other guys in the basketball courts by Randolph Community Center at the tender age of 12.

“Man, that’s when Nickelus F was really serving dudes out here and I always wanted to battle Nick,” he said. “I don’t even think he knows that. Nick has a huge influence on my music, and that’s why I nodded to him on “SOUFFLE”.”

Despite getting into hip hop at a young age, Fischer said he grew up listening to a lot of gospel like Fred Hammond, The Winans, Paul Morton and Kirk Franklin. As he got older, he studied the flow of Jay-Z and Outkast.

After honing his skills with friends and small crews, Fischer has managed to work his way up in the local hip hop scene. In 2013, the rapper released an EP titled The Sneaker Bar Presents The Preview EP: So Soleful which was premiered at an event called “Peep My Feet,” at The Camel.

Last month, Fischer opened for Talib Kweli at a sold out show at The Broadberry, which Fischer said was a great experience.

People from the Richmond bar scene (a ton from my favorite local spot Saison), to real estate investors, to people like Reggie Pace from No BS Brass,” he said. “You step on stage, and you’re like,’holy shit please don’t forget anything you wrote. If you fuck this up they’re gonna throw craft beer on you and it’ll be on film.'”

Fischer said in the brief moments he got to chat with Kweli he gave him props on the way he promoted the show, and how it was huge reason for it selling out.

“I’m proud of that,” he said. “That’s a huge accomplishment for me.”

His words have reached beyond Richmond as well. He just got back from Atlanta where he performed at the A3C Hip Hop Festival which included big names like Rakim and Dead Prez.

Fischer said Octavion Xcellence and Cain McCoy of Slapdash gave him the opportunity to perform at the annual hip hop festival with some other RVA hip hop heads.

“We did a stage primarily featuring Richmond artists (Dr. Millionaire, Peter $un, and Ramsey to name a few),” Fischer said.

Stay tuned for details on upcoming shows and a post for when Wreath drops, because Chance Fischer is one you’re going to want to follow.