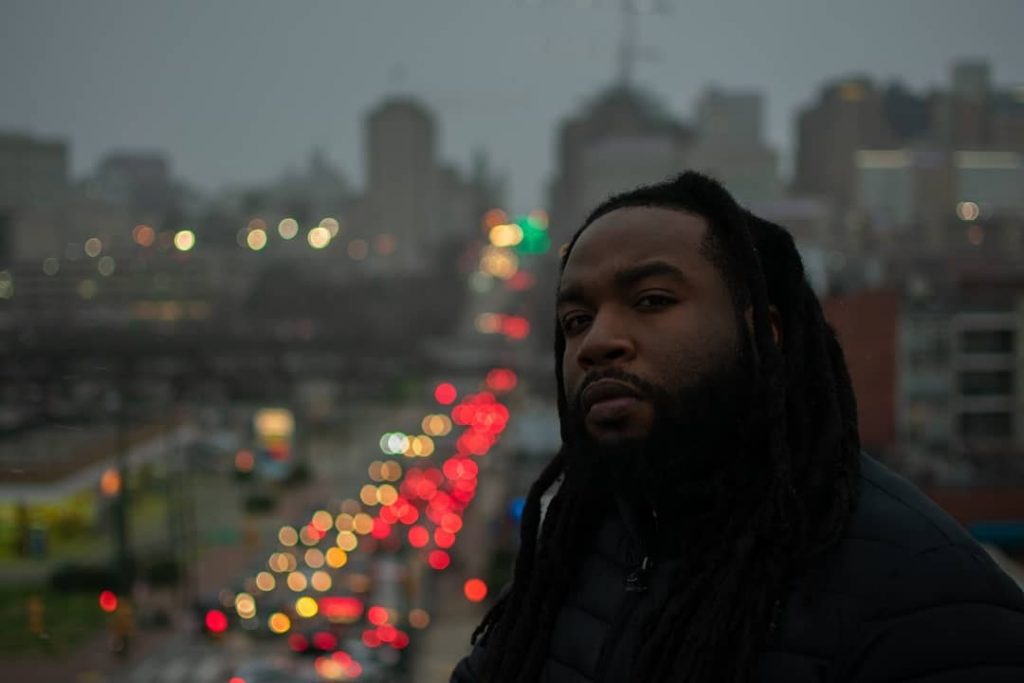 Reppa Ton’s new EP on Gritty City Records, A Flower In The Pot, shows the veteran RVA rapper weathering the storms of life and finding new ways to grow.

It’s been five years since we last caught up with RVA’s very own Reppa Ton, and a lot has changed since the last time we spoke with the Gritty City Records rapper. New singles, new videos, and even a new EP released on April 3rd, entitled A Flower In The Pot. Reppa Ton produced half of the album’s eight tracks himself; other producers include Determinate Inc. & Jazz Jhsn, D’Artizt, Bushi Vibes, and Ant The Symbol, with features from Skinny Hendrixx, Dirty Bleus, and Alisha Music.

Reppa Ton describes the inspiration behind the new album as a compilation of sporadic thoughts. Recording in the comfort of his home, he worked with whatever feelings that came to his head. He hadn’t necessarily planned for the songs to come together as one project, but after Gritty City reached out to see if he still wanted to release an album through the label, he pulled together a collection of recent recordings.

“It started off with five songs, but I could hear a story in it, a central theme,” said Reppa Ton. “I decided to add three more songs to fill the gap and paint this full picture.”

He recorded about half of the album while dealing with two bouts of sickness in the space of the month (luckily, this happened before the coronavirus epidemic). He didn’t let his sickness stop him from working, though.

“When I finally got to a normal healthy spot I finished the project and concluded the story,” he said. “The intro [‘The Seeds’] was literally the first song recorded, and the outro [‘New Flower’] was the last one recorded.”

Things might have taken longer to come together had Gritty City not approached him about an album. Reppa Ton has actually been working on a longer, more involved project entitled IAMHAPPY for years now, for which he’s sitting on something like 50 songs.

“When Gritty City Records approached me about the status of the album, I was nowhere near finished, but still wanted to release something,” he said, explaining the decision to release A Flower In The Pot now. “At the time, ‘The Seeds,’ ‘Blu The Samurai,’ ‘Honeymoon Phase,’ and ‘Magic Treehouse’ were already created for IAMHAPPY,” he explained. “I dabbled around with those four records for a while until I came up with the idea for releasing a small EP, which would turn out to be A Flower In The Pot.”

However, fans who’ve been waiting for IAMHAPPY will be glad to know that Reppa Ton still plans to release it in the future. “I’ve started new work on it,” he said. “AFIP is basically just a key in the ignition for the road ahead, being IAMHAPPY. It was necessary for AFTP to be preluded thematically.”

For Reppa Ton, the theme of the new EP leads directly into what he’s trying to say with IAMHAPPY. “The message [of A Flower In The Pot] was finding the growth in any situation of pain, celebration, disparity, small success,” he explained. “IAMHAPPY is the after-effects of being one with your past, your present and future. Finding true happiness doesn’t always contain a smile.”

The EP’s first single and video is “Magic Treehouse,” a song Reppa Ton came up with while trying some new things. At five and a half minutes, it’s significantly longer than any of the other Flower In The Pot tracks.

“I was bored in my apartment thinking about the next move in my career,” he said. “I found the beat on YouTube, recorded the record in 30 minutes, and released it the same week. I thought it would be a cool artistic stance to release a five-minute song in this microwave era of music.”

The video for “Magic Treehouse” was born from a similar spur-of-the-moment creative outburst, which came about with aid from Gritty City labelmates Johnny Ciggs, Fan Ran, Sneeze, and Miles. “The video with High Club Productions came about almost improvised,” said Reppa Ton. “We met at Maymont’s Japanese Garden and built it from our surroundings.”

Of course, with the current COVID-19 pandemic, artists are having to do a lot of rethinking about their approach to their work, and Reppa Ton is no exception. He’s had to come up with new ways to stay relevant and in the public eye.

“For the past five or six years I’ve been a touring act. Some of my greatest moments and accomplishments come from touring the US,” he said. “With this year being what I like to call my ‘return to the forefront’ year, I had tour dates planned, interviews planned, pop-up shops, and physical meetings planned out. But weeks before the album released, everything slowly started fading away. My clothing and physical CD orders came to a halt, just a complete shutdown.”

For Reppa Ton, the new Plan B involves new ways to brand and showcase his new release, and social media has been a big outlet for that. “Gaining knowledge on how to properly work social media and the internet has become essential for the eyes to not go away,” he said. “Blog posts, keeping the Instagram engagements going.” He’s been working with artists all over the world on remixes and covers of songs from the album. And depending on how long the quarantine lasts, he hopes to engage in themed live performances over live streaming platforms.

For now, A Flower In The Pot is available in CD and digital formats from Gritty City Records, and follow Reppa Ton on Instagram @reppa_ton for updates on his next moves.

Aviance Hawkes is a former Mass Communications student at VCU. Aviance is an eclectic, positive, colorful being that also works at the Institute of Contemporary Art at VCU, Urban Outfitters, and Ink Magazine. Along with that, she DJs, produces, and create in all aspects whether it’s clothes or crafting. I collect and love graffiti, art, and a variety miscellaneous things.