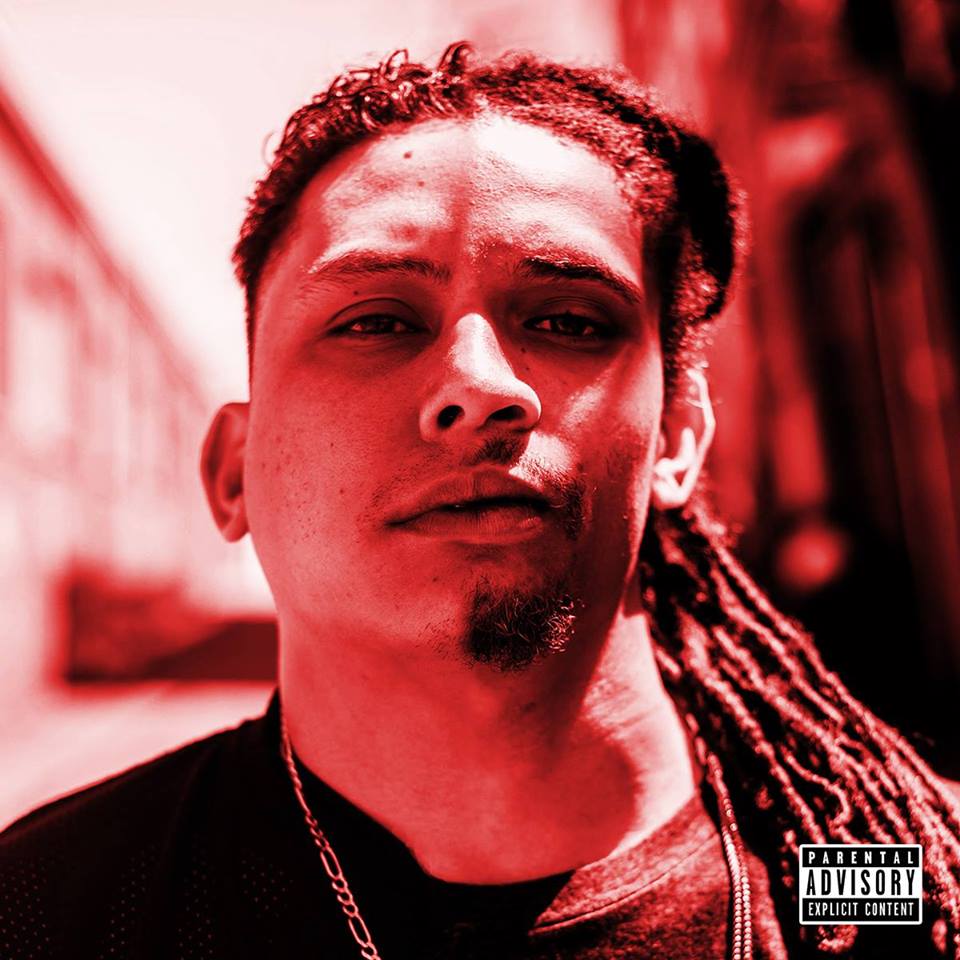 Lately, there’s been a surge of new and up and coming hip hop artists and rappers that seem to be pushing the boundaries on what most people think hip hop is or should be. The 2016 XXL Freshman Class comes to mind. You can never quite tell if the reception is negative, ironic, or that the music is on the whole generally well received. But by the looks of it, whatever your opinion is, they’re gaining more popularity and acclaim each day regardless of how mumble-y they may be.

This is something that Richmond rapper and entrepreneur, NOAH-O, has been mulling over lately and part of what drove his most recent project with local up and coming artist and producer Cadillac Cat, FACE/OFF. The six-track album dropped on April 24th, but was created in just one afternoon, over Jack Brown’s burgers and tequila.

NOAH-O has been deeply entwined with not only the Richmond music scene, but also the artistic and creative side of the community. He released a more formal album, The Rain, towards the end of 2016 – and just recently dropped a music video for “Raindrops” off the album.

He’s released four total albums in recent years, all through his own business, Charged Up Entertainment. And you might’ve even seen his video mini-series we released here through RVA Mag called The Evolution of Noah-O, that’s all about shedding light on Virginia’s – and Richmond’s – cultural and artistic scene.

Lately, he’s been wanting to switch things up. According to NOAH-O, rap music “has begun to splinter”, focusing less on regional styles and traditional hip hop that’s based in sampling, and more on focusing on the overall vibe of the sound and saying whatever comes to mind.

“Traditionally, hip-hop was defined by your area. The area where you were from would have a particular sound,” he said. “Now you have a whole generation of people that were kinda raised by the internet, so you can have a guy like Lil Uzi Vert, from Philadelphia, sounding like he’s from Atlanta. The landscape of hip hop has changed – it doesn’t matter where people are from, people will gravitate toward the style of hip hop that they like.”

When it came to creating this album, the duo said they wanted to do more of a “free project” and just get their music out there.

“I have certain albums I’ll take my time on, like months,” he said. “Lately, I’ve just been recording a lot of music, with technology and rap right now…Everything is being sped up, so everybody that’s further along, they’re putting out albums, like three or four a year almost. Or dropping mixtapes and dropping one real album.. Depending on the artist, it’s hard to get noticed with everything that’s been going on. I’ve just been taking a new approach to what I’m doing and trying to keep up with that, stay relevant.”

Part of that approach was getting to know Cadillac Cat. Cadillac Cat reached out to NOAH-O as a fan of his music, and the two kept in touch mainly online. But in the past few months, they’ve gotten to know each other better and started to work on music together, despite having different styles lyrically and production-wise.

But NOAH-O recalls being left behind by more popular rappers in the scene when he was growing up, and it wasn’t something he wanted for himself now, having had success with his music. Seemingly incompatible styles were pushed aside in order to help uplift others in the scene.

“A lot of the time, when I was growing up, a lot of artists wouldn’t do that for us, like guys I came up with in the hip hop scene,” he said. “There’s people above us that have made it to certain levels and didn’t give it to us back, or didn’t give us like advice. We had to figure out a lot of stuff on our own. I’m just trying to help him avoid some of the stuff I’ve had to go through.”

But Cadillac Cat has something to offer to NOAH-O, too. Cadillac Cat’s style is more in line with what’s popular in rap right now: a Southern-style but less sample-driven, with a lyrical style that’s more of a flow of consciousness.

Blending different styles was part of the idea behind FACE/OFF. Cadillac Cat and Noah-O strive to be as versatile as possible and mirror each other’s styles, taking on each other’s personalities in a “face off”. The two hoped to reach a more diverse audience by changing up their sounds.

The first track, “Loyalty”, is an example of how NOAH-O stepped outside of his comfort zone, with more singing with auto-tune than he’s ever been used to.

“I think that might surprise people the most, to hear me on {that} type of track,” said NOAH-O. Even more surprising, though, is that the track was produced by one of his friend’s little brother, a 14-year-old who already has an ear for music production.

The album cover, created by DJ Mentos who’s the creative director on NOAH-O’s projects, symbolizes this kind of relationship that he and Cadillac Cat have on the album, and believe it or not, was inspired by a Nicolas Cage movie.

“That was basically the premise of the whole project, us taking over each other’s personality. Like, let me take over his type of thing in order to think like him and reach this crowd,” said NOAH-O.

While they both obviously aren’t embroiled in criminal pursuits, the parallel is a natural fit, if not a funny story. John Travolta and Nicolas Cage – and Cadillac Cat and NOAH-O – arguably give us the best of both worlds.

FACE/OFF is just one of many plans that NOAH-O has in store. This kind of casual and more fast-tracked creative process is something that, according to him, he wants to keep doing by pushing his own boundaries and exercise his own versatility. He has plans for two or three more collaborative projects similar to FACE/OFF, slated to come out in the next couple of months.

NOAH-O will kick off his Trust The Vibes Tour Friday, May 12th at Strange Matter with performances by Cadillac Black, Deron, Michael Million and Chance Fischer. The tour will take them to Norfolk, DC, New York, Warrenton and Philly.

Words by Katherine Mendes. Noah-0 is a sales associate for RVA Magazine

Mix And Meet is an event created by recording artist Money Makin Campaign, his producer, The Few, and business partner Adolphus... READ MORE

New life is being breathed into Richmond's rap community with the introduction of the RVA Lyricist Lounge, hosted by Radio B.  The... READ MORE

The RVA Videos You Missed in 2017: HIP HOP/RAP/TRAP

For over a decade now, Richmond has had a varied hip hop scene supported by a small group of OGs that took it upon themselves to make a... READ MORE

Mix And Meet is an event created by recording artist Money Makin Campaign, his producer, The Few, and business partner Adolphus... READ MORE

New life is being breathed into Richmond's rap community with the introduction of the RVA Lyricist Lounge, hosted by Radio B.  The... READ MORE

The RVA Videos You Missed in 2017: HIP HOP/RAP/TRAP

For over a decade now, Richmond has had a varied hip hop scene supported by a small group of OGs that took it upon themselves to make a... READ MORE