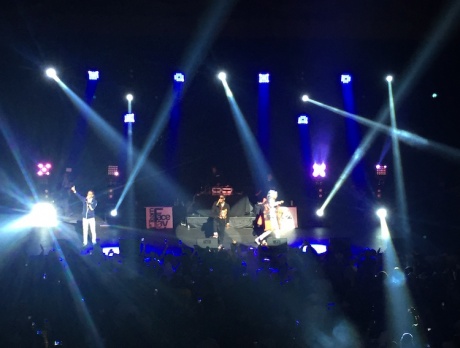 You’ve heard “Bad and Boujee,” the number one song in the country, but you truly haven’t heard it until you’ve heard it live.

Initially, I was skeptical about a major rap act in the Altria Theatre. I had seen Travis Scott perform there some months prior and the weight of his audience in the pit caused the floor to become unstable, putting the entire concert at a standstill. Still, I thought it would be interesting to see how the Atlanta-based Migos played out their huge trap sound in a venue that only holds around 3500 people.

The concert opened its doors at 8:30, with influxes of people wearing everything from Siberian hats (courtesy of the “T-Shirt” video influence to custom retro Air Jordans still flooding doors through 10pm.

The Altria’s attention to crowd control was unmatched with many concerts I’ve been to in Richmond, with ushers going above and beyond to show patrons to their seats.

What was lacking, however, was a better bar presence. The setup on the ground level was nothing more than DIY cocktail station devoid of liquor choice and affordable brews. More than once, I witnessed the bartenders service guests by pouring generous amounts of limited liquor in a plastic cup, only to run out of juice or a mixer.

Ultimately, the crowd was at the whim of the promoters, KoolParties and Facejay’s, choices for opening entertainment. The energy from iPower hosts Cam Cooper and Paris Nicole was strong, however many guests at the show were unable to identify the opening acts that featured two DJs and another emcee.

This didn’t stop everyone from dancing to club favorites from similar artists such as Future, Gucci Mane and even some Kodak Black, but it would have been nice to clearly hear who the other performers were. Closed-circuit television screens focused on the stage weren’t really helpful either, since they were consistently blurry (most likely from the bass shaking the Altria from every song). After about two hours of priming the crowd, DJ Durell and the Migos did saunter onstage and that moment was the turning point for the energy to go from ‘huge house party’ to ‘history in the making.’

Quavo, Takeoff and Offset ripped through banger after banger, starting with some more classic tracks like “Fight Night” and “Freak No More” from their album No Label 2 while Quavo effortlessly played his assumed role as front man in the rap trio. Every time, without fail, Quavo would ask his audience a question or give chances for the crowd to sing along and the balconies would buck and bounce under the weight of screaming dancing fans.

You could feel the music reverberate from the entry doors and sitting in the Grand Tier felt like more of a gamble than standing in the pit near the stage.

The show was high-energy from start to finish and better than a run-of-the mill rap performance. As a huge Hip Hop fan, I still find trouble staying engaged at rap shows because of the lack of interaction from artists or stage set-up: live bands offer way more stage presence just due to utilized space, especially compared to one emcee and a DJ.

That’s why you see rappers of recent travel with gaudy festival-like stage setups that include screens or psychedelic visuals behind them to amplify the experience. Migos had no such thing and held their own between the three of them; interchangeably delivering their verses and playing hypemen. The night culminated in the celebration of the artists’ most recent platinum album, Culture.

The city of Richmond rapped mega rap tracks like “Bad and Boujee” and “Slippery” right back to the Migos, bar for bar and any show where the entire audience knows every word, is a solid show indeed. 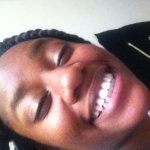