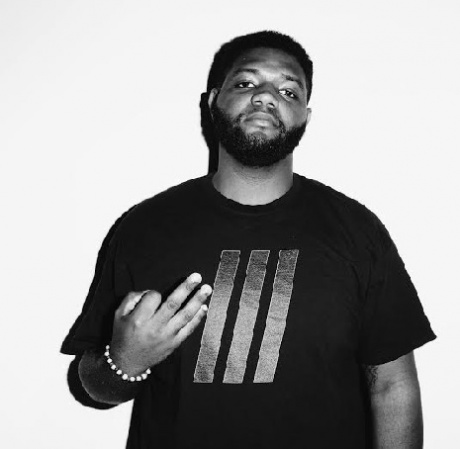 Richmond based rapper Isaiah Jeremiah has released a new track, “West End Chronicle,” off his upcoming mixtape, The Divine Search.

Richmond based rapper Isaiah Jeremiah has released a new track, “West End Chronicle,” off his upcoming mixtape, The Divine Search.

“West End Chronicle” is an homage to Richmond’s West End where Jeremiah grew up.

“The song is based off of the 90s G-Funk Era of west coast Hip Hop,” said Jeremiah. “I found it ironic that I created an EP about my life in Richmond and growing up in the West End and I created this song with a west coast vibe to it.”

The track samples the 1997 hit Mariah Carey song, “Honey,” giving it at a groovy sound. A sound that is unique to the G-Funk Era, or gangsta rap, a sub-genre of hip hop that was popularized by West Coast rappers Dr. Dre, Too Short, and Snoop Dogg in the 90s.

“I heard Honey at a bar during Karaoke night,” he said. “The next day I downloaded the sound and sent it to my producer Shiv and within 10 hours he had the beat completed. A day later we recorded the song within the first two takes.”

Isaiah, who was born in Brooklyn, NY, and currently an Old Dominion University student, considers Richmond his home.

“My family constantly travelled back and forth from New York and Virginia, until we finally settled in Virginia,” he said. “I started appreciating Virginia a lot more especially the older I got. At the end of the day, I’m from New York, but New York didn’t make me a man. The city that raised me, the city where I grow up, the city where my friends are, are in Richmond.”

RVA Mag first introduced you to Jeremiah back in December 2015, when he released “Broad Street Bounce,” also an homage to Richmond.

“Growing up, I began to notice the difference within certain parts of the West End as well as other parts of Richmond, that weren’t as well off,” he said. “I grew up in a working class area, but the further you go into the West End the more well off people were. It’s eye opening to see how the city change travelling a few blocks away. Living in Richmond taught me to never take anything for granted, because the next person may not be doing as well as you.”.

“West End Chronicle” will be featured on the young hip hop artist’s upcoming mixtape, The Divine Search, a five track EP that will be released on Oct. 27.

“I want this to be an introduction to me as an artist,” Jeremiah said of the mixtape. “I’ve solidified my name in the Richmond area. I met many different people in the music scene in Richmond that reach out to me with opportunities for shows and collaborations. This EP also shows my growth as an artist.”

Keep an eye out on RVA Mag for more details once his EP drops.

Amy David was the Web Editor for RVAMag.com from May 2015 until September 2018. She covered craft beer, food, music, art and more. She's been a journalist since 2010 and attended Radford University. She enjoys dogs, beer, tacos, and Bob's Burgers references.
Topics: Isaiah Jeremiah, RVA hip hop