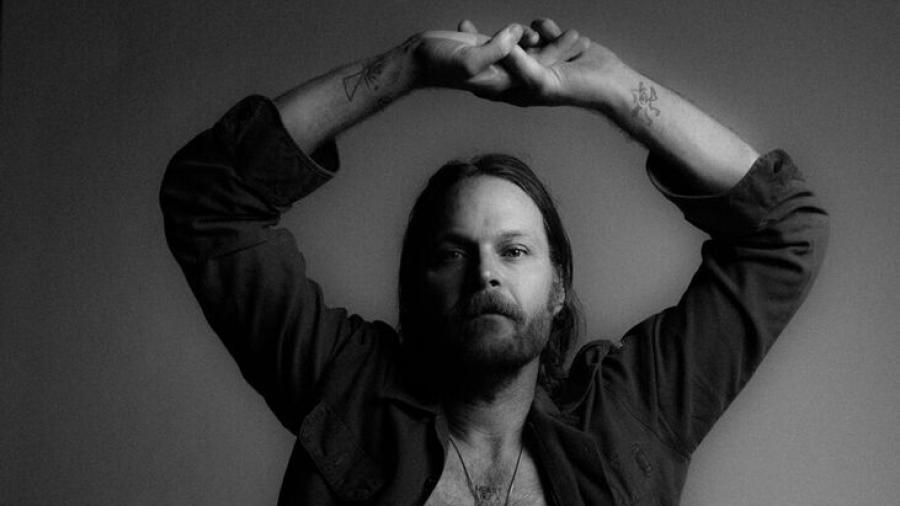 Hiss Golden Messenger’s music may be hard to explain in a single sentence, but as bandleader MC Taylor tells us, that’s entirely intentional.

Assigning a genre to Hiss Golden Messenger is a difficult thing to do. Elements of folk, gospel, rock, roots, Americana, and country are all embedded somewhere in the makings of the Durham, NC-based outfit. It’s the confluence of founder, singer and songwriter M.C. Taylor’s introspective musings and the soundscape his chosen collective of musicians create that makes their sound so singular. For his 2019 effort, Terms of Surrender, Taylor enlisted Jenny Lewis (Rilo Kiley) and The National’s Aaron Dressner to take part in writing the latest chapter in the metamorphic songbook of Hiss Golden Messenger.

We caught up with M.C. Taylor to talk about the new record, life in the south, and the evolution of the band.

RVA Mag: Hiss Golden Messenger is a collective of musicians and artists you surround yourself with in the studio and on tour to give your reflections and observations a certain texture. The sound can be called Americana, southern folk, etc. I have a hard time defining it. What’s the process of finding collaborators to create the sound you’re looking to capture? What would you call it (if you had to)?

M.C. Taylor: I have a hard time explaining what Hiss Golden Messenger sounds like (in a single sentence) too. That’s intentional. I want to be part of the creation of things that are hard to explain. All of my favorite art has many layers and isn’t meant to be understood on first listen or viewing. I’m trying to create something that keeps listeners coming back to develop their understanding of their relationship with the music. As far as collaborators, I’m looking for kind people that have confident and recognizable voices on their respective instruments. I don’t necessarily need technical virtuosos, but I want players whose personalities you hear when they play.

RVA: 2019’s Terms of Surrender, like most of your records, has an inward journeyman’s feel to it. How much of your songwriting comes from inside and how much from what you see happening around you? I know having children has changed your perspective. What about the current political climate?

Taylor: It comes from all over the place. Inside, outside, all around. As someone wise once said, the personal is political.

RVA: What has relocating to the southeast done for you creatively and spiritually? How did the move in 2007 come to fruition, and what has kept you in North Carolina?

Taylor: In 2007, my wife and I felt that a change in our lives was needed. This was before we had kids. We packed everything we owned into the back of our station wagon and drove across the country. We didn’t know anybody in North Carolina. But, having been here on tour several times, I felt that it could be a good location in the South to attempt to begin an understanding about this region in a real and engaged way. The most important things in my life — music, art, food, literature — have their roots in the South, and I wanted to know why. The only way to know was by living here.

RVA: ABC News said Terms of Surrender is “as good as anything the band has ever done … easily one of the best Americana albums of 2019.” Recently, HGM was on CBS Saturday Morning. Is there anything different about this record that’s attracting a wider audience?

Taylor: I’ve just kept my nose to the grindstone. What I feel is incremental upwards movement. Perhaps listeners hear some new sounds on Terms, but I see it as a continuing evolution.

RVA: Songwriter John Hiatt’s daughter Lilly is opening for HGM at the Broadberry. How did that come about?

Taylor: Lilly is a friend, and someone whose music I like very much. I think that she’s a great songwriter.

RVA: What current or up and coming artists do you have your ears and eyes on?

Taylor: I have to say that I spend more time with older music. It’s not that I’m not interested in new music — I very much am — but there’s still so much to learn from older stuff. Lester Young, Alice Coltrane, Roots Radics — these are all artists I’ve spent a lot of time with lately.

Hiss Golden Messenger comes to The Broadberry with special guest Lilly Hiatt on Thursday, Jan. 16. Tickets are $21-26 in advance, and can be purchased here.

A native of Raleigh, NC, Dan Reeves is a contributing writer for The North State Journal and Richmond Magazine, where he covers arts and culture. He also served as music editor at Raleigh Metro Magazine. Dan lives in Richmond with his wife Kelly, and their twins, James and Anna.

Not In My Backyard: Weekend Playlist by 3:33

Not In My Backyard: Weekend Playlist by 3:33