Identifying The Parallels: The Mysterious World Of Ahnnu - RVA Mag 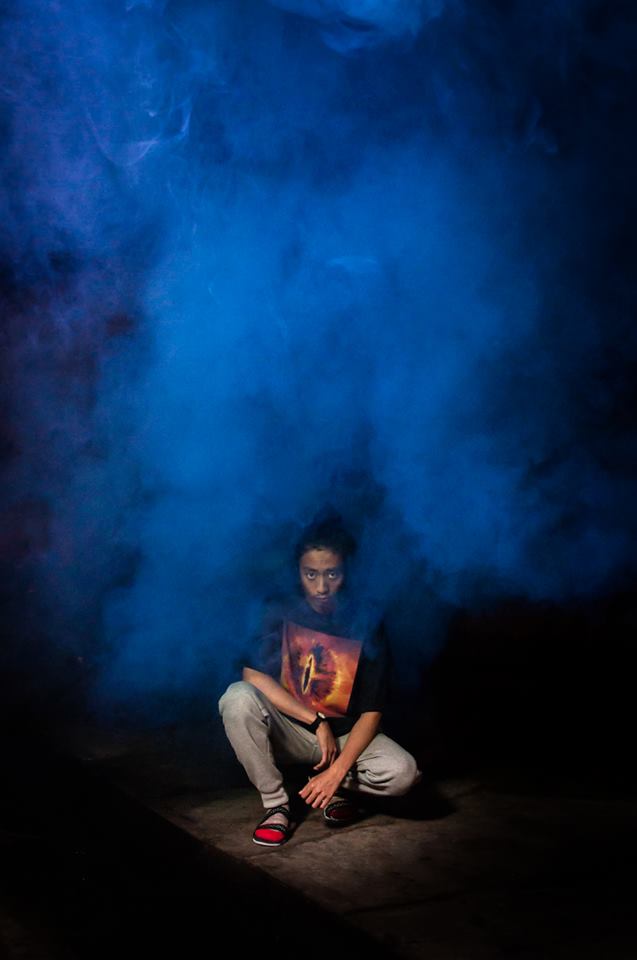 Music at its heart is elusive. Whether in the empty space between drum beats or the wavering timbre of a dying note, music is often fundamentally tied to what it is not. The music made by Leland Jackson, better known to fans of underground electronic music as Ahnnu, exists and thrives in those undefined spaces.

Music at its heart is elusive. Whether in the empty space between drum beats or the wavering timbre of a dying note, music is often fundamentally tied to what it is not. The music made by Leland Jackson, better known to fans of underground electronic music as Ahnnu, exists and thrives in those undefined spaces. He doesn’t so much make beats as make inversions of the contemporary western beat as we know it, trading out drums for textural samples and any semblance of melody for a kaleidoscopic landscape of evolving sounds. The end result is a startlingly transcendental, even spiritual, musical experience that feels equally indebted to J-Dilla as it does to John Cage.

Now based in Los Angeles, Ahnnu’s musical roots lie in Virginia, and in particular Richmond’s underground music scene. As a part of the experimental beat collective Chocolate Milk, Jackson forged his abstract style among the eclectic Richmond DIY scene, cutting his teeth doing sets between punk bands and DJs, at house shows and in crowded basements across the city. With each release and record, Jackson’s style took a step farther into the avant garde and away from the hip hop roots his music grew out of, touching on tribal music, footwork, musique concrete, and acid jazz along the way.

In 2013 Jackson dropped two monumental releases, his much acclaimed World Music on Leaving Records, and the equally astounding Battered Sphinx on Vermont’s NNA Tapes. I got in touch with the artist to talk about his process, his music, and the source of his highly elusive and unique sound.

You have strong background as a visual artist and your music has been becoming increasingly textural in a sense where rather than relying on traditional rhythms, discernible melodies or structures, you use a lot of found sounds and to create your rhythms that often have strong real world and visual associations with them that most people have experienced. Has that been a goal of yours to create something that has a visual and physical dimension to the way the listener experiences the music?

I still feel that my visual and sound sensibilities work independently from each other but I think as I become more comfortable in both of these areas, they naturally begin to blend in some aspects. Any similarities between these two are purely accidental in a lot of ways. It’s hard for me to truthfully take credit for creative decisions that I make unconsciously. I’ve always believed the audience can identify the parallels a lot better than I can.

Speaking of creative decisions, starting around when you dropped Couch, your music really seemed to take a turn for the abstract, using much more organic sounds and moving away from the contemporary pack of beat-making artists that you had been coming up with. I was wondering if that was also a more unconscious shift for you, and what has been attracting you to and inspiring you to make the type of music that has made up most of your output as Ahnnu over the last few years.

Couch was made during a very personal and transitional time for me, and in fact I was spending most of my time couch surfing from place to place at that time. I think in a way the transience in my location and environment helped mold my creative process on a large scale. Mostly credited to my friends and peers who were around me at that time, I was exposed to many genres and styles in creativity and it certainly made an impact on how I viewed my own work. That was a special thing about Richmond at the time–that although many of us were making different things, young people were making what they wanted to hear, which in the end made good homegrown music. So above all it was focusing on the honesty of the music, which, no matter what genre you fell in, honest music was always appreciated and supported.

The beat music scene you’re associated with is a fairly young one in terms of American cultural and musical phenomena, and even as it’s grown, there are really only a few isolated pockets across the country where there is a strong appreciation of the sound. How has moving to LA, where there seems to be the strongest growing base for that type of music, affected you as an artist, vs. living somewhere like Richmond, where you were literally one of about four people doing anything comparable to what you were creating?

This is a huge question, man [laughs]. I’ll try to answer as best I can. From what I can tell, there are a lot of differences between Richmond and LA. For one, the geographical size difference calls for different social appetites. I think it may be safe to say that experimentation within an artistic community is a healthy practice. And naturally, a population’s concentration determines the degree in which experimentation can be accepted. When I lived in Richmond, isolation was for the most part a creative advantage, and therefore experimentation and individualism was not only a way of life, but it was encouraged and respected. In LA, there is a huge amount of upcoming and diverse talent, but like any big city, artists face social challenges heavily influenced by the media, business relationships and the overall reputation. This isn’t necessarily a bad thing, especially if you want to build a career. It’s actually a great opportunity. I’m sure people look at New York in the same way. I mean, cities like New York and LA are beacons for the entrepreneurial underdog. It’s a large part of why I came here. Yet it’s simply a different game with different rules. At the end of the day, I try to stay in my lane and respect those before me who built the paths and platforms for me to even have a position on.

As your music has evolved and your work as Ahnnu has become less and less hip hop oriented or centered around traditional drums, you’ve begun releasing a number of tracks under the moniker Cakedog, which have more of a footwork and contemporary hip hop feel, and where you do a lot of remixes and things that are more structurally traditional or at least less unusual. Did you feel like it was necessary to separate those two aspects of the music you make for the listeners of your music, as sort of a curatorial decision for the experience of the two bodies of work?

In a way it was. Cakedog was more a low key project in the beginning. I didn’t necessarily want it to be a project associated with Ahnnu. Like a lot of artists, I have the urge to do multiple things at once, and I’m a huge fan of what Teklife and a lot of Chicago juke producers/DJs are bringing to the table. Heads know who the originators and veterans are. I’m simply exploring this new project humbly, and out of respect for the heads who’ve put in the work way before me. Nowadays the hype can damage a new idea, but I want to be part of the preservation of good music. This is a reason why I feel Cakedog is still in it’s puppy stages. It’s my responsibility to focus my creative efforts on expanding the likeness, and through time to diverge from mimicry. It’s no doubt that naturally both projects will merge in some way, but it will take time, and I hope people can be patient.

A lot of the beat scene is really prolific in their amount of releases, and I include you among that category. It seems like it’s common to have three or four releases a year, as compared to a rock band that might have one in the same amount of time. For you, is that just the nature of working as a solo artist, that you can get more done in less time? How far ahead do you plan out nearly simultaneously released projects like World Music and Battered Sphinx as two separate entities while making the material?

Most definitely. Working as a solo artist helps streamline the ideas without much critique, as opposed to working within a group. Actually, in a lot of ways working with labels is similar to working with a group. The time difference between Battered Sphinx and World Music was pure coincidence that they were released close to each other. It all really depends on how busy the label and artist are. Meanwhile, independently they can both be doing different things at the same time. For example, Couch was completed a year before it was actually released, and Battered Sphinx was completed months before release. There are a lot more time variables when it comes to working with label releases. It is quite different from simply uploading it by yourself to a site, because production itself takes about a month, to prepare artwork and design for the physical product as well as considering turnaround time.

What can listeners expect from you in the future as far as new material? Any other projects you have in the works? Do you plan on working with Leaving Records or NNA Tapes more for upcoming releases?

I plan on continuing releasing work under NNA and Leaving, as well as venturing off into new prospective labels and self releases. I’m very grateful that Battered Sphinx and World Music were so well received. It let me know that the people were ready to listen to something new and let the labels know that people want more material. We’ll see where this new year takes me.