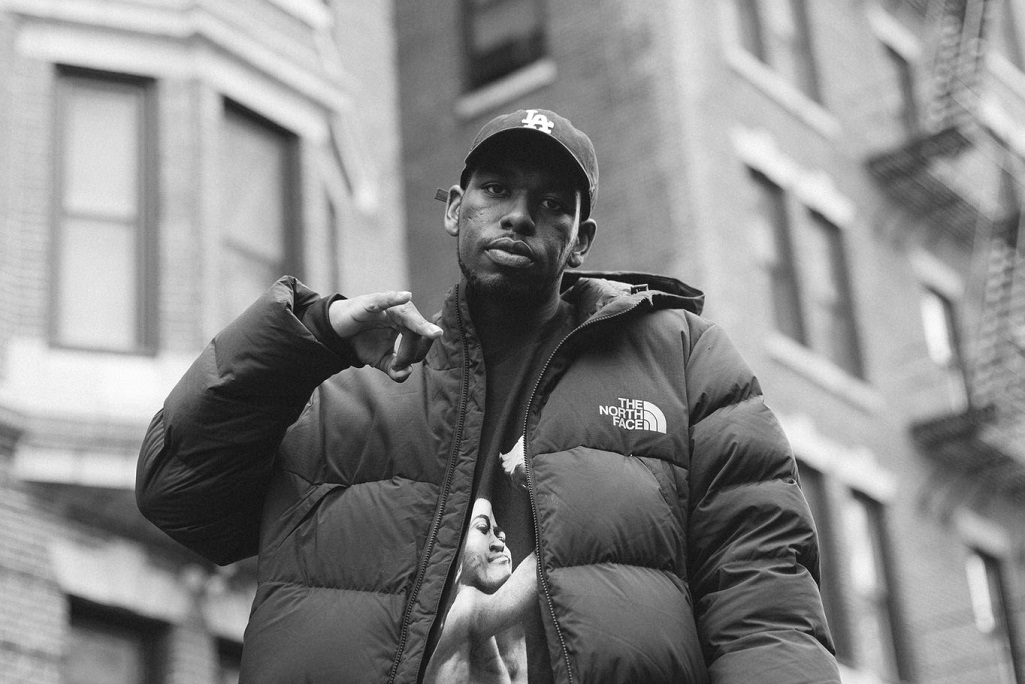 JR Da Rapper completed his first album, “Highway to Hell,” just as the pandemic hit. A portrait of Richmond at its darkest hour, the album tackles subjects that are eerily appropriate today. Here’s how he made it, and what inspired him to do so in the first place.

In an interview with RVA Mag’s Hip Hop Henry earlier this year, JR Da Rapper said that he wanted his first album to tell a story. Well, Highway to Hell definitely has an arc, at least in tempo.

The first track on JR Da Rapper’s debut sets the scene: after a deafening 20th Century Fox intro, the curtains pull back and we find ourselves on a busy highway. Sirens overlap the sound of crashing cars, screeching to a halt. JR starts singing, as if he just got out of one the cars and can barely speak, “Hands up don’t shoot, shoot, mama I made the news.”

Watery and strong at the same time, JR’s voice weaves in and out of familiar scenes: an arrest, a party, a reflective moment on the couch. OK, I made up the couch part, but “Way2” has a luxurious, sedentary energy that’s very couch-like. The album ends with “Home,” which is about trying to make it home safe and feels, appropriately, like a lullaby.

To make the eight-track album, JR collaborated with iconic Richmond-based producer NameBrand, along with members of the Poverty Crew, composed of JR, his cousin Vonton Soup, and Esco, who works behind the scenes. Other featured artists on the album include Richmond hip hop leading lights Michael Millions, Young Flexico, and Nickelus F. The album took two months to make, and the last track was recorded just as the pandemic hit.

Highway To Hell explores subjects like police brutality, homicide and the ups and downs of living in this taxing environment. The songs — which vary in style, sometimes including spaceship sounds or a distant gramophone — stay true to the theme. The result is an electrifying, cathartic 26-minute experience.

“I didn’t really know what an album was until I went to work on Highway to Hell,” JR said. “When you have a full range of production and studio time and everything like that.”

Before the album, he was pushing his homemade mixtape, 96 Degrees, in venues across Richmond. He’d put 96 Degrees together using beats he sourced entirely from YouTube, and had no intention of surpassing mixtape territory anytime soon. That is, until he met NameBrand, who agreed to work with the Poverty Crew after seeing JR perform at an RVA Lyricists Lounge event last January.

Musically, the two get along. “I have a real specific love for west coast music. That’s probably why I stand out in this city, too,” said JR. “And it just happened that Brand shared that same love, so it’s like the connection was easier.”

When asked to describe what it is about west coast music that influences him, JR said, “It’s so chill, it’s so sunny. It’s like a different flavor. There’s more bounce to it. There’s more calm.” This calmness can be felt in the song “Sometimes,” a slower, melodic track that JR claims is his favorite.

“That’s a record that I didn’t even know I could make,” he said. It turns out that adding a fresh female vocal hook was the magic touch. “The song was good, but after she got on it I was like, dang! It just brings the song to another level.”

The Poverty Crew welcomes collaboration. On Highway to Hell, JR writes the lyrics and sings while NameBrand does the sound. “He basically got full control of the beat,” he said. “With the ‘snitches get stitches, real niggas get paid’ [chorus on “Sunday”], I came to him with that hook. I basically kept saying it over and over again and he built the beat just around that hook.”

For JR, inspiration comes from a combination of everyday life and historical context. “What really encouraged me to make the album is a book called The New Jim Crow: Mass Incarceration in the Age of Colorblindness,” he said. “Of course I already knew about police brutality, I had been through police brutality in my life, being a young Black male. But the book just highlighted a lot of facts and laws that I didn’t know that really opened my eyes. Like dang, I didn’t know it was set up like this.”

The book, written by Michelle Alexander, explores how racism ingrained in the 1970s-era War on Drugs still exists today and contributes to the mass incarceration of people of color. JR’s lyrics depict the day-to-day experience of victims of this system.

“People of my color have been put in a place where we have to do a lot of bad things to get to the right place,” JR said. “That’s why I said it’s like we’re on a highway to hell. It’s the direction that they put us in. This is how we gotta go forward.”

The album art, created by The Visual Plug, features a pig in a cop car, shaking its fist and tailing the Poverty Crew on I-95. They’re heading towards a fiery, hellish-looking Richmond skyline. By the looks of it, there’s no way out.

To celebrate Highway to Hell’s completion, JR plans on getting t-shirts made featuring a similar theme. The profits will go towards the Poverty Movement, a project of JR and the Poverty Crew that uses creative mediums to further Black radical liberation.

In past Poverty Movement projects, JR and his colleagues have worked with counselors for young men’s support groups and taught local kids about music. “I would definitely love to do more with the youth, and not only rapping,” he said. “Producing, or learning how to mix, learning how to read music…”

It’s unusual for a record label to do this kind of outreach, right? Maybe, but for JR, it’s the logical conclusion to how his life has proceeded so far. Before his rap career, he said, “I was just coasting through life until I really found my passion, until I really found out what I wanted to do.”

JR started rapping back in elementary school, but never pursued it until much later, when he reunited with Vonton Soup and got the chance to test out Von’s at-home studio.

As Esco explained in the interview with Hip Hop Henry, any studio is a hot commodity for aspiring rappers. “Everybody wanted to come in and rap — half of the hood would come,” he said. “People would come from Fulton to Northside just to rap.”

Perhaps JR and his colleagues are so invested in their community because they understand the importance of self-expression, and recognize a need for it in their community. After all, JR’s intentions have never been capitalistic. “A lot of people will give you bullshit excuses that they rap for the fans, the money, all that,” he told Hip Hop Henry. “When I first started rapping, it was a way for me to vent; to talk about shit I can’t talk about.”

JR, who grew up in Richmond, has seen some tough times, but he is reluctant to complain. “I grew up with a single mother. I ain’t had no dad in my life, but I didn’t struggle too hard,” he said. “My momma made sure I was safe as well as she could, so I would never say that I grew up too hard, because I wouldn’t ever wanna put nothin’ on my mom, you know what I’m saying? She did the best she could do. I know people who had it way worse.”

As for the recent protests surrounding the Black Lives Matter movement, JR is in full support. “I watch from afar, you know what I’m saying? But I definitely feel people’s pain,” he said. “However you feel you can make a difference or however you feel you can get that pain out, I agree with it a hundred percent. That’s why I rap. That’s my way of letting my pain out.”