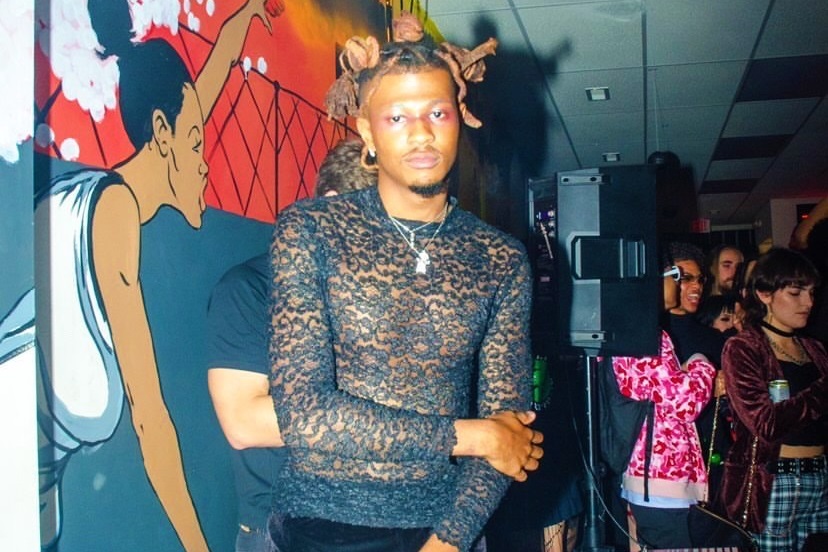 No matter how long you’ve been part of a local scene, it’s always possible that there are entire movements happening outside your notice. This is something most recently brought home to me when I heard from a rapper named Milesisbae, who splits his time between Richmond and Atlanta, and threw an event called “RVA Goth Prom” down in the arts district a week before Halloween.

Now, I’m not gonna be more specific about where this happened; for one thing, it’s over so unless you have a time machine, you can’t go anyway. And for another, between the “smoking permitted” graphic on the flyer and the fact that I’m pretty sure this whole thing happened at a place that isn’t set up for public events, I think the whole thing took place in what we’ll call a legally gray area. I’m not gonna be the one to blow up anybody’s spot.

But still, some attention should be paid to all this, mainly because the kids involved all seemed to be having a really good time, based on the photos we’ve been sent of the event. According to Milesisbae, “This hip hop/punk rock fusion event was the first time that Richmond’s peak underground scene and VCU’s music scene were hand in hand having an event that brought out the entire city, [as well as] those From NoVA, Maryland, and DC.” That’s a bold statement, but if 175 people really did cram into a storefront on one of the city’s noted downtown avenues for this event, I’d say it’s got solid backing.

Openers included Richmond’s own Monea, a cool R&B-singing newcomer with some fine atmospheric neo-soul beats; CAS, a vaporous-sounding local rap balladeer; and Richmond/NoVA noise-rockers Terminal User Guide (who’ve achieved new heights in difficult-to-Google band names), who apparently got a full-on mosh pit going. But it was Milesisbae who got the biggest crowd reaction, living up to the whole “Goth Prom” billing with heavy eye makeup and lots of black lace. His melodic yet skillful flow on catchy tracks like “Iphone X” got the crowd moving, and mid-performance group selfies were definitely the move, as everyone waved their iPhones in the air (even if they actually had Androids).

Once again, it just goes to show: there’s always something new to discover in the multifarious musical cornucopia that is Richmond. Keep it popping, y’all.