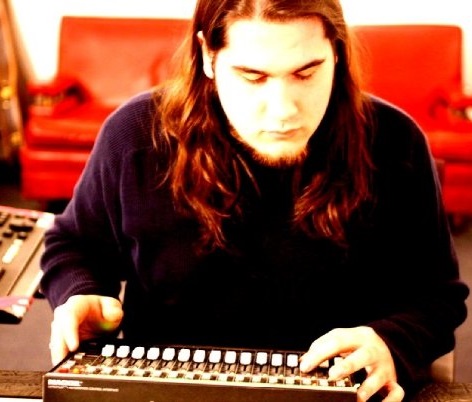 Bryan Walthall first got involved in the Richmond music scene as a member of the local folk band Special Ed and the Short Bus.

Bryan Walthall first got involved in the Richmond music scene as a member of the local folk band Special Ed and the Short Bus.

At the time, Walthall was more into rock bands like Nirvana and Jimi Hendrix. But his roommates and friends liked to play bluegrass, so he joined in on upright bass and the four-string banjo.

“We tried to be real out…We played the hot picking, straight ahead, smoking bluegrass, and we murdered it, but we were also on this outside trip,” Walthall said, hanging out in his tricked out home recording studio and mixing room, on the 2900 block of Monument.

“We would play these hot tunes, but then play angular, crazy out there jazz bow solos in between verses… I loved those days. My youth.”

He smiles wistfully, but doesn’t revel in the past long because he has two new projects that he’s working on.

He recently started his own music production company, called Stereo Image, for bands looking to save some cash without giving up sound quality.

Besides engineering, mixing, and co-producing Special Ed’s first two albums, Walthall said he’s also made a ton of bluegrass records with bands like Jackass Flats and the Hackensaw Boys.

In turn, these helped him get his start recording other bands. He has recorded everything from punk to hip-hop to metal to dub reggae to regular old rock and roll. Since 2007, he has produced music at Sound of Music Recording Studio.

He’s been credited for work on big name projects like Lamb of God, Cracker, and D’Angelo. He’s also been the head producer on albums for local bands like the Southern Belles, Black Girls, Unholy Thoughts, and The Catalyst, the last two of which he says are his “pride and joys.”

In an effort to show bands what his work sounds like, he also records and mixes live performances at Gallery5 and has made these available via his and the gallery’s websites.

As part of the ongoing project, and his duties as “audio one” for Live at Gallery5 shows, Walthall helped the gallery build up its sound quality into a “legitimate live space.”

“I installed a cool sound system and then installed a digital console that dumps multi tracks of the recording while I’m doing it,” he said. “I’ve recorded 60 or so sets…worth of music.”

Highlights from the mix include the Jesus Lizard inspired Prayer Group song entitled “Dirty Blanket” from back in July and the boy-girl harmony vocals and chill guitar/xylophone of the Clair Morgan (I keep thinking of Los Campesinos listening to it, but what do I know?) song “Shut Your Mountain Down” from September.

Walthall implied that the nine-song compilation he dropped Monday was just a sampling of the songs he hopes to make available, depending on if he can get the o.k. from the bands.

“I’m trying to record at least three to five shows each month,” he said. “So, hopefully that means getting three to five songs a month up for the Live From Gallery Five playlist.”

“In the next six months or so, we hope to start doing something like Austin City Limits. “Our shit’s gonna be more multi-camera documentation, synched to the music,” Walthall said.

Beyond all the work he does mixing live shows and recording, producing, engineering, and mixing records, Walthall still finds time once a year to actually play some music.

As part of the Return of the Living Dead Bands, Halloween extravaganza at Strange Matter, Walthall plays the roll of Mike Watt in the fictional version of the Minutemen. Along with his buddy James Seretis, he spoke of the lengths he and his band-mate go to inhabit the Minutemen: “We dress like them, write the set list to be like a Minutemen setlist…40 minutes, 22 songs…”

If you liked that band and you never got to see them, it’s worth checking out:

Otherwise, if you’re a band living in Richmond looking for a fun guy to make a record and hang out with, without going broke, give Stereo Image a call.