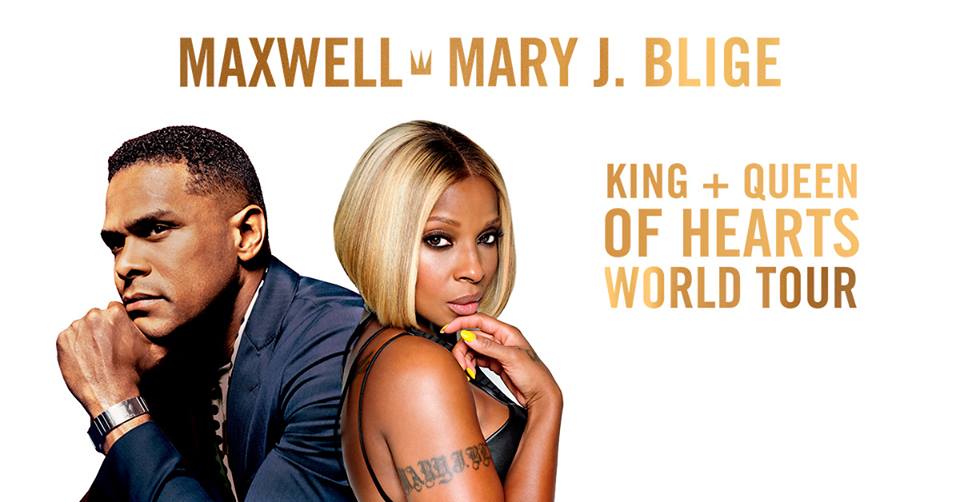 No need for hateration or holleration, it’s time to rejoice in this dancerie because Mary’s back!

No need for hateration or holleration, it’s time to rejoice in this dancerie because Mary’s back!

The one and only Mary J. Blige that is. That’s right, the R&B singer who reigned supreme in the 90s and early 2000s and continues to dominate today, will grace us with her presence at the Richmond Coliseum Nov. 23 as part of her King and Queen of Hearts Tour that she is co-headlining with fellow 90s/early 00s soul sensation, Maxwell.

Yes, ladies the man who made you swoon with “This Woman’s Work” will share the stage with Blige for their first tour together. Maxwell’s latest album and first in seven years, BlackSUMMERS’night dropped in July, and is the followup to the 2009 album, a planned trilogy of albums.

Blige has a new single called “Thick of It” that she recently released that you can check out below:

You can catch Mary J. Blige and Maxwell perform at Richmond Coliseum with special Ro James on Wed. Nov. 23, at 7 pm. Tickets are $45-$250 which you can snag here.

In the meantime, here are some sweet sounds from the two to take you back to simpler, better days: