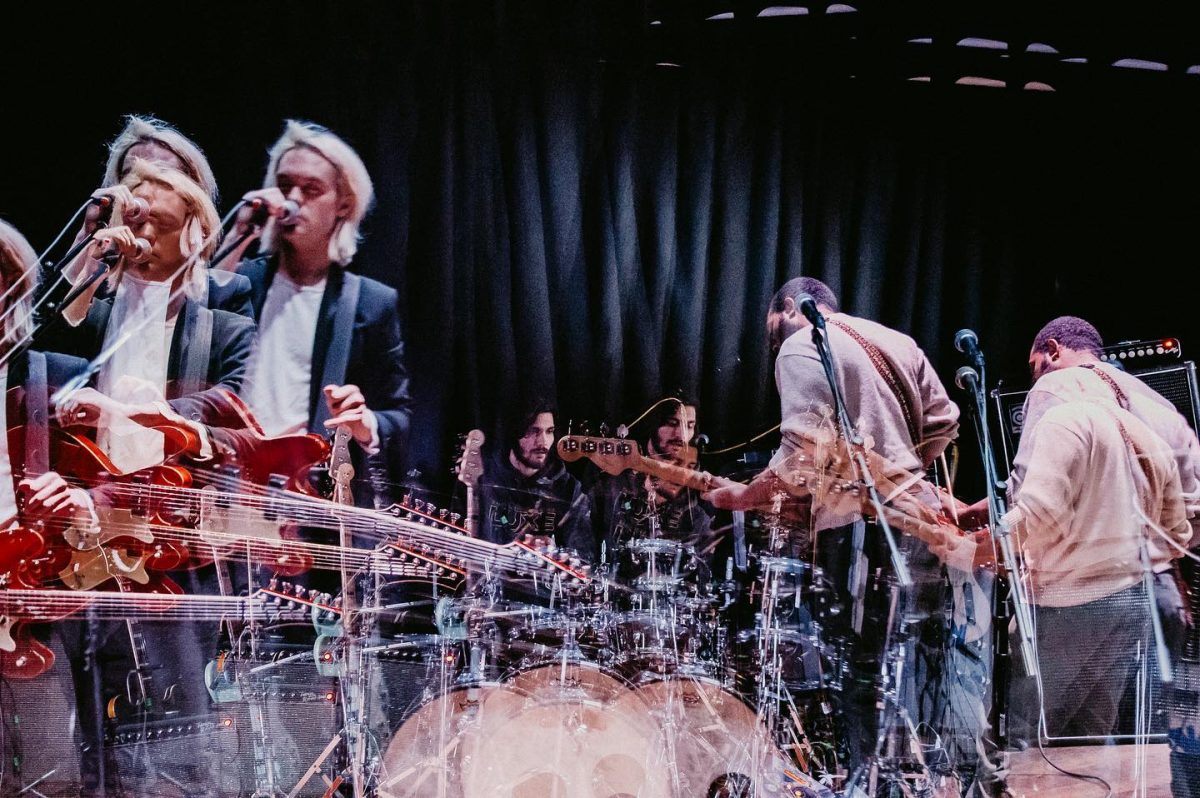 After five years as a band, No Moniker has a brand new name. But the indie tunes the band has delivered throughout their career thus far remain as catchy as ever.

If you reach deep within yourself, you may find the need to rush into the unknown. That’s what Jordan Scott, frontman for Richmond, VA band No Moniker, did. Fresh out of college, he made his way to New York and later to France, where his experiences shaped his lyrics for the albums No Moniker is working on today. However, he says, “Richmond’s definitely shaped it a lot more.”

Scott was quick to elaborate. “Just playing and being in a music community,” he said. “Doing shows all the time, meeting people who are doing it, practicing, doing band stuff.” These are the things that allow the group to flourish as a part of Richmond’s music scene.

No Moniker began in 2015 as Scott’s solo project, then known as Moniker. The project has grown over the years, bringing in friends with new sounds and eventually becoming the group it is at present. Scott, who provides lead vocals, guitar, synths, and percussion, is joined by Ro-Derrick Branch on bass, keys, and vocals, and Madison Hinson on drums and vocals. Their latest EP, Private Prophet, was released in March of 2019 on Good Eye Records.

Private Prophet takes influence from Neil Young, Nirvana, and Mitski while utilizing everyday experiences from life in Richmond and previous lifestyles abroad; as Scott says, “trying to navigate old and new,” while reflecting on older generations and contemplating generational divides. Though the EP is less than a year old, the band’s lineup has already changed since the recording, going from a quintet to a trio with the departure of two previous members and the arrival of Hinson on drums. The group of three capped off their winter tour in Baltimore, Maryland on December 19th following their shows in D.C., Pennsylvania, New York, and Massachusetts.

They are currently working on their next album while preparing for an upcoming mini tour and a new video set to be released sometime in February.

This is an exciting time for the band, as they’ve officially changed their name to No Moniker as of February 2020. “It seems like a nice way to mark a change, because it does feel a lot different than when I first started it and was playing by myself,” says Scott. Scott decided on the name change in order to make it easier for anyone looking up the band online. “We’re not the only band named Moniker,” says Scott. “I just want us to be really easy to find.”

Scott, Branch, and Hinson are discovering their flow in the songwriting process. Branch described the way a No Moniker song forms, saying, “[Scott will] have an idea thought out, or the start of it.” Branch doesn’t solely credit the band’s founder with song creation, though. “I do think we draw inspiration from each other a lot,” he says. “We each bring our own sort of thing to the mix.” They bounce ideas off each other, and the responses to them are what shape the next steps.

Inspiration for their songs can come from anywhere, and ideally, Scott says, a good song “[conveys] one complicated thought, filled with contradictions, but still a complicated thought in a passage… one idea expressed in all its nuance.” Private Prophet, which Scott recorded himself, “felt a lot more like what I imagined painting is like,” he says. “Finding this balance between small details, having to step back and see how it is as a big picture, then going in again to work on a little spot.” Now, with Branch and Hinson jumping into the writing process, they are learning the ways of songwriting as a team.

The album art for Private Prophet was crafted by Ryan McCardle and Sarah Ver Hoeve. The portrait is a heavily abstracted series of intersecting lines that look vaguely like a handshake. However, Scott’s original idea was to use human hands, allowing two different interpretations. The first, “a kind of friendly, getting your attention, or even reminiscent of a handshake, and the other being a more violent like attacking kind of grab.” Scott said a handshake is kind of “old-fashioned” to him, and the first track on the EP, “Tidal Wave,” is, Scott says, “sort of a back and forth between an older person and a younger person,” reflecting the way that relationship is affected by generational differences, the old versus the new.

The single from Private Prophet, “Kicking and Screaming,” is the classic movie-ending song that plays in your head for hours after leaving the theater. The screen is overcome by darkness; the final moments flash before your eyes and are erased in a split second. The piano comes in and the credits roll. Moniker’s music combines 80s vibes with an undeniable indie rock flavor to create a chill, new wave atmosphere. Drive and experience stand behind every line; it’s a mild party anyone could jam along to. Private Prophet’s  narrative-driven songs are reminiscent of “Smile Like You Mean It” by The Killers and “Reptilia” by The Strokes. You’re sure to carry the haunting bass of “Inside Out” with you long after your morning commute.

Reminiscing on their summer 2019 tour, Hinson talked about how they had to camp out on at least one night. “We slept on the ground in a tent in Maine,” he said. “It was freezing. Jordan lost his sleeping bag.” The trio refers to the touring life as “very much a different beast” from writing and recording, but look back on their time with fond memories. From meeting cool, new people at every stop to Branch and Hinson having to fill in on lead vocals and learn all the lyrics during a seven-hour car ride when Scott completely lost his voice, touring has made them flexible in their responsibilities and eager to tour the northern US again, when it is not so cold.

For now, you can catch No Moniker in a variety of venues around Virginia. Their next performance is on February 11th at Twisted Branch Tea Bazaar in Charlottesville, and their next Richmond show is a Valentine’s Day event at The HofGarden on February 14th.

Top Photo via No Moniker/Facebook