Music As A Weapon - RVA Mag 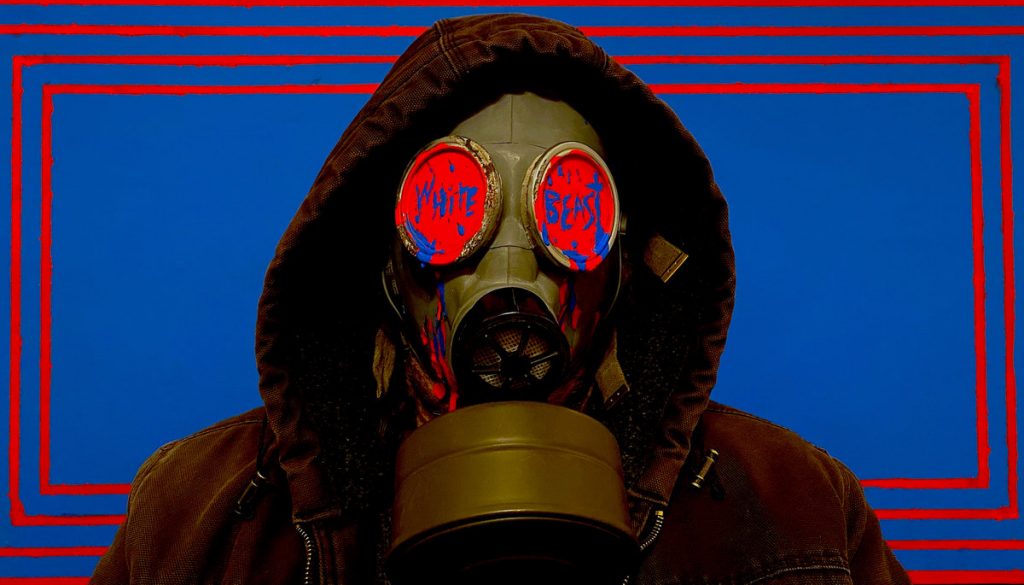 With the debut EP from his new mostly solo project, White Beast, musician and filmmaker Jeffrey Rettberg is hoping to inspire introspection in the minds of those “who have drifted into radical right wing ideology.”

Jeffery Rettberg produced a lot of music at the beginning of quarantine, but he had no immediate plans to release it. Then came the Jan. 6 Capitol riots. Rettberg said he found himself wishing he’d released the music months earlier.

“I have a lot of different people in my life, including very close family members and friends who are older, who have sort of drifted into radical right wing ideology over the years,” he said.

The self-titled debut EP for his project, White Beast, directly references that phenomenon, particularly on the track “Lost Champion of the Overdog.”

“Drunk on myths of meritocratic supremacy,” Rettberg sings. “Committed to guns, god, and security. A numbing solace found in the maintenance of fantasies.”

“[The song] felt to me like a really concise explanation of where some people are coming from and why they’ve gotten to where they are,” Rettberg said. “Sort of taking on their perspective.”

The song delves into the psychology of how people fall into right wing nationalist thought, he explained.

“The first part is me from my perspective, then there’s this piece that’s pretty satirical and a little tongue in cheek,” he said.

The best thing that could come of his family members listening to “Lost Champion” is that maybe it spurs a bit of introspection on why they hold the beliefs they do. But, he’s not necessarily optimistic anything will change.

“I learned a long time ago that it’s a shot in the dark,” he said. “So much of that ideology is based on intense aversion to introspection.”

The EP – done entirely with bass guitar, drums, and vocals – is Rettberg’s first solo release. Most of its songs were originally written in 2017, though Rettberg said he was able to devote more attention to it in the early months of COVID-19. The project has taken so long to release in part because it’s a collaboration with many people, with friends contributing everything from drums to album art.

“Approaching something as a recording project was an easier way of working with drummer friends of mine who are incredibly busy,” he said.

When he’s not playing music, Rettberg works as a filmmaker, directing music videos for artists like JPEGMAFIA and Butch Dawson. Both have been major influences on his musical career.

“When I had met [JPEGMAFIA] and was working with him, he had a different approach to making music that was totally alien to me,” Rettberg said.”I have a single loop pedal that I’d been messing with for 13 years, and it suddenly clicked watching him make music: I don’t care about playing live, I can just write songs that were in my head and record them.”

Rettberg’s own music is tough to categorize, even for him.

“I feel like it has punk leanings,” he said. “I definitely like layering things intensely and including psychedelic elements and stuff. It’s maybe a heavy punk, psychedelic mixture of things, if I had to pinpoint it.”

Rettberg has been attending punk shows and playing punk music since he was 13, when he formed his first band.

“We were awful,” he said. “We just barely knew how to play our instruments.”

It’s no surprise that Rettberg’s music now is so political: he says that bands like Crass, Icons of Filth, and DIRT were major influences on both his music and his worldview.

“Those were people who were talking about things I could barely comprehend at 13 or 14, but they had a really intense, and also a really educated, view of the world around them. That spoke to me. The Dead Kennedys were also huge to me growing up. I loved the mixture of a really smart political analysis with a mixture of really funny satire.”

Rettberg recently moved from Baltimore to Richmond, and was just beginning to enjoy RVA’s music scene when the world shut down. In addition to being a fan of local bands, he said he’s appreciative of the atmosphere and the energy of crowds.

“People seemed to really care about listening to the music, not just getting fucked up, though of course there was that aspect too,” he said. “I really liked that.”

When the world is a little safer, Rettberg says he hopes to eventually play live shows again. Until then, though, you can listen to White Beast’s EP on Bandcamp, and follow them on Instagram @whitebeastband.