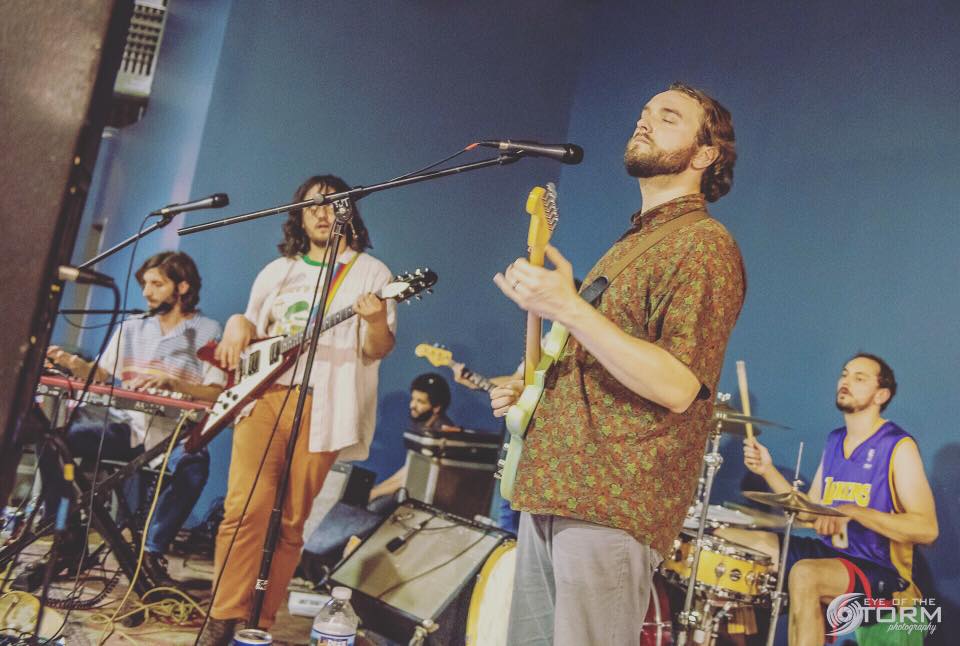 With their new self-titled LP, Norfolk’s Super Doppler have integrated a wide variety of musical styles into their old-school rock sound.

Getting to the roots of rock with a dash of soul and some gentle country twang, Super Doppler has reached into their, seemingly, bottomless pit of potential new music to create their latest, self-titled album, Super Doppler.

“When we were learning all these songs, we got together and we had about two albums worth of material ready to go, and we just had to decide,” said Super Doppler’s singer, guitarist, keyboardist, and songwriter Harry Slater. “Someone will put out a song that will be an instant hit with all the guys, that’s maybe a little more experimental or out there than whatever we’ve done before, and that might dictate where the direction of the other songwriters might go for the next couple months. You just never know.”

The guys have kept each other on their toes musically, ensuring their new music is never quite the same as before, and is as stylistically diverse as they please. Within the five-piece group, three of the guys serve as songwriters, and all pull in not only their common interests, but their individual stylistic and genre-based quirks as well. Aside from Slater, Supper Doppler is made up of two sets of brothers: Cole Friedman on bass, Neal Friedman on keys, guitar, songwriting and vocals, Michael Adkins on guitar, keys, songwriting, and vocals, and Brian Adkins on drums.

“Michael was the one writing a lot of very country roots stuff, and then Neil and I started writing a lot more experimental, strange, contemporary styles of psych rock and things like that,” said Slater. “We liked all of it, no matter how diverse.”

With so much music currently on the back burner, the guys have toyed with the idea of dropping touring altogether to focus on getting music out as often as they can. They don’t see it happening anytime soon, especially with a tour right around the corner, but they would prefer that no music get left behind.

“We look at a lot of older bands from the 60s and 70s that were just releasing multiple albums a year, just constantly doing it,” said Slater. “We’re constantly writing, constantly trying to one up each other in a friendly way, and constantly putting out stuff that’s really different from before. And everyone’s always really eager to learn it, play through it live, and put it through the studio.”

For the guys of Super Doppler, friendly competition is natural. Being a band featuring two sets of brothers, in which everyone involved has grown up together since high school at the latest, lends itself to strong relationships that can withstand musical disagreements.

“I’m sure some people have thought, ‘Oh, those guys treat each other terribly, they all hate each other,’ but it’s just all brotherly ribbing,” said Slater. “Sometimes I can be the odd man out when it comes to voting. Often it’ll be the two sets of brothers pitted against each other and I’ll have to be the deciding vote.”

While Super Doppler in its current form has only been around since 2016, the guys have been playing music together since their high school years. To attest to their incredible musical growth and bond over the years, they played shows through their college years when they were all at different schools, and have stuck together tightly through it all.

“We were absolute weekend warriors for a couple years. We didn’t have a tour van at that point, so we had to travel in separate cars. I used to borrow my mom’s Prius to hold amplifiers,” said Slater. “After that phase was done we were very much ready to not do that anymore, and play clubs and dives; do the actual rock band thing.”

A big thing the guys have learned over the years is how to scale their music properly to ensure that it sounds the same both in and out of the studio. On their first album under the name Super Doppler, Moonlight Anthems, they did recording in studio with a horn section, which proved difficult to maintain on the road.

“It was just too many mouths to feed on the road. There were songs we just had to stop playing because they were just too dependent on a horn line, or having to retool things and rearrange things to make it work without certain parts,” said Slater. “We keep in mind that we’re going to have to be playing this live, so usually before we even record something, we practice to make sure we have a good version [with] just the five of us. It’s more of a maturing approach to arranging.”

That being said, the self-titled album still features musicians other than the core group, including Richmond harmonica player Andrew Alli.

“We like to keep it very diverse musically, and sometimes our thoughts are so diverse that they go beyond what our members can do, so we have to call in some hired help,” said Slater.

As they’ve fine-tuned their process from studio to stage, they’ve also started experimenting with the timing of their releases. For their previous release, Super Secret Singles Club, they released the songs one at a time over the course of a couple months. As for their new album, they decided to only release it digitally before the start of their tour. Physical copies of the album will debut as they hit the road.

“We noticed that nobody knew the songs yet,” said Slater. “We would start playing the new stuff that we were excited about, and everyone would go take a bathroom break or something. We decided to let it out digitally and let it sink in before touring in support of it.”

While this system may be working better overall and will help connect the audience to the live shows in a more in-depth way, the gap between release and tour has presented challenges for the guys that they hadn’t expected, such as not getting to see their audience’s reactions to the new album yet, and having more downtime between the release and the tour than they intended.

“I’m sure we’ll really see the results when we’re on tour and start playing shows again. It’s been a very long wait,” said Slater. “I’m starting to stay up a little later at night, trying to exercise a little more to get ready for it. Quite honestly it’s probably gonna kick our asses for the first week or two, since we haven’t been on tour in a while. There’s just no getting around it.”

Luckily for the guys, the first stop on their tour, in Williamsburg, went off without a hitch. Richmond is up next; on Friday, August 30th (that’s tonight!), Super Doppler will be taking the stage at Hardywood Park Craft Brewery, along with The Wimps and Dogwood Tails. The show is free, it starts at 5 PM, and yes, there will be physical copies of the new album available for sale.

Top Photo by Eye Of The Storm Photography