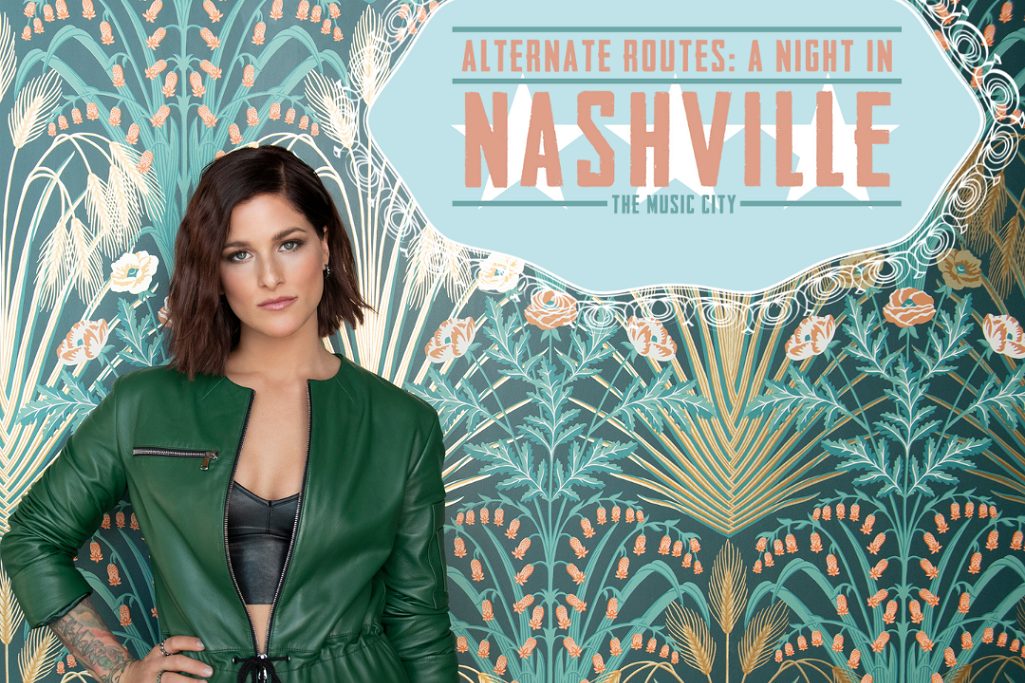 This Thursday night, Richmond Performing Arts Alliance will present Alternate Routes: A Night In Nashville at Dominion Energy Center, featuring a headlining performance from Cassadee Pope. Now, if you only know Cassadee Pope from her run on season three of The Voice back in 2012, when she took top honors and became the first-ever female winner of the musical competition show, you might not be too clear on why I say that her headlining performance at the Carpenter Theatre this Thursday is sure to be a great time. But give me a moment, and I’ll explain.

If you know her 2013 Top 10 Country single, “Wasting All These Tears,” you’re on your way to understanding. But to really get your head around the breadth of Cassadee Pope’s career, you’ve got to go all the way back to her roots, when she was the frontwoman for Florida pop-punk band Hey Monday. Their Paramore-ish 2008 single, “Homecoming,” never quite broke through here in America (though it made the top 40 in Japan… that old “big in Japan” joke really is true for some artists), but its effervescent bounce is something you can see reflected in her music to this day.

OK, it’s true, Pope isn’t doing the emo thing anymore; she sings with a touch of a twang, she integrates country-identified instruments like banjo, fiddle, and pedal steel into her songs (sometimes), and when she gets radio play around here, it’s on K95. But if you’re a fan of that whole mid-2000s emo thing, at least in its most heartfelt, lovelorn, but-still-kinda-post-hardcore-ish extremes (think Paramore, Eisley, or even the best early Avril Lavigne songs), you’ll probably find just as much to love in Cassadee Pope’s solo material as the straight-down-the-middle modern mainstream country fans do.

This is especially true on her latest album, Thrive, which came out last fall. On singles like “What The Stars See” and “Say It First,” her emo roots are closer to the surface than ever — probably because, for the first time in her solo career, she either wrote or co-wrote every song on the record. Chunky rhythm guitars and staccato drums make a home right alongside charming vocal runs and acoustic passages, uniting to bring the powerful emotional crescendos that the best country and the best emo have in common. It’s not Tanya Tucker or George Jones, but it is a forward-looking approach to multiple genres at risk of getting way too predictable. Who couldn’t use something like that in their musical diet?

Pope’s performance is part of Richmond Performing Arts Alliance’s 2022 gala, entitled Alternate Routes: A Night In Nashville, and tickets to that are available as well, for the much more significant contribution of $250. In addition to Pope’s performance, the full gala will feature an open bar with pre-performance entertainment from Rigby’s Jig and more, as well as a post-concert dessert & dancing reception. If you’re up for this kind of full evening shindig, further info and tickets are available at RPAA’s website, but act quick — they’re only on sale until midnight tonight!