Nothing Loves You - RVA Mag 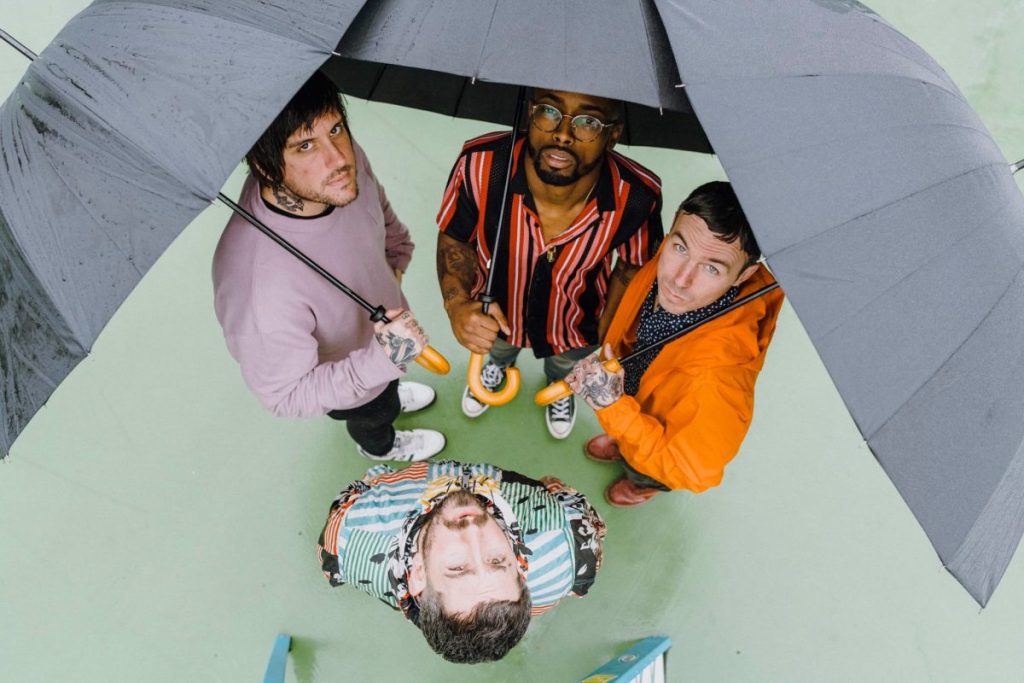 Philly shoegazers Nothing will be coming to Richmond Music Hall at Capital Ale House on Tuesday, bringing some unlikely holiday harmonies along with their haze of melodic guitar noise. As breaks from the holiday madness go, this should be a particularly refreshing one.

The Christmas season can be a tough time, especially if you struggle to come up with the cash and inspiration for gifts. But if you want to try giving an early holiday gift to a friend with indie music inclinations — who probably needs just as much of a break from the high-pressure holiday season as you do — consider this: Grab a pair of tickets to see Nothing when they come to Richmond Music Hall at Capital Ale House on Tuesday, December 7.

This Philadelphia band recently followed up their mid-pandemic album, The Great Dismal, with The Great Dismal B-Sides, released last month. You could call it dreampop, shoegaze, postpunk, or grunge, but the important thing to know is that their retro take on “La La Means I Love You” by the Delfonics is the best version of holiday harmonies you’re going to get anywhere in the underground music world this year. If you want a soundtrack for a romantic twilight evening of window-shopping that does NOT include the same Christmas Muzak you’ve heard a million times, this is a good solution.

My personal favorite Nothing album is the one they released in 2018, Dance On The Blacktop. I was in a romantic mood when I put it on, and I immediately loved the impression created by the album’s display on YouTube. YouTube is one of my favorite platforms for streaming music, and they make this album stream feel fun and cool, as if the digital album cover is staring at me from my computer screen instead of a stand on the wall or something. It’s just enough technology for me; the blue light and pale lady on the album cover make me feel like I could be listening to this music in a digital cafe.

Dance On The Blacktop doesn’t bring the same fun atmosphere as their Delfonics cover, but that’s OK: the downbeat, distant shoegaze of opener “Zero Day” is just as rewarding in its own way. Next up is “Blue Line Baby,” a nostalgic pop rock intro from the aughts that gets me into the dreampop mood. It reminds me of Beach House’s Bloom LP, and particularly the track “Myth.” Both groups tend to circle back to the same themes again and again.

Track three shows that the album as a whole will feature a more varied approach. “You Wind Me Up” picks things up into a more pop-punk space, but you get the sense that it’s going to linger a little longer than, say, a Digging Up Virgins song. Its soft textures and lush soundscapes cushion the breakdowns and make it a swaying, dancing song.

“Plastic Migraine” dwells on caffeine addiction as a metaphor for letting go of someone without feeling you can go on without them. It makes me think of BPA and all the dangers for our environment — a big preoccupation for many songwriters. I think music is a great venue for exploring anxieties of all types and putting them into a bigger frame of reference.

“us/we/are” is nostalgic for the pop of the aughts again, and even harks back to the nineties a la Radiohead’s “Creep.” The title may come from a similar anxiety, around identity and its effects on our ability to have relationships. This song is romantic and danceable in a way that reminds me of the pop-rock played at my own homecomings and proms. It’s holding on to a feeling; I always think of the electric guitar sound I hear here as flowery, so I can’t wait to hear more “flowers” as the album proceeds.

“us/we/are” grabs the title of “my favorite song so far” with its openness and energy… but then “Hall On Palace Pier” shows up. The descriptive title of this one gives a glimpse of an intriguing adventure story, and taps into the emotions around all that. The bass on this song really cuts into you, and it just keeps picking up as it goes on. The range of the song encompasses everything from Pink Floyd and REM to the sweetness of Wilco circa Yankee Hotel Foxtrot. After a while of contemplating what the melody reminded me of, I finally placed it: “Such Great Heights” by the Postal Service. There are also hints of a million great folk songs, like “Rhymes and Reasons” by John Denver… or something else beautiful like that.

“I Hate The Flowers” is for the metal people, the ones who show up because Nothing is signed to Relapse Records. It’s heavy but muted, using an edgy melody for the refrain and giving just a hint of headbang in the backing vocals. The husky backups and the gentle lead vocals create an intriguing contrast, again reminding me of REM. Nothing’s songs are more repetitive and carry a dazed sort of feeling, but in reality, they are very complex — especially this one.

“The Carpenter’s Son” is a long one, with an isolated lead that brings that lonely painful vibe. The notes waver like they can barely stand on their own. Following up such a heavy song, this one seems particularly aware of its own empty surroundings. “I don’t want to see you” is a line that stands out. Some of the YouTube commentariat really didn’t like this one, for what that’s worth. It has an almost beachy electric guitar tone, like the Beach Boys’ guitars, only sad and cold instead of happy and sunny. It’s tough for me to hear, and I’d throw out another Beach House track, “Beyond Love” (track four on Depression Cherry) as a girl-power counterpoint to this one.

Finally, we come to “(HOPE) Is Just Another Word With A Hole In It.” When Dominic Palermo’s voice comes through the haze (which has reigned other than a brief moment of clarity during “us/we/are”), I find myself pondering how much he sounds like Radiohead’s Thom Yorke. I loved the drums before the vocals kicked back in — the tone offers the clear voice I was hoping to hear from the vocals.

You may get a more clear vocal sound out of Nothing when they play Richmond Music Hall at Capital Ale House on Tuesday night with openers Bambara and Midwife. Regardless, though, it’ll be an adventure just to find out what’s in store — one that I definitely recommend. Doors open at 7 pm, tickets are $18 and available online now.