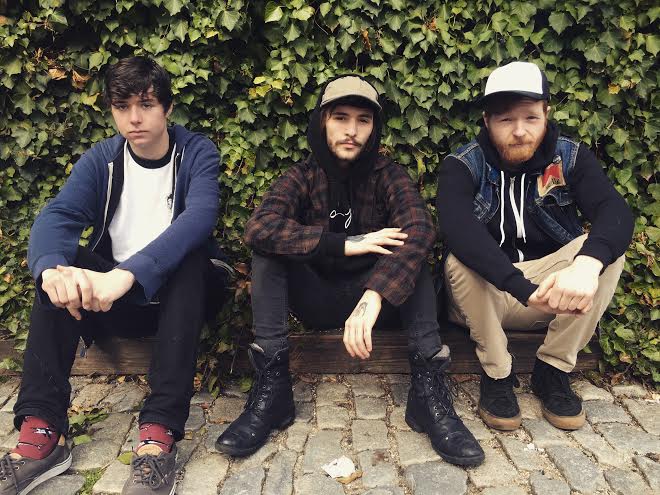 Dark post-rockers Cavum have been hard at work on their latest album and you’ll get the chance to hear them play their new tunes this weekend.

Dark post-rockers Cavum have been hard at work on their latest album and you’ll get the chance to hear them play their new tunes this weekend.

The RVA trio is throwing a record release party at Strange Matter this Friday for their second full-length album, ebb//flow, released via Bad Grrl Records.

One definitely gets that eerie, ghostly vibe on their first single off the record, “Spirit Weaver,” which the band released last month. And haunting vocals from Diane Dwyer paired with a hazy, edgy punk sound rounds out the track perfectly.

Meyer said the title of the album, ebb//flow, is a play on the duality of the album which will be released as a cassette.

“The first side functions as its own EP, and the second side is more of a collection of bonus songs,” he said. “They were all recorded in my bedroom, mastered at Minimum Wage {Recording}, and cut to tape by Bad Grrrl.”

He added there are 13 tracks all from the last year including “Spirit Weaver” and “vVv / Only With Waves” which the band has released.

“The album is a mix of new and old material with features from Gull, Bryce Tyree, and a quartet version,” he said. “I recorded everything for this album on my own, with vocals from Diane Dwyer on four tracks. When I took them to the band, we had all the framework to bring them to life.”

Prior to ebb//flow, Cavum released their first self-titled full-length in 2014.

Cavum wrapped up this album at the beginning of the winter, and it will be released as a cassette.

This album is the project in which the band will have an official lineup as a live act. Now a trio, CAVUM original out as a solo project in 2011.

Meyer said he met drummer Patrick Park through work and soon the two started playing music together. Bass player and VCU percussion major Kyle Stoker came along not too long after that, and the band started to take shape.

“We all live in the same part of town so it came together really naturally,” Meyer said.

Park also designed the artwork for the album.

“I told him something along the lines of ‘a ghost beach journey to skull island hardy boys adventure,’ thinking I was really going out on a limb,” he said. “He nailed it and we officially established ourselves as a “ghost beach” band.”

Meyer said the band is working to schedule some mini-tours with Rivertown Records this summer.

You can catch CAVUM this Friday, March 18th at Strange Matter for their record release show. Headless Mantis, and Julie Karr, will also be performing. Doors open at 9 pm, show starts at 10 pm. $5 cover.