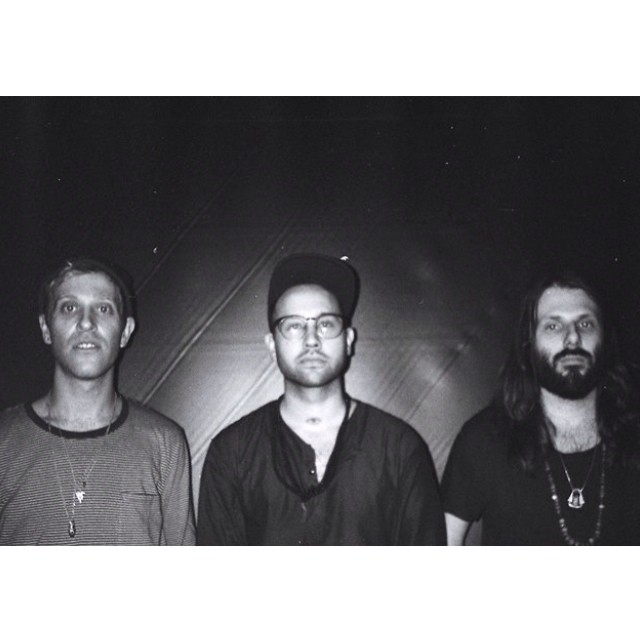 In 2016, it’s not the fact that we have access to all this music that’s astounding. It’s the sheer volume of musicians alive today making that music, each in their own way.

In 2016, it’s not the fact that we have access to all this music that’s astounding. It’s the sheer volume of musicians alive today making that music, each in their own way. Really, the best thing about the modern music scene is that at any point, any band could potentially breakthrough with just one great song or one impactful album. Unconvinced? Well, just look at psychedelic band Unknown Mortal Orchestra.

Unknown Mortal Orchestra, or UMO for short, began just this decade, but its frontman mastermind Ruban Nielson has been a notorious fixture in the music scene since the early 2000s thanks to his stint in the New Zealand punk band The Mint Chicks. Nielson started the band with his brother Kody and friends in high school and quickly gained a reputation for being one of the craziest bands one could see live. By the end of the decade, the band would have three acclaimed studio albums under their belt as well as a legion of fans, but the unstable nature of the band’s performances were beginning to take a toll off the stage and behind the scenes. There seemed to be only so many times in a band’s career that you could unleash a chainsaw onto the stage for shock and awe.

Stylistically, The Mint Chicks and Unknown Mortal Orchestra are worlds apart and most are shocked to discover Nielson’s introduction into the sonic ether. “It was such a different band,” Nielson admitted when detailing his memories of the band and its impact on his career going forward. “I learned a lot of what makes UMO work from my time in The Mint Chicks. What to do and what not to do. I miss my brother, but I don’t miss being in a band with him so much. I have great memories of making records with those guys. We did some wild shows.” Just by looking at The Mint Chicks’ last show where his brother Kody destroyed multiple drum sets before screaming at the audience to “start your own fucking band,” Nielson saying “some wild shows” may be an understatement.

With a decade of hard punk music under his belt, Nielson steered UMO in a completely opposite direction with a lo-fi approach to idealized psychedelica. Even with rock remaining the core, UMO began as a stark contrast to The Mint Chicks and allowed people the opportunity to feel the power of Nielson’s music and not just his live show. The band’s first two records, their self-titled 2011 debut and 2013’s II, established the band as one of the premier acts in the lo-fi genres with critics clamoring over the band’s ability to make even the simplest song sound psychedelic and dreamy. With two records, UMO had laid a foundation and allowed people to easily guess what would come next from the band. But, as you may have guessed, what came next blew past all expectations.

Last year, UMO put out Multi-Love, their third record offering up a more polished side of their garage soul music. For people following the band since the beginning of the decade, it was a huge jump in quality starting with the production that completely blew UMO out of the lo-fi genre even if the record was still recorded in Nielson’s basement. More importantly though, it was the subject matter and themes of the record that really struck people as Nielson opened up his life in a completely vulnerable way that few have before in music.

Multi-Love tells the tale of Nielson and his wife’s experience navigating a new, polyamorous relationship with a still unnamed woman. Nielson had briefly met this woman touring behind II in Japan and reconnected with her later in Australia. Nielson’s wife took interest in the young woman and a burgeoning correspondence between the two led to the couple seriously considering the idea of opening their marriage and life up to this woman. For most of 2014, Nielson’s life was thrown for a loop as he tried to figure out how to function with this new dynamic, a theme that comes up again and again on Multi-Love. Before then, polyamory was something Nielson was barely aware of and now, he found himself not only in the middle of it, but also expressing it on the band’s next album.

“I tried to write more about the feelings than the particulars,” Nielson revealed. “The songs are always about love. People who are involved in similar relationships to what I am and normal relationships both tell me the record has value to them.” That value comes from the level of introspection that Nielson put into the record as he dealt with thoughts of adoration and self-worth in the face of a new personal challenge. The subject matter drove the music as suddenly, these themes and feelings seemed much more grandiose than the lo-fi constraints of a song like “Swim And Sleep (Like A Shark).” Like his last record though, the theme of his family was still prevalent throughout Multi-Love, something Nielson says will probably never fade. “I have to write about what’s close to my heart,” he explained and for Multi-Love, there was more entities close to his heart than ever before so of course the music would reflect that.

The end result was an acclaimed record for UMO that helped them become seen as a major player in the music world. Publications like Consequence Of Sound and NME gushed about the songwriting growth from someone once famous for climbing onto mountains of amps mid-show and Nielson found himself in the odd situation of performing these “basement” songs in bigger and bolder venues across the country. “It feels very strange sometimes,” Nielson detailed. “Often when I’m playing the first notes of ‘Ffunny Ffrends’ in a big theatre or in a country far from home, I’m reflecting on sitting alone recording that song five years ago, just enjoying making music, with absolutely no expectations or ambition.”

Good or bad, those expectations are there now for Unknown Mortal Orchestra and Nielson’s ambition is definitely rising with plans to continue to grow out of their humble lo-fi origins. “Right now, I’m not feeling like I want to scale it back musically,” he stated. “I think I want to make the lyrics less dense and more simple. Like stronger or something.” Getting stronger than Multi-Love is no easy feat, but neither was making a name for yourself as a band while getting banned from venues. Neither was starting from scratch musically in a new environment. Neither was blowing up that environment for something more grandiose. Of course, neither was opening your life, marriage, and heart open to an idea still considered taboo in modern culture. If there’s one expectation for Nielson that will surely come true, it’s that he’ll keep rising to the occasion and blowing everyone away in the process.

Unknown Mortal Orchestra play Richmond tonight at The National alongside openers Lower Dens. Tickets are still available at $20 with doors at 6:30 PM. For more information on the show, click here.