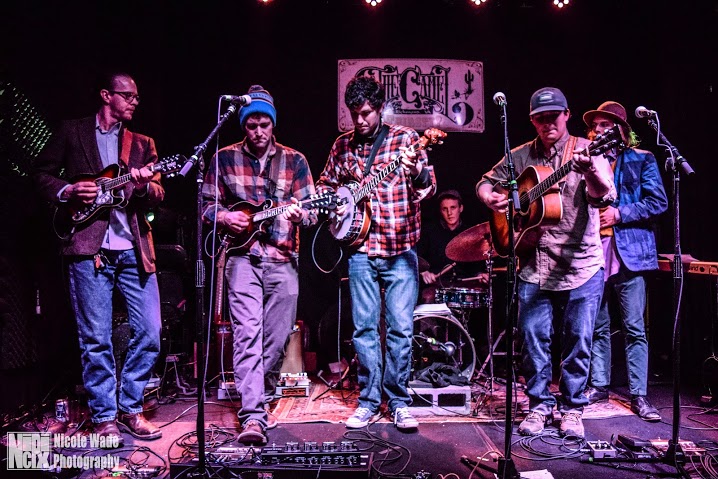 Radio Rubber Room put the romance back into hump-day last Wednesday with a Valentine’s pre-party and date auction featuring live music from RVA’s own South Hill Banks and the one and only Faceship.

In the short time since their formation in August 2015, this fledgling string trio has been beating the streets of RVA and filling your favorite watering holes with soothing tunes of simpler times. From The Camel to Cary St. and Legends to Isley, South Hill Banks has been regaling Richmond with their own brand of progressive Bluegrass, playing on average four shows per month. 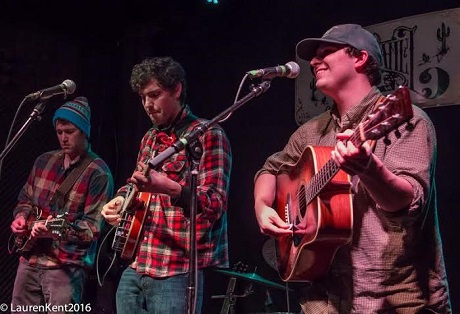 Composed of Lance Thomas (Guitar, Vocals), Eric Horrocks (Mandolin, Vocals), and Ryan Horrocks (Banjo, Vocals) the band combines the quick 2/2 timing and instrumentation of traditional Bluegrass with alternative rock vocals and themes. Horrocks easily had more pedals than I have ever seen set up for Mandolin and Thomas even incorporated a wah-wah on his acoustic guitar, also a first for me. The set was a crowd-pleasing hodgepodge of originals and covers, including Tracy Chapman’s “Gimme one Reason” and The Violent Fem’s “Blister in the Sun”.

As Faceship’s sound check came to a close the room refilled with would-be-lovers and hopeless romantics fresh from the frosty patio where doubtless they whispered sweet nothings with visions of cherubs dancing in their heads.

But inside things were starting to heat up and February’s chill would succumb as the enchantment of the evening pervaded. At center stage, the cream of RVA’s musical crop stands, if not eager, willing and ready for romance. Who says money can’t buy love. The crowd gathered and bidding commenced as the charity date auction went underway.

It was a side-splitting display that, as an auctionee I can say with confidence, was initially humbling, ultimately flattering, and undeniably embarrassing for everyone involved. But it was the most fun I’ve had in a bar in a good while.

The proceeds will go to Radio Rubber Room so that they can keep hosting free live shows and providing free web content and podcasts of all the talented local musicians RVA has to offer.

With the first round of bidding complete, the crowd eagerly embraced and welcomed back to Radio Rubber Room Presents, fan favorite and RVA originals, Faceship. The band is made up of Corey Axt (Keyboard, Vocal), Matthew Tolson (Drums), and John Bradberry (Guitar). 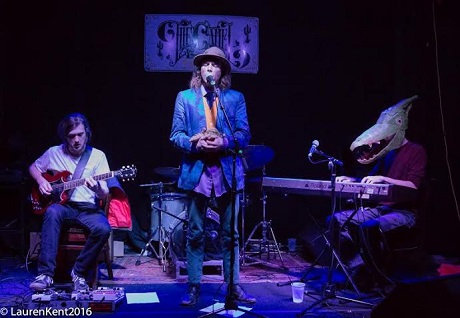 If you’ve never heard their music before, it’s kind of hard to describe except maybe to say that it’s noodle music. Their sound is heavily structured around the piano, combining ambient melody with bohemian drum rhythms and adroit, introspective lyrics.

When I caught up with John after the show to ask him about the unusual timing signatures I heard during their performance he told me “a lot of our songs use 11/8 or 11/4. we also dabble in 5s and 7s along with the usual 4s and 3s.” adding “hope that helps”.

If that sounds complicated that’s because it is, but basically it means all those times you thought you were in time only to realize you were way off, might not have been your fault. I found myself dancing with my eyes closed a lot, which is something that usually happens to me when I’m being engaged and challenged by the music I’m hearing, and that, I suppose, is the strongest endorsement I can give. Give them a listen here. 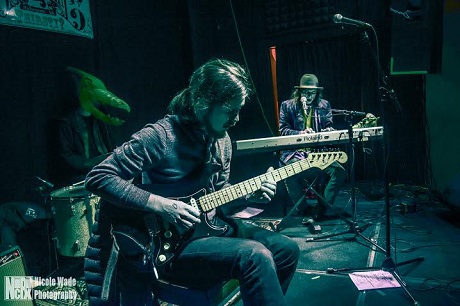 Faceship played two well received sets, each punctuated by hilarious rounds of date auctions. By the end of the night I had three dates, a good beer buzz, sore feet from dancing and stomach cramps from laughing pretty much constantly.

It was just a trial run, but I’m pretty sure this faux-Valentine’s celebration is going to trump the real thing this Sunday hands down.

Like Radio Rubber Room on facebook for updates on live local music and stream the podcast at radiorubberroom.com where you can hear interviews and live studio performances from some of Richmonds best and brightest musical acts and discover the up and comers everyone will be talking about.