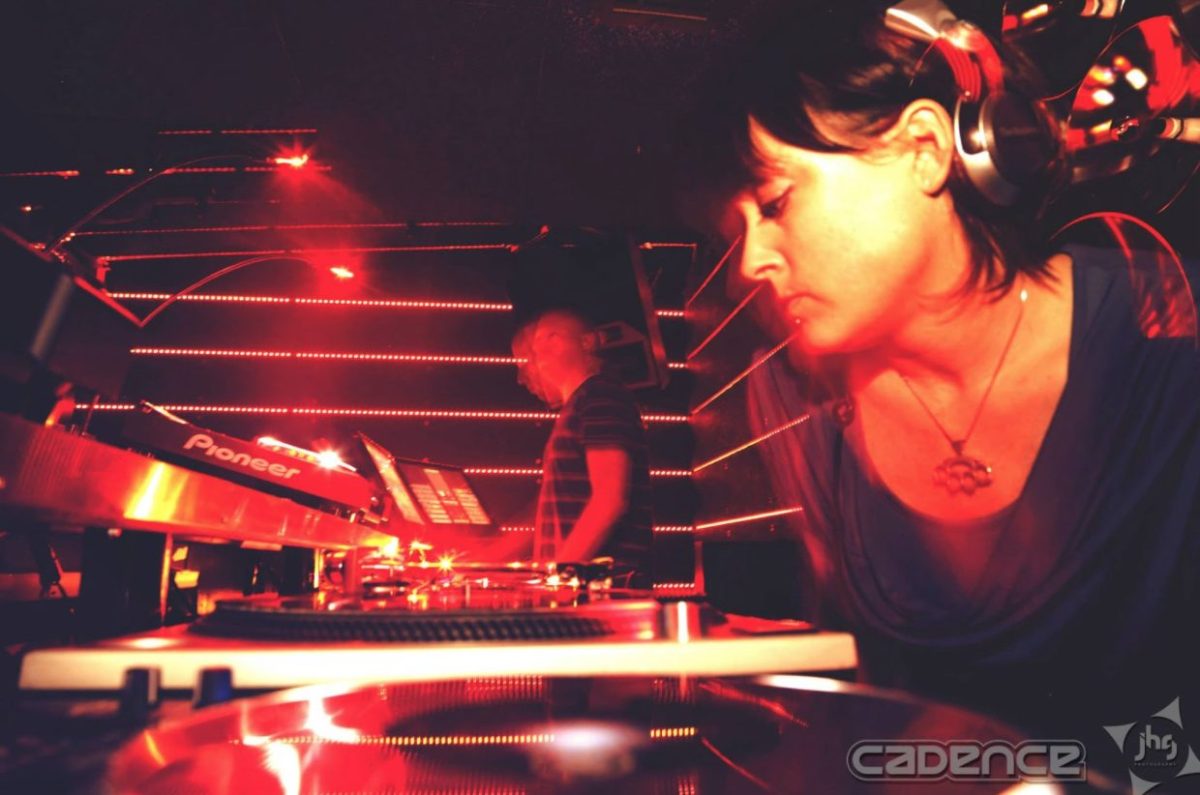 RadioRVA In the mix with Joanna O

In order to document the vibrant, ever-growing electronic music scene in Richmond and surrounding regions, Radio RVA gets “In the Mix” through our electronic mix series digging into artists’ musical flavors. For the kickoff installment of this new series, we have Joanna O! Joanna has been a part of the electronic scene here in Richmond for many years. Turnstyle, the shop she ran with partner Jesse Split, was a fixture for vinyl and turntable culture in Richmond for many years, and supplied us with many records and oh-so-many headphones over the years. I still have those Technics headphones (which were tanks) somewhere. Turnstyle have been holding it down on WRIR 97.3 for 17 years as a staple of electronic music support in RVA.

Joanna O’s mix for RVA is perfect especially for all the Drum & Bass lovers, with all the jungle and jazzy sounds that define her silky sets.  Her fine track selection and hard-earned mixing skills have landed her slots alongside many notable dance music greats over the last two decades. She has shared the stage with prolific DnB artists like LTJ Bukem, Lenzman, Furney, DJ Marky, Artificial Intelligence, The Insiders, Stunna, Blade, and Random Movement, just to name a few. Joanna brings the vibes behind the decks where she is known for her smooth + sweet drum n’ bass sounds. Check out the mix, then read on for our interview with Joanna O.

How would you describe your overall sound to someone?

I play on the deeper, more soulful side of the drum & bass music spectrum. I like to call it ‘Jazzy Jungle.’

Who are your past inspirations and current ones in the electronic music genre?

I am always inspired by the amazing producers who make the tracks I play. If I had to name a few — Calibre, Lenzman, Random Movement, Ben Soundscape, DJ Marky, and I could go on & on. The local DMV DJ’s keeping the scene going and growing are inspiring to me too.

You have been DJing all over and hosting WRIR nights for many years. What keeps you driven and continuing on this journey?

I have been DJing dance music with Turnstyle for 23 years, holding it down on Saturday nights on 97.3fm for 17 years. I love it! There’s so much quality music constantly being released — that’s what keeps me going. Good music.

What is the first thing you look for when listening to a new track to add to a set?

I always ask myself… would I dance to this? I can usually tell in the first few bars if it sounds like an addition to an upcoming gig/set.

What positive changes have you seen in the electronic music scene?

The fact that our music went from small & underground to worldwide expansion is pretty positive. Every mainstream music genre is being infiltrated by electronic music (and current fashion too).  We are still raving!

Lastly, can you give us the scoop on when to tune in, and on any upcoming events?

My FM Radio show: Frequency, every Saturday night from 9-11 PM ET on 97.3FM WRIR and streaming on WRIR.org.

For more Radio RVA Information, or to be featured in upcoming editions of this column, please contact [email protected]