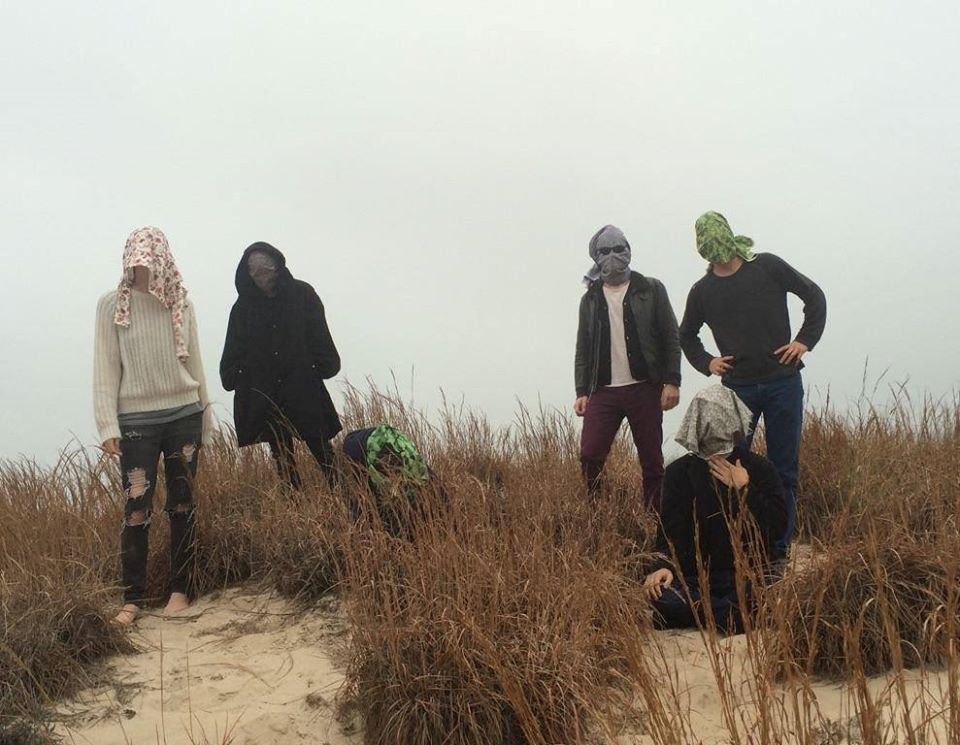 “One does not simply listen to Hot Tropic. Its black tones are guarded by more than distortion. There are beats there that do not sleep. Reptile Tile is ever watchful. It is a music wasteland, riddled with noise, angst, and twang. The very foot you tap is a poisonous sound. Not with ten thousand seconds could you do this. It is folly.” ~ That guy from that movie

A band of evil mages calling themselves Reptile Tile have conjured a monster album with a wingspan of 134 tracks. While slightly shorter than a marathon viewing of The Lord of the Rings, or listening to the entire Led Zeppelin discography, Hot Tropic stretches over six and a half hours. A daunting task for any listener, casual or critical, my quickest journey through the complete album was a twelve-hour trek, requiring several breaks. Five complete listening runs later, I felt confident enough to write this review, having spent more than 60 hours absorbing this album. If you’re looking for a set of tapes (four!) to follow along with your Teddy Ruxpin cassette-playing doll, Richmond’s Hand To Mouth began shipping them out last month.

I prepared for this draconian adventure with all the number-crunching wisdom and stoic resolve of battle-tested nerds; I created a spreadsheet. I listened through linearly the first time, making occasional notes about my favorite and least favorite tracks. Songs felt like adventures… finding chests, besting challenges, or fighting bosses. I felt like I was mapping out an 8-bit Nintendo Role-Playing Game. As you’d expect, some of those first impressions endured metamorphoses, both slight and drastic, over the course of four months, until the sketches began to look like a map.

41 tracks come in under two minutes – quick and catchy tunes, glimpses of songs that might be fleshed out, and sporadic interludes that last less than sixty seconds. 11 tracks exceed five minutes, including several ambient forays and half a dozen skits. Thematically, there are a lot of songs that deal with sex, relationships, and gender/orientation fluidity. There’s an undercurrent of fascination with science, biology in particular, balanced with intermittent religious musings. This sense of balance, that honestly sounds imbalanced at times (off meds? self-medicating?), also seems to be echoed by examinations of narcissism in the face of global conspiracy or cosmic horror.

Having completed the Hot Tropic game once, I decided to use a cheat code to skip around to my favorite levels. There are over 60 tracks I found enjoyable, which is about as long as their previous record, RTT Greatest Hits. The album becomes manageable when whittled down to 30 or so favorites, earning viability for vinyl release as a double LP. Simply giving away these hidden gems in an easily digestible format, however, seems counter to the spirit of obsession required for finding them in the first place. I had to wade through an almost equal number of insufferable tracks to find the “Diamond Dogs.”

Maybe this is my relenting acknowledgement that obfuscation and exclusion have always been effective weapons for musical cabals. It’s okay for an album like this to alienate people with basic tastes that can be fed by the same songs every day. Let the troglodytes cower in the dark with their precious nu-metal, country-club country, and auto-tuned mumbling while they wait for the beat to drop. Reptile Tile is here to destroy the radio that rules them all.

This article, originally published by the now-defunct AltDaily in 2016, is reprinted here by permission of the author.

D. T. Jones has previously written about music for Landmark Media, Whurk Magazine, AltDaily.com, and POPSCURE. He is also sometimes a screenwriter, a poet, and a purveyor of bad jokes.