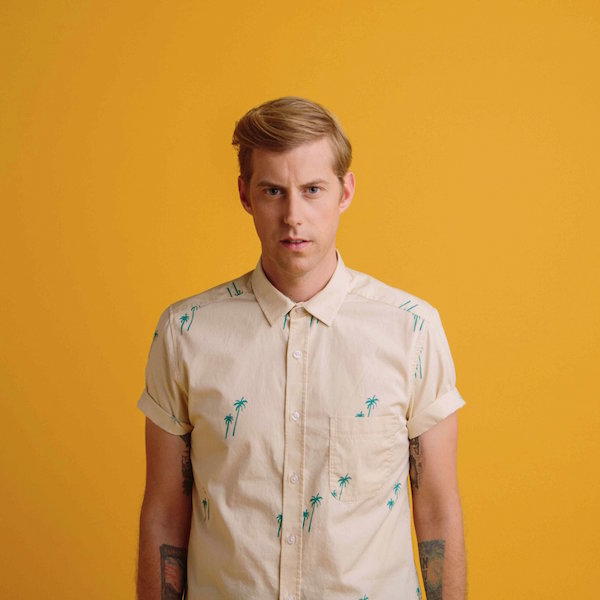 Andrew McMahon talks in the Wilderness project, drinks in Church Hill, and his addiction to social media ahead of Friday’s National show

This Friday, singer-songwriter Andrew McMahon will return to The National to showcase his most recent endeavor a

This Friday, singer-songwriter Andrew McMahon will return to The National to showcase his most recent endeavor and hopefully revisit some old favorites.

The now 32-year-old has started a new chapter in his life, becoming a father, and has taken on the new moniker, Andrew McMahon in the Wilderness.

Having fronted the popular Something Corporate in the early 2000s, McMahon transitioned himself into a solo career with Jack’s Mannequin which ultimately lead him to cultivate a cult-like fan base with his piano-based jams. This new moniker follows very a similar path to his previous outings in that it shows off McMahon’s pop-songwriting first and foremost, while having a bit more modern take to it.

Change has been a reoccurring theme in McMahon’s lyrics and in his own life, so we were interested to hear what brings McMahon back to Richmond and what’s been on his mind as of late.

Since you’ve gone through name changes and even band changes, did you have any goals in mind for in the Wilderness heading into it? What’s the process of narrowing down the set-list?

It’s pretty simple. Focus first on promoting the Andrew McMahon in the Wilderness album, which I am very proud of, and then build in songs from my history that help tell the story of where I come from. I am a people-pleaser at heart and I want to give the audience a show that is dynamic and filled with songs from my career that they love and I believe in.

What’s your relationship with Richmond been like? Are their any fond memories being there?

My relationship with Richmond runs deep. All three of my original Jack’s Mannequin bandmates lived in Richmond and, to this day, members of my band and crew have called Richmond home.

I have spent many nights at the Linden Row Inn and wrote one of my favorite songs there after a long night drinking at the Patrick Henry Pub. I can think of great nights at Edo’s Squid and roller skating through Ipanema Cafe after hours on god knows what cocktail of drink and more.

I am always eager to return and see my friends there. Goals for my return are simple: play a great show. Bring out new songs and a new stage show and send people home feeling they’ve seen something special.

Is there a song you dread singing?

“Konstantine.” At this point I perform it once a year on 11/11 when I do my annual charity gig.

Otherwise it’s pretty much off limits. It’s not because I don’t love it, but it’s hard to commit to a 10-minute plus song from an era so far from my current headspace. Plus, if I play it once it creates the expectation I will continue to do so night after night.

What producers would you like to work with in the future?

The list is lengthy. My dream, as with many artists, is to work with Danger Mouse. I think there are few producers with the ability to capture the voice of an artist in as true and haunting a manner as he does. I never cared much for Norah Jones until I heard the album she did with Danger Mouse and to this day it is a record I still put on and admire.

I think my past worries are more or less the same as my current worries. I want people to love and connect with my music. I am eternally insecure and thrive on the feedback I receive after a record is finished. My biggest fear is that I will be forgotten. Music is what I know. It is my mission and my passion and the thought of having to make a living any other way is a fear I face and quickly attempt to dispel. I have to put faith in the fact that I have been blessed to maintain my role in the art and business of music and grow over the years.

That said, I am raising a daughter now and I want her to grow up in a world where I can teach her the value of pursuing her passion and that there is success available to a person when they do so.

You recently said you started doing your own social media. Was it daunting to take that over and what was your initial reaction to stepping into that world?

This was back in 2012 and it was daunting initially. The hardest thing for me now is winding down from it and trying to keep myself from treating social media like drip-feed drugs. Checking a phone compulsively for feedback is a dangerous game and one I have not quite mastered.

You recently saw Fleetwood Mac live. How was that? Are you a big fan?

I grew up on Fleetwood Mac. I’ve had the joy of collaborating with Mick and meeting Stevie. As a fan of classic rock I’ve seen many heritage acts and Fleetwood are one of the few I feel still embody the essence of a live band putting everything they have on the line. I was beyond impressed.

What’s your favorite rumor about yourself that wasn’t true?

Well, that is tough question and actually forced me to Google my name followed by the word rumors. The one that really caught my eye was that I was dead, which I assure you I am not.

Do you collect anything, if so, why?

I’m a pretty firm believer in clearing clutter and leaving even your most valuable possessions behind. That said, I still tend to keep tour laminates and hard drives from my album sessions. That’s about it.

In lieu of Jay-Z’s new streaming platform, Tidal. How do you feel about streaming services like that and Spotify?

My opinion on these services is constantly evolving. On one hand, Spotify has been a great partner for me on the Wilderness project and I very much enjoy working with their team and truly appreciate what the model has done to reignite fans’ passion for listening to and sharing music. I also use it regularly. On the other hand there is no denying the revenue that streaming has taken off the table for hard working writers, producers and artists. To truly honor their mission of stemming piracy and bringing music to the masses, streaming service royalty rates must continue to grow and better compensate songwriters and artists who have created the content whose backs their model is built upon.

The days of major labels claiming most of the revenue and then unscrupulously distributing it in a way that primarily benefits them is going to have to change if artists are going to stay on board. Long and short, we need to keep the conversation going.

You can check out Andrew McMahon in the Wilderness project when they come to the National this weekend, pick up tickets here!