RVA #30: Prisoner’s Pummeling Odyssey Through Richmond, And Beyond The Infinite - RVA Mag 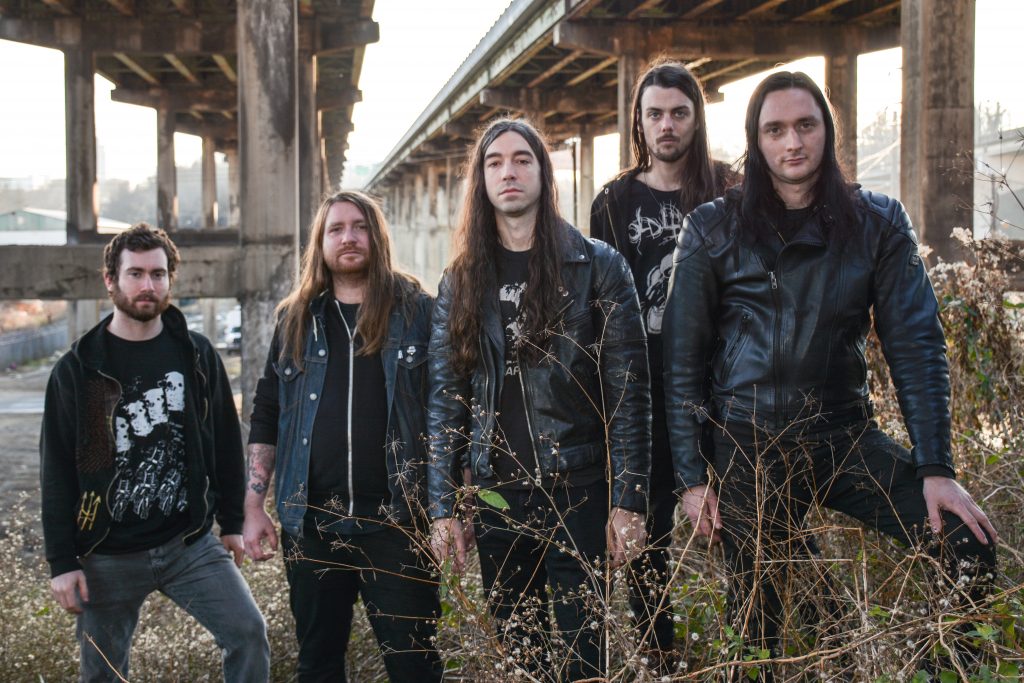 The phrase “beyond the infinite” is incomprehensible. What does that mean anyway, to be “beyond” something that the human mind can hardly comprehend? It’s a mysterious phrase that, in the context of Prisoner’s music, becomes terrifying: it’s the name of the title track of Prisoner’s latest release, an eerie collage of samples that slowly morphs into a slow, ominous metal track.

Guitarist Dan Finn notes that the phrase is a direct reference to 2001: A Space Odyssey — the last section of the film is called “Jupiter And Beyond The Infinite.” He arranged the first half of the track only using samples from the film, seeking to create a “sonic analogue” to the trippy, somewhat terrifying wormhole sequence featured in the last part of 2001, and it certainly works as such. It also works as a mid/late album palate cleanser, a slight respite from the assault of crust-influenced hardcore and atmospheric sludge that precedes it.

That’s not to say that Beyond The Infinite is all about pummeling the listener into submission — the album is a fairly diverse mix of influences and sounds, which combine to create a unique and largely cohesive whole. For Prisoners, the album is the product of years of work.

“After Fear Is The Mind-Killer, we had a few songs written but wanted to focus on writing a cohesive 30-40 minute album for vinyl release” guitarist/vocalist Pete Rozsa explained. “We wrote all of our songs for the next two years thinking of how they would run together as an album and which side/what order they would appear in.”

In addition to the concentrated effort to produce an album that flows well throughout, Rosza’s push to incorporate more electronic elements, and Finn’s heavier involvement in the songwriting process  (due to a move from Brooklyn to D.C.) helped to produce Prisoner’s most textured, detailed work to date.

“We made a conscious shift for this material” Finn described. “We had a lot of enthusiastic discussions about expanding the influences that could be brought to bear on what we’d been doing, and how electronics could help open up some of those directions.”

The industrial elements and samples didn’t exactly materialize out of nowhere though — Rosza’s solo electronic project R Complex proved to have some crossover appeal with Prisoner, according to Finn. “What Pete gets up to in R Complex was influential” he remarked. “He had the concept for what became ‘Elapse’ really early on and there’s a strong R Complex vibe to the first half of that track.”

Far from being an afterthought or window dressing, the electronic elements are a fully integrated part of Prisoner’s writing process. According to Rosza, many songs start out as strings of guitar riffs that are shaped into songs through practice and tinkering with parts, but a synth and drum machine progression can just as easily serve as a starting point.

Electronic elements can also help potential Prisoner songs coalesce into more complete compositions, like in the case of album closer “Abyss,” a song that started out as a late-night jam on one riff. Vocalist Justin Hast came up with a synth part to lead the song off, and the rhythm section (drummer Joel Hansen and bassist Tommy Brewer) came up with a compelling ending.

On the other hand, album opener “Disintegration Of Time” started simply with an A part going into a B part, but instead of complicating the song by adding more parts, the band opted to fold electronic elements in to create something structurally simple, yet texturally dense and complex. While the recorded versions of those songs are excellent, one has to imagine how heavy they must be live. Opportunities to catch Prisoner live in Richmond are sparse, but the band is taking Beyond The Infinite on the road for almost two weeks beginning in November where they’ll get a chance to journey beyond the finite realm of Richmond and show people just what musicians from here are worth.