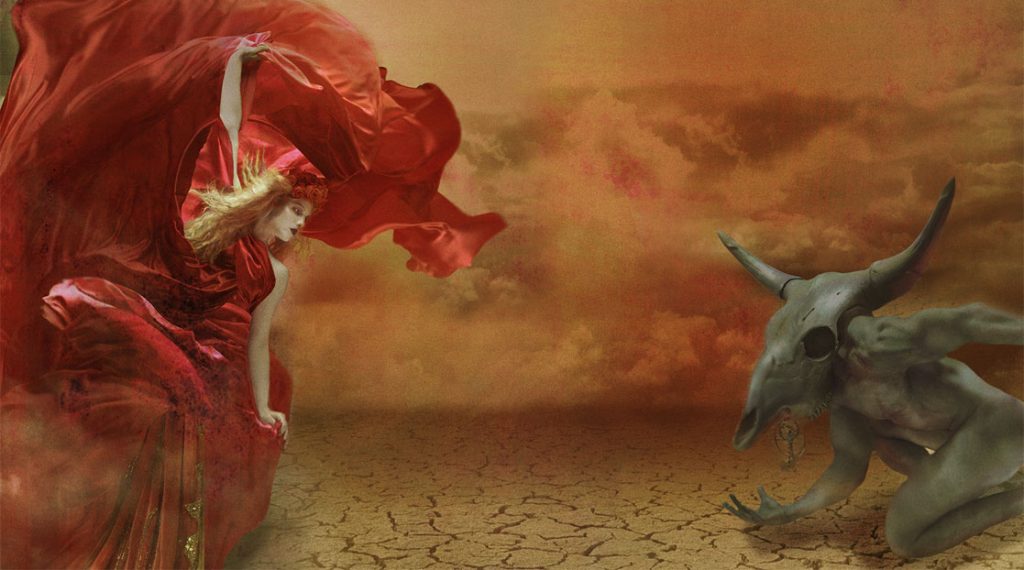 “How is this band not bigger?” That’s a thought music lovers probably have on a daily basis as they discover new groups, but there is perhaps no band more deserving of this head-scratcher than North C

“How is this band not bigger?” That’s a thought music lovers probably have on a daily basis as they discover new groups, but there is perhaps no band more deserving of this head-scratcher than North Carolina’s own Delta Rae. Seriously, listen to their expertly crafted songs, watch any of their fascinating music videos, or just learn about their backstory a bit more and you’ll seriously be thinking, “how is this band not bigger?” Don’t get me wrong though – the six piece isn’t some small-time band struggling to make ends meet and drawing only twenty people to a venue. No, they’ve been a favorite of blogs, publications, and festivals since before their first album even came out and if you really look at those glowing pieces on them, you’ll find the same common thought surfacing each time: “how is this band not bigger?”

Perhaps it’s telling of the state of the music industry today when a band with the raw talent and musical knowledge of Delta Rae can’t cross over into the mainstream. Richmond wouldn’t know though – we’ve been enjoying Delta Rae since the band’s inception and have seen them grow and grow over the years. From their first shows at Capital Ale House’s intimate side room to their headlining show at The National, the band has easily made Richmond one of their true trusted cities, even if it wasn’t always easy for them.

“Richmond was a place where we came a lot early on,” singer Ian Hölljes began. “We have family in the area. Aunt, Uncle, and cousins all in Midlothian so Richmond was a place that we’d already had a really fond association with so it was a natural place to travel there from Raleigh when we were first starting out, but it’s a tough place to grow venues wise. We started out at Capital Ale House and we could come back every couple of months and see big growth. Things continued to grow thanks to us signing to Warner Brothers and getting more press through our first album so we wanted to make a jump to a bigger venue like The National, but that was so big that it was kind of tough for us to find our home. It’s been a challenge, but Richmond is a place that we love and we feel really lucky about our fanbase there. It was really one of the first places where we put a stake in the ground outside of our town when we started to build organically.”

Ian started the band in 2009 with his brother Eric, a year before Eric would really make his name known in the music world thanks to the surprise hit “Cooler Than Me,” a song he co-wrote with his college friend Mike Posner. Ian and Eric grabbed their sister Brittany and childhood friend Liz Hopkins to round out the group and started writing amazing songs like “Bottom Of The River” and “If I Loved You” that featured stellar vocal performances and complex harmonies. By the middle of 2010, the band added Grant Emerson on bass and Mike McKee on drums to flesh out their sound more and began quickly winning over fans left and right with their absolutely insane performances.

In 2010, the band signed to the Sire record label, a division of Warner Brothers, and saw their debut album, Carry The Fire come out two years later to extremely strong reviews. This past April, the band put out their second album, After It All, which pushed their intricate sound and deep band mythology in a bolder direction, something Ian pointed to being a product of the band using their time a lot more efficiently.

“It ended up being pretty similar to the first album in terms of songwriting time. We started as band in 2009 and released our first album in 2012 so that’s three years of writing and generating ideas and figuring things out. With After It All. we released it in 2015 so we had close to the same amount of time for preparation. In a lot of ways, it felt more luxurious making this record in that we had the time to vet the songs and live them in a way we never got to do with the first record, despite having a lot of time to write. When we started our Kickstarter campaign, raised the money, got in the studio, and wrapped up, it was all in the span of six to nine months from start to finish and it felt really aggressive and fast/ For this one, we had a bit more time to work on it and a lot more control.”

Still, it’s not terribly hard for the band to whip up a new album considering the sheer volume of songs the band has created over the years since first coming together. “We do have a pretty big stockpile of songs,” admitted Ian, “but they’re maybe like decommissioned weaponry in some instances. I think a lot of those songs are buried in the past. We tried resurrecting some of them for the new album, but it’s hard when you grow as a band to reincorporate things that were written a long time ago because you grow emotionally and as an artist. For me, the songs that were written the longest ago were the ones that felt the most uncomfortable to put on the new album. I think it just makes sense to keep moving with your new material. It feels the freshest and the most vital as a performer and an artist.”

With six strong personalities and four equally talented singers in the mix, the songs come together quickly, mostly because as Ian explained, they are quick to present ideas or fragments of the songs to the rest of the band as soon as possible in order to let each person’s individual character shape each song. This helps to clarify what so many fans and critics find appealing about the band’s music – there’s an emotional resonance in each song that comes from a very real place, even if the topics wildly vary from style to style.

The band’s ability to adjust their plans also allows this emotional resonance to come through more as Ian described when talking about their song “Chasing Twisters,” that was first released on an EP of the same name in 2013. “I had envisioned myself singing that song and I was bringing it to the band and singing it a lot when Liz came up to me. She said the song really meant a lot to her and she’d like to try it. From the first go, she sound so much better that it was a no brainer and that’s how it tends to happen some of times.” As seen with that ability to change with the snap of a finger, it’s easy to see that the band is constantly evolving as well. Even now, they’re working on a style that shy away from the soloist being the focal point of each song. Instead, the combined vocals and harmonies that people have been celebrating for years will take center stage, a concept Ian says they are excited to bring to the band moving forward.

Still though, it’s not always an easy path, even if the band will freely admit that they had more luck than most. Ian is more than willing to reveal the band has suffered through every type of crisis imaginable in the time they’ve been together whether it was struggling financially or being hesitant to jump in one hundred percent, but the band’s success and evolution overshadows any type of crisis that could arise. “It’s a living body being in a band,” Ian stated. “It’s artistic, creative, and passionate. All of those things make it a powerful entity, but also make it a challenging enterprise to bring cohesion and stability to. It’s been a very multi-faceted, rewarding, and challenging couple of years that I wouldn’t trade anything for.”

All of this reaches full clarity when you hear their songs or, even better, see them live. Whether through headphones or through a front row seat, that powerful entity truly comes to life as the band explores southern mythologies for their imagery and completely lose themselves in the music to deliver absolutely spectacular performance that drip with raw emotion. Considering how much the group has grown since 2009, it doesn’t seem like we’ll be able to say it too much longer, but seriously – how is this band not bigger?

Delta Rae return to Richmond at The Broadberry tomorrow night, July 24th, alongside Liz Longley. For more information on the show and where to buy tickets, click here.