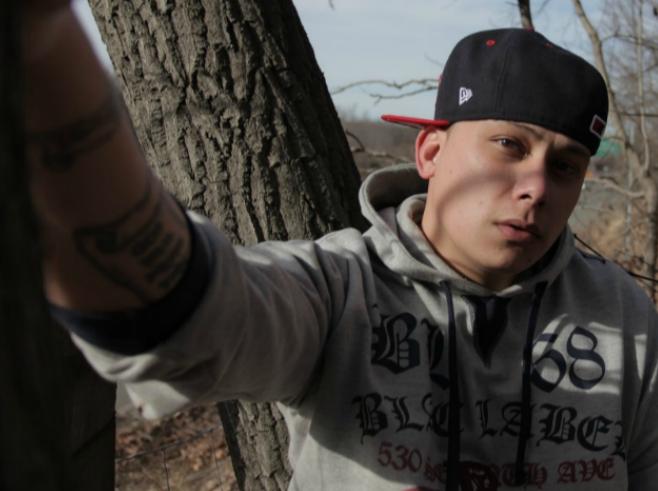 When I met Noah O nearly ten years ago, he appeared from a distance to have a chip on his shoulder. Based on his rough exterior, dressed in baggy colorful clothes, I assumed he was a common thug and labeled him unapproachable. Looking back, I am grateful the universe saw fit to reveal to me the error in my assumptions. I would have been denied the experience of interacting with one of the few genuine, honest, inspiring and talented people I have been blessed to know. Common thug he was not.

I remember wishing I had half the resilience he exhibited, and walked away from our interaction both inspired by him and ashamed by my initial assumptions. We shared several more experiences over the next few years, and I was fortunate to work with him on his first music video and a compilation album titled All Roads Lead To Richmond. Since those days, he’s come a long way, especially in light of the recent success of his “I Got It” video, which we discuss below.

Noah wears many hats–he’s not just a rapper but an MC, a husband and a father, who has at times worked two jobs make ends meet. But on top of all the hats Noah O wears is that of a teacher. Some people might think his sound is not for them; I beg to differ. The positive messages, the inspiration, the wisdom, the passion for life, and the love for those he keeps close to his chest–those things are for everyone. We could all learn a lot from Noah O, so I sat down with him in the smoking room at Café Diem to celebrate his recent accomplishments and defuse any snap judgements people may have about this Richmond MC. 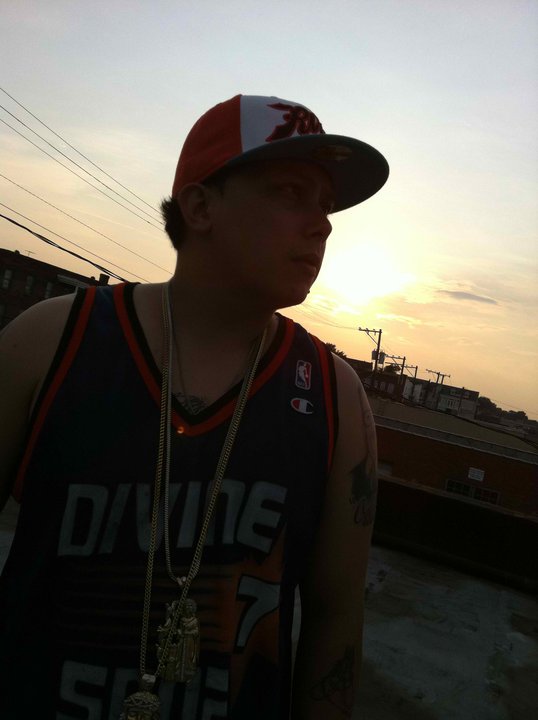 Last time I saw you, Devine Sunz was still going strong. Did DS call it quits?

My other group members had started getting involved in production. The heavier they got into production, [the more] DS began to take a back seat. During that time, I just started growing more into my solo thing. I was encouraging them to do their production, but I met a lot of younger guys who had home studio set-ups, [and] I just started recording by myself. I ended up with a lot of material, and I decided to put a mixtape out. People started liking the stuff I was doing solo, and we just never came back together as a group.

What’s the story on why you started Charged Up Entertainment LLC instead of just shopping to major labels?

I didn’t have anybody who ever took to me and said: “Hey, I like what you’re doing. Let me walk you into this major label.” [Charged Up Entertainment] was born out of necessity. If nobody’s there to pick you up, you pick yourself up and do what you’ve got to do to get what you want. I looked at other people who were successful and followed their blueprint that I saw. I started my own company. I went and got a lawyer. Everything else just fell into place.

“I Got It” recently premiered on MTV Jams. How’s that feel and what’s the response been like since?

The feeling is great! People are beginning to see that it’s for real, and it’s helping to inspire other artists, especially in this area. You don’t have to be with a major [label] if you believe. Like, I believe in myself. Nobody can claim credit for what we are doing but us. We’ve just been on our own. [taking it to] independent, small AM/FM radio stations, independent magazines and Internet radio – whoever would listen. I treated ‘em like they were BET and MTV, and I’ll do that forever. People have to realize that you have all the channels at your disposal; you just have to take advantage of them.

(Holds up his cell phone) [“I Got It”] just came on [MTV] like forty minutes ago. Every time it comes on, people start blowing my cell phone up. This is really significant. People around the country are recognizing Virginia right now. They’ve seen Clipse, Chris Brown and Trey Songz, but this is history because we’re independent. [The “I Got It” video shoot] was at The Camel. I didn’t spend a bunch of money and have a bunch of cars or women in it. It’s just raw hip-hop. I wanted to show Richmond, Virginia. It’s a bunch of people holding up PBRs rocking in the club in the middle of the week. I wanted people to see that. It captures who we are. 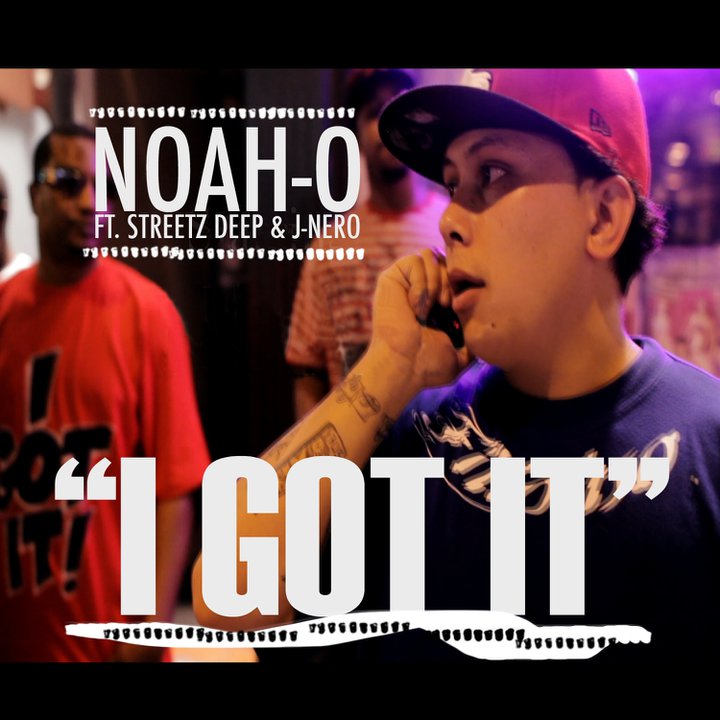 “I Got It” is off of your forthcoming album Struggle Music. My research stated that it was dated to be released in 09, then 2010, but I can’t find it or any further info on the album. What’s the deal?

We had been pushing “I Got It” for two years. It was featured in O-Zone Magazine. It took a year of pushing it before we filmed the video last September. MTV has had the video since January. It’s a long process from pushing something til it finally catches on and people are familiar with it. But I definitely feel [“Winning”] shows more range and more who I am.

Him and I just knocked out the song that’s going to be the intro for the album. Bobby is incredibly talented. He’s a VCU student who’s barely old enough to drink. I met him from throwing beat battles. Bobby went from winning beat battles at The Camel twice [to making] a track for Waka Flocka Flame. Now he’s in talks with major labels that want to sign him. He’s a kid and I just tried to take him under my wing. I didn’t try to sign him to anything exclusive because I wanted him to be able to get into the best situation for him. I just want to see people who are talented be successful. Bobby is family. 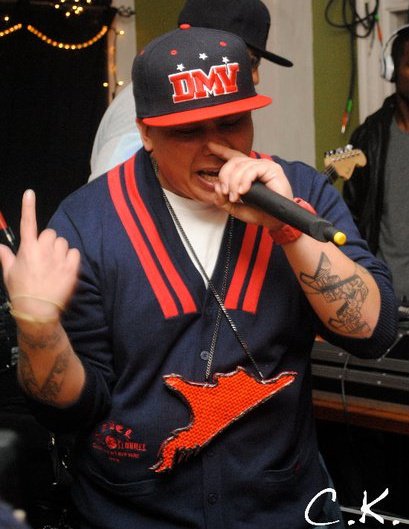 “Oh My” is a track that addresses social inequalities and shows your range as not only a rapper, but also a deep thinker. Can we look forward to other tracks like “Oh My” on Struggle Music?

Definitely. I really wanted “Oh My” to be the second single. We made “Oh My” right after Obama became president. I feel that the things I touched on, people are still going through. It’s a hard time right now. People don’t have a lot of money, including myself. People are going through a lot of struggle and pain. That’s why I named the album [Struggle Music]. A lot of people just see “I Got It” and that’s all they see. “I Got It” is a bouncy song and I knew it would get attention, but when people delve deep into my material they’ll see things that are more like classic hip-hop. That’s what I want to do and have a passion for. Just making music that addresses what people are going through.

Do you feel that a message of materialism and excess is necessary for a rapper to achieve mainstream success in today’s market?

Nope. People aren’t living it. For example, Wiz Khalifa is successful, but he talks about getting high and having fun. I feel you just need to be true to yourself as an artist and you’ll find people out there that relate to you. Before, people only got exposed to what the system wanted them to be exposed to. With the internet, whatever you want, you can go and find. 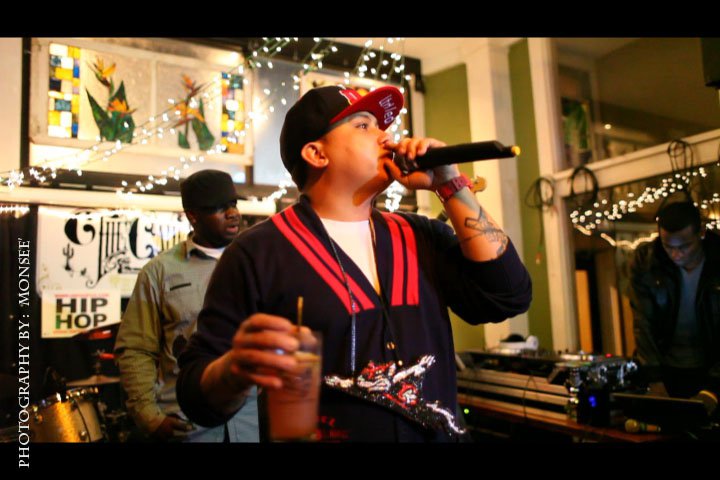 Do your kids have any influence on your music?

Definitely. I try to be conscious of what I say. I don’t want to put anything out there that influences anyone negatively. Of course I make stuff my kids can listen to, but at the same time there’s stuff I don’t want them exposed to, like the things that have happened in my life that they’ll better understand once they’re adults. I want my music to be fun, socially conscious and relevant.

Tell me about VyAy (Virginia Youth Are Yearning).

We give back to the community and try to keep [kids] out of trouble with performing arts. When I was growing up, I had a mother that recognized that I was into music and the arts, and so she pushed me in that direction. A lot of kids don’t have anybody around them sane enough to recognize their gifts, to push them down that road. Hopefully we can help some kids. Some of the other members of Charged Up, Freeze and Steve (Fire Marshal Skrill of Devine Sunz) just completed a course at Henderson Middle School, an after-school program teaching kids about music. They taught kids how to produce music, to perform, and at the end of the program they had a talent show. With the way our budget for education is getting cut, things like this are really important.