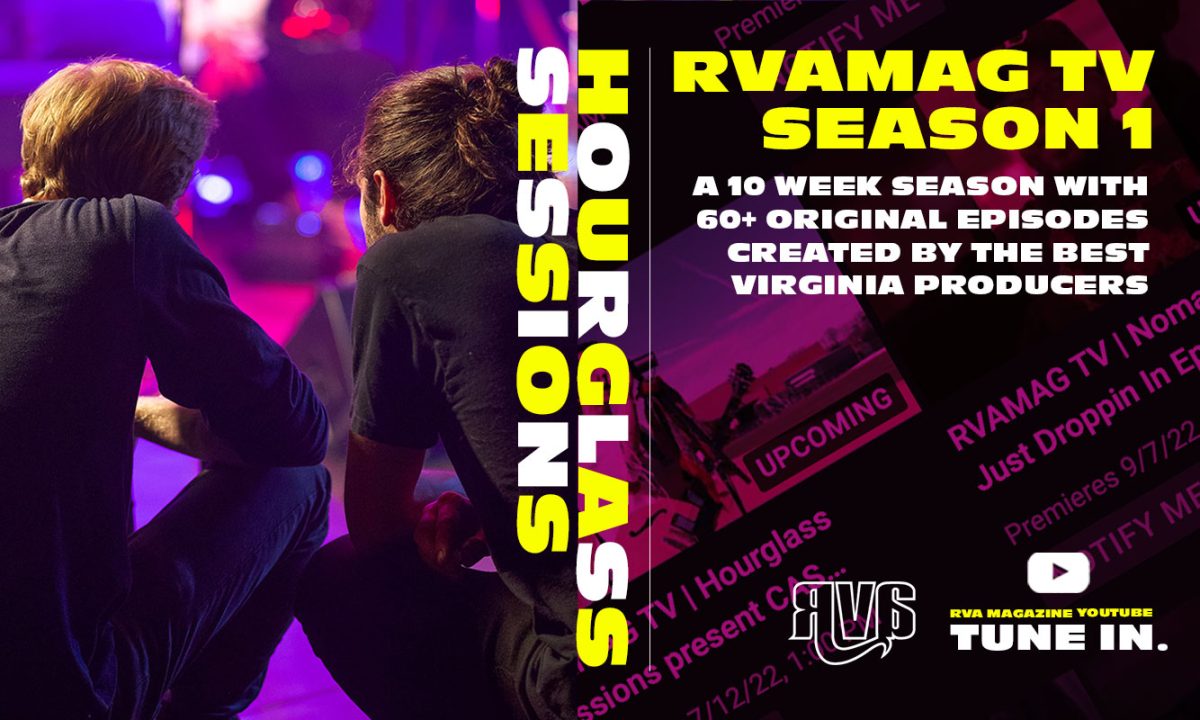 A global pandemic can give a person a lot of time to think. If there’s one thing we’ve learned from the social upheaval of the past two years, it’s that a lot of unforeseen things can happen when people are stuck at home, spending way too much time together. From bored late-night conversations fueled by cheap booze, all sorts of new ideas can evolve. That’s what happened in the lives of Tyler Scheerschmidt and Dillon Douglasson, who were roommates when the pandemic broke out. Sitting around talking about their love of local music led the duo to take a chance on a new idea, and from that idea, Hourglass Sessions was born. Since then, the two have learned a great deal about the next wave of Richmond music. Luckily for us all, they’ve also brought everything they’ve learned to the small screen with Hourglass Sessions — currently a part of RVA Mag TV, Season 1. Check out Hourglass Sessions — and everything else RVA Mag TV has to offer — right here. Then come right back and read our interview with Tyler and Dillon from Hourglass Sessions.

R. Anthony Harris: Tell us a little bit of who you are.

Dillon Douglasson: I’m an audio engineer, musician, director and actor. I went to VCU and got my BFA in Performing Arts. I currently live in Richmond as an audio freelancer. My whole life has been music-centric — growing up on the road, touring with my mother’s tribute to Patsy Cline. Everyone in my family is a musician and I can’t remember a time when I wasn’t in a band or musical group of some kind.

Tyler Scheerschimidt: I’m a cinematographer, director, editor, and musician currently working as a freelancer in the city, in addition to running the Hourglass Sessions with Dillon. Got my BFA in Cinema at VCU in 2018. It’s funny, we both have very similar backgrounds; so similar that we actually grew up five minutes from each other and didn’t know it until we were in high school. For me, music was a huge center point of my life growing up. I played in a number of bands, many of which included my sister, Abbe. Through playing music and being involved in the drama program in high school, I met Dillon, and we now live together in an old VCU Theatre party house in the Fan.

RAH: How did you get started making content before this?

TS: Ultimately I started making videos on my dad’s old camcorder. Neighborhood friends would get together, and we would film the stupidest sketches you could imagine. But making those were some of the best parts of my childhood and had a huge impact on me. Eventually I learned that you could make a living off of filming, and that’s pretty much what I’ve done ever since. Weddings, corporate jobs, interviews, you name it. I’ve almost always gravitated towards doing music videos though, since I love music so much. My first music video was actually for Dillon’s brother’s band called Swell Daze. They’ve been a great way to bridge my passions and challenge me creatively.

DD: I was first taught live audio by my father, who was an engineer for a number of years while I was growing up. I soon got more into the recording side of things and taught myself from there on out. Just before Hourglass started, I had been doing a lot of composing and sound design for theater productions and a movie me and T both worked on called Welcome To the Show, which he was editing. So we worked very closely together for many months before Hourglass started. As to how I got these jobs, it was kind of just being in the right place at the right time, and I knew I was capable and offered. It was never something I thought would be my full time occupation, as I went to school for acting. But during the pandemic, there wasn’t much of that work going around.

RAH: How did this project come about?

TS: Hourglass Sessions began as a regular job for me. Former Richmond artist Shy Lennox invited me to his apartment and we filmed a super stripped-down live performance. The way we filmed it and just the vibe of the shoot in general, we knew it was something that could become bigger. I told Dillon about the idea, and he was on board right away as a co-founder and sound engineer. We both were huge fans of watching live recordings of Vulfpeck and various other artists; we wanted to give that kind of content and quality to all the great musicians in the city. From there, we were on track to film some sessions for other artists in the series, but COVID hit just as things were starting to pick up. We tried to use the situation to our advantage as best we could, refining the style by filming our housemates, who luckily were all great musicians. As bands got more comfortable coming out of lockdown and took notice of the videos we were putting up, we finally began collaborating with other artists in the city, and started getting to know the music community here.

RAH: What has been the best part of making this stuff?

DD: Collaboration. Working together with all of these amazing artists, getting to know them and their styles, has really been what drives our platform. It’s the reason every video is unique and personal for the artist. We really let them guide the conception of each video, giving our input and production knowledge when it’s needed. But at the end of the day, we want them to feel personally accomplished and as proud and happy as we are with the end result. And really it’s been the friendships and connections that we’ve cultivated working with these amazing artists and other people in the industry that make it all worthwhile. At the end of the day we just want everyone to have fun and enjoy the process.

RAH: What have you got planned for the rest of the year?

TS: Much of the past year has been experimentation, and I think that is something that you’ll continue to see from us for the remainder of 2022 and beyond. We’ve branched out into doing lots of other forms of video production content. Throughout the summer, in addition to being a part of RVA MAG TV Season 1, we are releasing a series of live performances with Butcher Brown, the first of which came out pretty recently. We’re also getting back into regular music video work, our most recent being with No BS! Brass, for a pretty wild music video that’ll be coming out this fall. In addition we’ve been offering our services in filming live concerts around town, our favorite of which was with Cory Wong at Brown’s Island. All in all though, we gauge our workflow from what we believe best services the community. Right now, we think that means less live streams and more focus on the core Hourglass Sessions series. So, anyone who’s interested in doing one, please don’t be afraid to reach out to us! 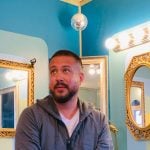