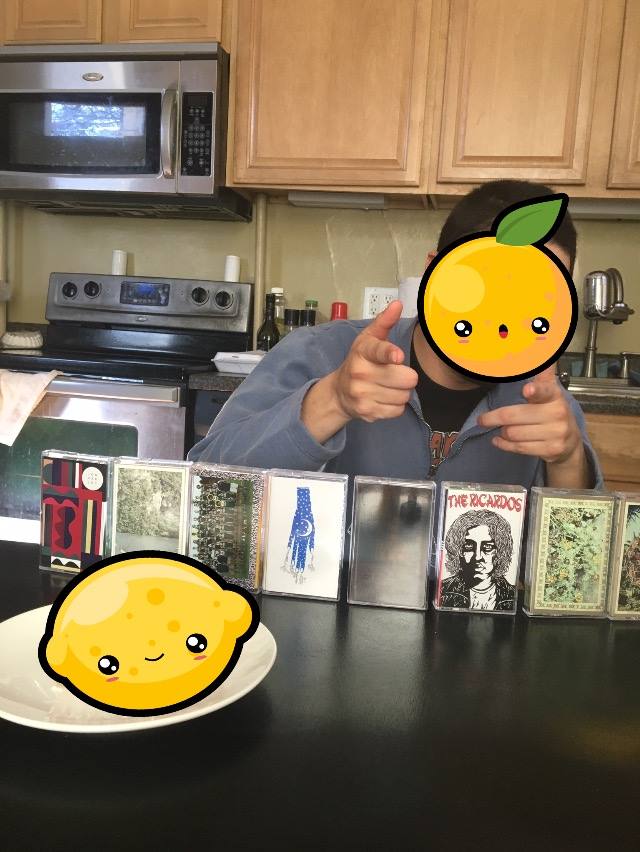 At first glance, Citrus City Records might seem like your typical local record label. Two friends met in college, wanted to get involved in the music industry and started a label with bands they met and liked.

But then you check out their catalog and realize there isn’t much typical about the lineup of acts they’ve released. Richmond-based up inde-rock bands Camp Howard and Lance Bangs (formerly Collin Thibodeauxx) make sense, but they’re right next to HALA, a musician from Detroit. Keep clicking and you find the self-titled EP from London-based Teen Brains or Bedroom Recordings from Madrid’s Lois, and much more. So what ties it all together?

“I’ve been really noticing so far, that whenever we go back and listen to the catalog that there’s sort of just a fun vibe to the bands, it’s feelgood,” Lemus said. “I think that’s what we’re really into, just bands that will get people in a nice happy mood.”

Lemus started the label with Rene Franco after the two met at Northern Virginia Community College. They now both study at VCU, with Franco learning the sound engineering side of things and Lemus majoring in Public Relations.

And the label they’ve built has (in turn) built quite a bit of buzz. Their Bandcamp features 19 releases, mostly limited runs and exclusively on cassette tape. Almost all of the distribution is done at shows and online, with some exceptions appearing in local record shops.

“We always bounce off ideas of how we can get people in Richmond to listen to, like, a band from France,” Lemus said. “Or we’re trying to get people in France interested in a little tape label in Richmond, Virginia. So we just always try to keep everything casual and grassroots. Just sharing the music friends and they like it and they share it. … Just old school word of mouth.”

While the label’s small and the two are still in school, Lemus and Franco are hands-on and attentive to the details according to one of Citrus City’s most recent additions, Richmond-based jangle pop newcomers Young Scum.

“[Working with Citrus City] has been awesome,” frontman Chris Smith said. “Since we’re not that old of a band we’ve only ever done everything ourselves. So now Manny does all the PR and all the production stuff for the record. I was just sending him the tracks and stuff and was like, ‘So what do you want us to do?’ And he’s like ‘No, man, I got it. I’ll do it all’.”

That attention to detail, Smith said, extends to the design and the timing of the tapes as well.

“They take a lot of care in their product and they’re very specific with the production of the tapes and making sure they look very nice,” Smith said. “He wants them to be a really nice collectible for people to buy at the show and something like a really nice memoir for fans to home. He doesn’t want it to just be another throwaway release.”

While Smith and Lemus had heard about each other for some time, the two didn’t meet until Citrus City was booking a show at Strange Matter and called up to see if Young Scum wanted to play.

Smith was already a fan of a lot of the label’s bands and how it operated.

“We met them at the show, hit it off and a little while passed and Manny just messaged me out of the blue one day like, ‘Hey, let’s put out a record.’ And I was like, ‘Cool,’” Smith said. “It was a big deal to us because Citrus City was one of the up and coming labels in town that we were really excited to see their releases come out.”

Now the band’s preparing to release an EP with the label July 24. Fans can pre-order one of the 30 azure tapes they’ll be dropping now. Otherwise, Lemus said to just keep looking out for new music and from the label’s local artists.

Ultimately, for Lemus and Franco it comes down to liking the music they put out and wanting to bring underground or lesser-known artists to new audiences.

“I’m really truly frans of the music of these bands so for me it’s just an honor that they would be interested in working with someone just randomly,” Lemus said. “We aren’t really that well established and these bands have chances to work with people that are more established … but the way we pitch it is that we just want to help out and I guess they just see that we’re just honest people that really like the music.