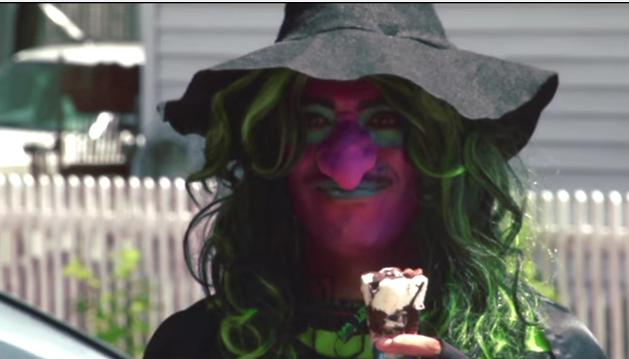 The Milkstains are one of RVA’s best Psych/Surf/Trash/Punk bands and there should be little debate about that.

The Milkstains are one of RVA’s best Psych/Surf/Trash/Punk bands and there should be little debate about that.

So when they dropped a new video earlier this week for their new single, “Sink or Swim,” we were pumped to help them out and even more pumped when the video didn’t suck.

Check out the Halloween-esk, but unseasonably warm, video below:

Featuring Raph Katchinoff on drums, Gabe Lopez on ‘Thud Staff’ and vox, and John Sizemore on guitar, Baritone guitar, and vox, the Milkstains have once again released a solid, heavy track with “Sink or Swim.”

“I wanted it to be a love letter to Richmond as I knew it,” said the video’s director, PJ Desutter, whose part of SpaceCamp Productions. Desutter said RVA is a “city where outsiders could make themselves at home, and I wanted to be true to that.”

Sure enough the video features a skateboarding witch running around the city, pissing off cops, hitting notable spots like The Lost Bowl, and finally ending up at the local house show space OUR House.

Katchinoff came up with the structure of the video, a kind of skateboarding odyssey through RVA, and then ending with the house show climax.

“The witch on a skateboard, beyond feeling kinda punk and being a memorable image, also gave us a weirdo female protagonist with heavy queer connotations,” Desutter said about the witchy lead “cackling, colorful, queer-femme diva-monster shredding through the city and fucking with people for her own amusement.”

To the director, it “felt like an easy hero to root for and felt quintessentially Richmond.”

The song itself was recorded this past winter at The Virginia Moonwalker Studio near Studley, Virginia with Producer Russell Lacy. It’s one of a few songs they laid down during the session

Katchinoff said “Sink or Swim” was written organically on the spot “after a day of playing catch, shotgunning beers and drinking lots of mimosas.”

Katchinoff reached out to Desutter in January to start the process of shooting the video, they new each other through the VCU alt-music blog The Horn. By this past summer, the band and Desutter had nailed down shooting locations and a storyboard.

The use of the “legendary house venue” was particularly important for Katchinoff; “we’ve spent years getting sweaty and soaked in beer at OUR House,” he said.

The entire video was shot over a weekend in June, hence the tank tops and shorts which we are all jealous of right now.

“Sink or Swim” is a preview for a new 7″ The Milkstains are aiming to release along side another, unnamed track. There’s no release date set yet, but keep an eye out and we’ll be sure to let you know when it drops.

You can catch the Milkstains when they play with Turbo Fruits, White Myster, and Strange Fruits at Smatter on 10/26. You can pick up tickets early here!